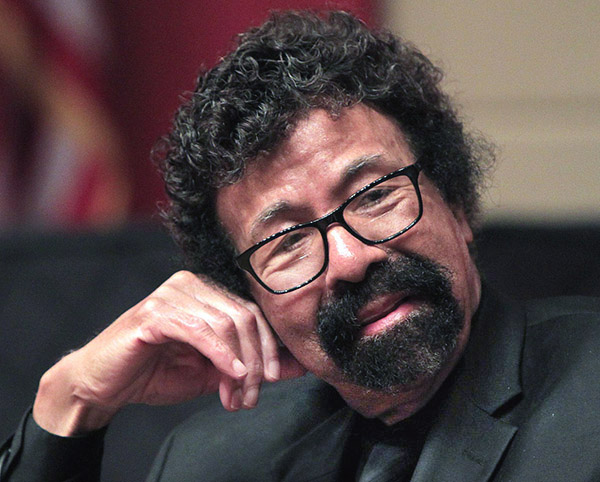 “Boogie Woogie” from David Baker’s piano trio Roots II, which takes inspiration from African-American-based popular music, drew violinist Diaz and pianist Coleman together. The ensemble through an exciting rock-like movement, which as the title suggests derives from the mid-century boogie woogie style. Coleman led the ensemble with his left-hand bass lines throughout, hands gliding across the keys as though they were not touching them. Diaz and Muller-Szeraws started together in a direct unison passage, which took the reviewer a moment to realize; Diaz and Muller-Szeraws blended so well together that at first it seemed that the cello was not actually playing. Coleman’s piano solo, confident and self-assured without being overpowering, provided one of the major highlights. The piece, though, felt a little too polite in one of the middle sections; this rests more upon Baker than the performers.

Pearson’s arrangements of William Bolcom’s “Last Rag,” “Graceful Ghost Rag,” and “Old Adam” were rather utilitarian. The timbre of the oboe, playing the highest part of the original piano version’s right-hand,  worked well in the mix. Pearson floated over the piano throughout, with Coleman supporting her very well; the pair’s understanding of ragtime playing also is of note, as the nature of the swing rhythm changed in each of the rags as needed; lesser players would have manged this. “Old Adam,” took the first prize, as the interplay between the two instruments peaked there.

Only the Bernstein Mass transcription, Meditation No. 3 for cello and piano, departed from the concert’s explicitly-dance theme. Muller-Szeraws joined Coleman in the journey through the longest number of the night, the cello and piano supplemented with auxiliary percussion (Coleman with a frame drum and Muller-Szeraws with tambourine and some foot stomping). Muller-Szeraws’s schizophrenic and spindly playing aided the uncertain character (being derived from the Mass which questions the nature of belief) so much so that his playing felt almost improvisatory in nature. Coleman and Muller-Szeraws delivered on the wide palette of colors throughout, though perhaps Bernstein could have contracted some of the later chorale writing keep the piece moving and the cello active.

Guillaume Connesson’s Disco-Toccata for clarinet and cello, arguably, had the shakiest foundation at first glance. Did disco not die in the 1970s, and now we have a disco tune for clarinet and cello? Very strange indeed. Though the idea seemed preposterous at first, it became one of the two main highlights of the evening. Written as an encore for friends of his, Connesson clearly loves the style, as though ripped right out of Saturday Night Fever. It was not a parody either, sounding entirely genuine. Moore and Muller-Szeraws sold it all, especially Moore who furiously led the charge on the melody throughout. Muller-Szeraws, no slouch either, effortlessly supported the activity with an intense accompaniment.

Moore absolutely shredded through the Lecuonerias movement from Paquito D’Rivera’s Cape Cod Files, a solo work for clarinet inspired by Cuban dance music. This reviewer sometimes has issues with solo clarinet, as unless the composer is careful with how the writing moves through the instrument’s distinctive registers; the final result can feel stuck and bland with color. Not D’Rivera. Moore slid all across the clarinet’s range, connecting long lines together as though five people were playing. This reviewer wishes he’d heard the entire suite rather than just one section.

Coleman’s own composition, Sonata con Fusion for violin and piano, followed. Written during Coleman’s undergraduate period at Boston University back in the early 1990s and only recently engraved though computer software, the sonata ss a combination of different popular musical styles that he enjoyed fusing. Coleman and Diaz were unstoppable forces of nature. They made challenging passages of aggressive rhythmic playing spanning the entire range of each respective instrument seem child’s play. Coleman’s relentless energy kept the pace of the accompanied solo up throughout its run time. That also might be somewhat to its detriment too, as the highly original and insanely enjoyable “Hip-Hop,” last movement kept up the same intensity as the first and second ones, “Miss-Elaine-eous” and “E-ffusion,” leaving the audience breathless. Perhaps some expansion of the slower sections of “E-ffusion” might have helped the last movement stand out more. Such contrast might improve an already fantastic addition to the violin repertoire.

The entire quintet ended the night with Astor Piazzolla’s Libertango, an absolute masterpiece. This setting allowed the not-quite-Pierrot ensemble to show what they could do together, each voice blending in and out of the background in short and definitive highlight passages. The string players also improvised some percussion sounds, with Diaz playing short scratches on the opposite side of the violin bridge and Muller-Szeraws tapping on the body of his cello. Nothing felt superfluous, and nothing from the original went missing.

If this reviewer were a judge on Dancing with the Stars, Winsor Music would get the Mirror Ball Trophy. Their breadth of understanding in different musical styles was very refreshing to hear, as the music of dance is not the endless string of baroque dances classical music concerts often dispense. Winsor Music made disco, tango, hip-hop, and boogie woogie welcome in the concert hall.