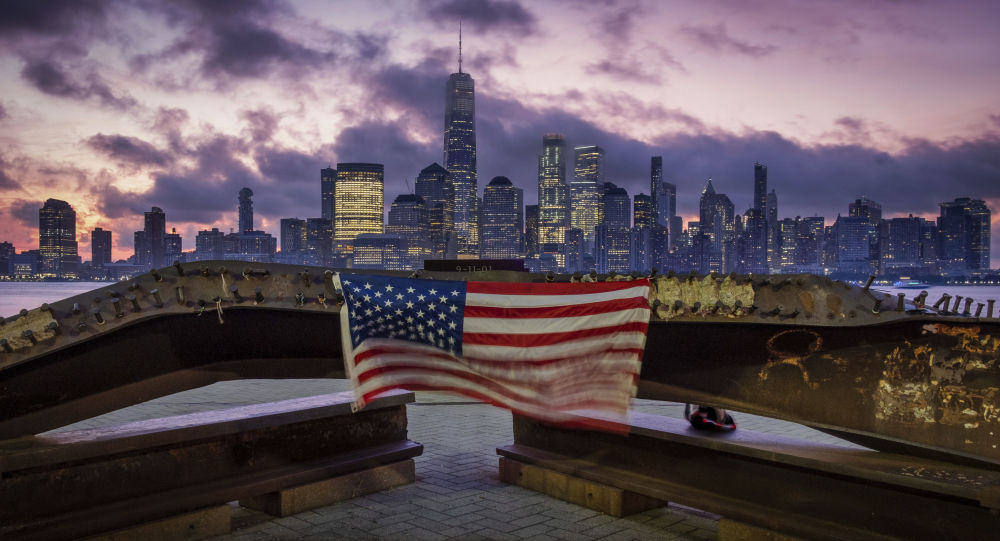 The US Justice Department is expected to release several batches of documents related to the 9/11 terror attacks in the next six months. The first batch is due to be declassified no later than 11 September 2021. Here we examine what has prompted the Biden administration's move.

As the 20th anniversary of 9/11 looms, President Joe Biden signed an executive order on 3 September directing the Department of Justice to declassify the inquiry documents into the terror attacks. According to the president, "information collected and generated in the US government’s investigation of the 9/11 terrorist attacks should now be disclosed, except when the strongest possible reasons counsel otherwise."

Last month, some families of 9/11 victims urged Biden not to attend any memorial events on 11 September this year unless his administration agreed to publicise documents related to the hijackers - 19 men associated with al-Qaeda,* 15 of whom were Saudi Arabian nationals. In July 2021, the 9/11 families sued Saudi Arabia for money, alleging that the country's officials could be complicit in the tragedy. Riyadh resolutely denies official involvement, and the 9/11 Commission also found no connection between the terror attack and the Saudi government.

"The timing for the release of the classified documents may be related to the Biden administration's need to justify the withdrawal from Afghanistan following [Donald] Trump's decision," says Dr Luciano Zaccara, an assistant professor and research coordinator at the Gulf Studies Center at Qatar University.

Biden's chaotic withdrawal from Afghanistan caused his approval rating to plummet. Polling by FiveThirtyEight statistics-pooling website, shows that 48.4 percent of American respondents disapprove of the president's performance in office with his approval rating hovering around 45.9 percent. According to the Washington Examiner, these figures have prompted growing concerns among Democrats who are nearly a year out from 2022 mid-term elections in which they will struggle to maintain their congressional majorities.

"The criticism [Biden] received from inside the country related to the lack of US accomplishments during the past 20 years of occupation focused on the human cost, mainly in American lives, that the occupation represented, demanded such a measure to demonstrate the actions in Afghanistan accomplished the objective of punishing those who were behind the attacks," notes Zaccara.

Under these circumstances, the Biden administration is seeking to set a new foreign policy doctrine of the US regarding the whole Middle East which prioritises its own security concerns over other third countries, the academic highlights. Thus, the long-anticipated release of 9/11 documents could divert public attention from the botched withdrawal of Afghanistan and help identify new priorities, according to the professor.

At the same time, some observers suggest that the documents might cast doubt over Saudi elites, given that most of the 9/11 hijackers were Saudi Arabian nationals. If the forthcoming release contains any material of that kind, "this may certainly erode relations" between Biden and Saudi Crown Prince Mohammed bin Salman, Zaccara suggests.

"We are seeing a greater reluctance by the Biden administration to 'protect' America’s Saudi allies from the release of potentially damaging information regarding the extent of Saudi involvement and subsequent cover-up by both the Saudis and by the Bush administration," echoes Dr Mehran Kamrava, director of the Center for International and Regional Studies and professor of Government at Georgetown University Qatar.

Previously, the Biden administration criticised the crown prince, suggesting that he could be involved in the 2018 murder of Saudi journalist Jamal Khashoggi. On 26 February, the Biden administration released an intelligence report "linking" the crown prince with the incident but providing no evidence to back the claims. Some media suggested at the time that Biden's White House was seeking to "sideline" the powerful prince, known for his sympathy with former president Donald Trump.

Release of the documents related to the Saudi nationals' involvement in 9/11 is "20 years overdue", says Peter Kuznick, professor of History in American University, Washington, DC. According to Kuznick, "this lack of transparency is sometimes simply to avoid embarrassment and sometimes because of geopolitical calculations." Under George W Bush, the US was dependent on Middle Eastern hydrocarbons and tried not to infuriate its allies.

"As Gulf oil diminishes in importance in US foreign policy thinking, the US has been trying to extricate itself to some degree from the region, which is good," the professor notes. "Unfortunately, Biden and the blob think this will free them to confront more aggressively the real antagonists – Russia and China – which is in no one's interest at a time when collaboration is needed on so many fundamental global issues."

Congressman Charlie Wilson, who pushed the US Congress into backing the mujahideen

Docs May Expose US Complicity in 'Creating' Jihadi Criminals

At the same time, however, the documents may also shed some light on the US Cold-War era collaboration with jihadists, Kuznick says. He points out that the US used to train, arm, and finance Afghan Mujahideen in the late Seventies and Eighties in order to use them as Cold War proxies against the USSR. "Those insurgents included Osama bin Laden and other al-Qaeda leaders as well as many of the Taliban*," according to the academic. Washington has long abstained from releasing 9/11 documents apparently because "it could have exposed the US complicity in creating the criminals who hit this country on 9/11," Kuznick suggests.

Meanwhile, on 3 September, CBS released an interview with Danny Gonzalez, a former FBI agent who participated in Operation Encore, the still-secret investigation into the two Saudi hijackers who were based in San Diego. Gonzalez told CBS News that "19 hijackers [could not] commit 3,000 mass murders by themselves," suggesting that they had a US-based support network. According to him, two of the culprits attended flight training in Arizona before the attack.

terrorists were flight training in the US, said of the files, “The evidence is there. I've seen it. But I can't get into specifics because of the protective order.” Operation Encore drilled down on 2 hijackers who lived in San Diego + who helped them. https://t.co/iuU2taNC1V

​It is still unclear whether the release would become a bombshell or whether "the government machinery [would] slow the process, provide excuses and redact documents so heavily that they are meaningless," says Bruce Eagleson, the son of a 9/11 victim who suggested in his September op-ed that "the first test" would be 11 September 2021 when the batch of files is due to be released.

*Al-Qaeda and the Taliban are terrorist organisations banned in Russia and many other states.

The views and opinions expressed in the article do not necessarily reflect those of Sputnik.