Where the Crawdads Sing 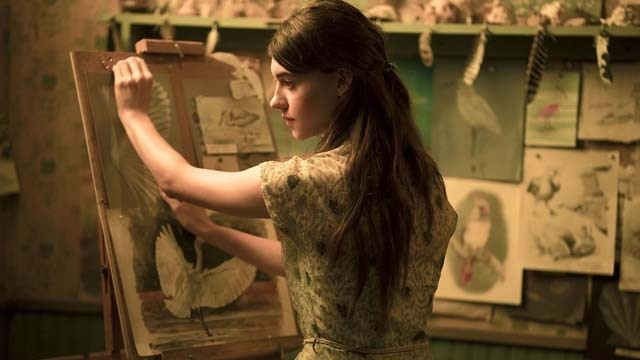 Based on the international bestseller by Delia Owens, Where the Crawdads Sing is directed by Olivia Newman from a script by Lucy Alibar (Beast of the Southern Wild). The tale is engaging, entertaining, and thought-provoking, driven by a cast that fills the screen perfectly and settings that convey both hope and despair.

Kya Clark (Daisy Edgar-Jones) lives alone in the marshes of North Carolina. Her abusive father causes her to be abandoned by her mother and siblings, who flee for safety. When he leaves her as well, Kya has had to find a way to survive on her own for years. Because of this, the locals, who only call her "Marsh Girl," shun her. Living as a loner, she slowly gains the confidence of Tate Walker (Taylor John Smith). But when he seemingly abandons her, she falls in with well-to-do Chase Andrews (Harris Dickinson), and life starts to look up again. That changes when Chase is found dead, and Kya is accused of his murder.

Newman carefully approaches the subjects of abuse, abandonment, and independence in her first theatrical feature-length outing. In doing so, she creates a film that feels utterly natural. The performances she draws from the actors make the filmgoer feel like they're watching something happen in their own town rather than a fictional screen account. The emotion is realistically raw, gut-wrenching, and heartbreaking in this film while also instilling a sense of hope at times. The players, particularly breakout stars Edgar-Jones and Smith, enhance this. They fall into their roles and come across as having real-life conversations rather than reading lines. Undoubtedly, the tight script by Alibar contributed to this. Even though it alternately covers two timelines – Kya growing up and Kya going to trial, there is an organic way to how the story moves back and forth.

Enhancing the film is the excellent cinematography of North Carolina swampland and sets that accurately depict life in the South in the 1950s and 1960s. Just like the actors make audiences feel present in their lives, these features make the viewer feel present in that time, too.

Where the Crawdads Sing isn't a "feel good" movie. But it is an excellent, engaging, and dramatic story that presents life and prejudice in the South during the 1960s very well. Sometimes touching, sometimes wondrous, and occasionally disturbing, the film creates and populates a world that still exists if you look just below the surface of the water.