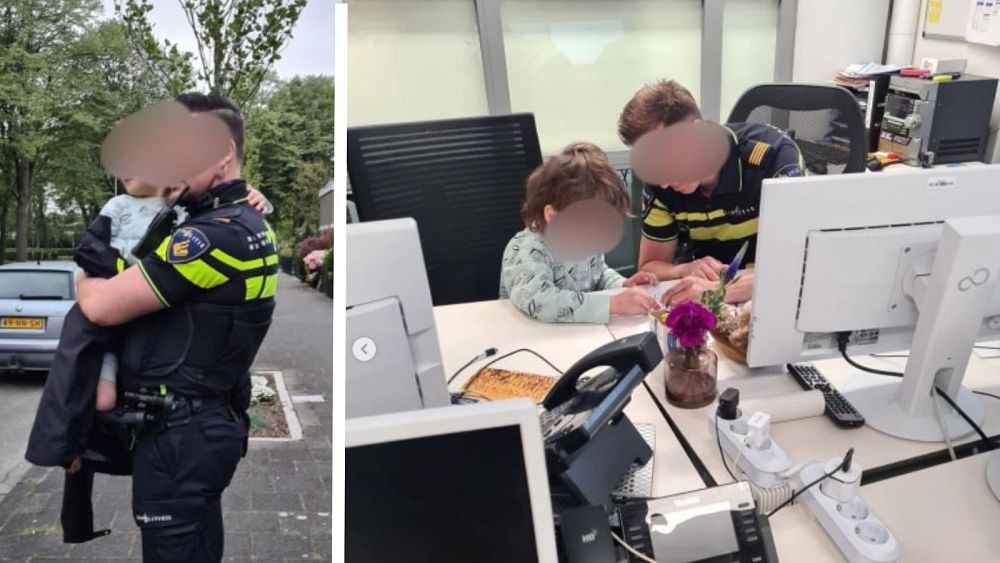 A four-year-old boy in the Netherlands stole his mother's car and drove off for a nighttime joyride over the weekend, Dutch police said.

Officers were first alerted to reports of a toddler walking alone in the cold through the streets of Utrecht, barefoot and wearing only pyjamas.

The boy had been found by a bystander and was immediately taken to a local police station for examination, a teddy bear, and a cup of hot chocolate.

Officers soon received another report that a car belonging to the boy's mother had been found abandoned nearby after hitting two parked vehicles.

"[His mother] told us that her child was very enterprising," Utrecht police said in a statement on Instagram.

"She spoke to the child on the telephone and we subsequently saw that he was gesturing with his hands and making a steering movement. This gave us the suspicion that the child might have been driving."

The boy then demonstrated to stunned officers how to unlock and start the car, using the clutch and accelerator peddles.

Police stated that they may have discovered the "new Max Verstappen", in reference to the Dutch 2021 Formula One World Champion.

"When the child's father went to work, the child woke up and took the car key to go for a drive," police said.

"Fortunately, the adventure of this mini-driver ended in a sizzle," they added, and the boy was reunited with his parents.