Ukrainians flock home despite war raging in their home country 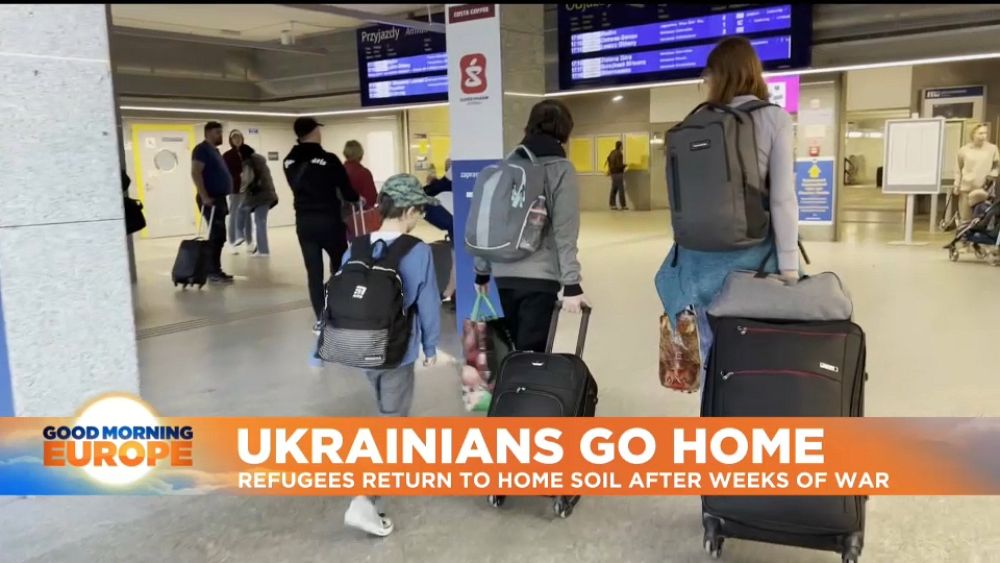 Since the war in Ukraine began, millions of refugees have crossed the borders, hoping to find a place of safety in a neighbouring country.

However, some Ukrainians have gone in the opposite direction and made the decision to return home.

In the first few weeks of the war, the flow of returnees were mostly Ukrainian men who wanted to join the fight; but this trend has now changed, and more and more women and children want to go back to their homeland.

“In those first days of military operation in Ukraine, about 10,000 people a day traveled from Poland to Ukraine,” said Anna Michalska, a press officer for the country’s border guard.

Olha Lavryk is one of those refugees returning home. She and her sons come are from the Ukrainian city of Sumy.

They stayed in Poland for a month and a half, and now they are rejoining Olha's father, mother, aunt and husband in Ukraine.

“The children are very happy that they are going to their dad,” Lavryk told Euronews. “I can't abandon my country. Bomb alarms are heard all the time.

“Maybe its more often now but I don't know… I am on the way back and I cry, because I'm very afraid to go back. I'm very worried, for the children, for our lives.

“That we might get hurt. I am very worried.”

Many of those refugees staying in Poland have decided not to relocate to other western countries. And many are waiting for peace and a quick return home.

PrevPreviousNewcastle Jets vs Western United prediction, preview, team news and more
NextThe Dance News You Might Have Missed in April 2022Next