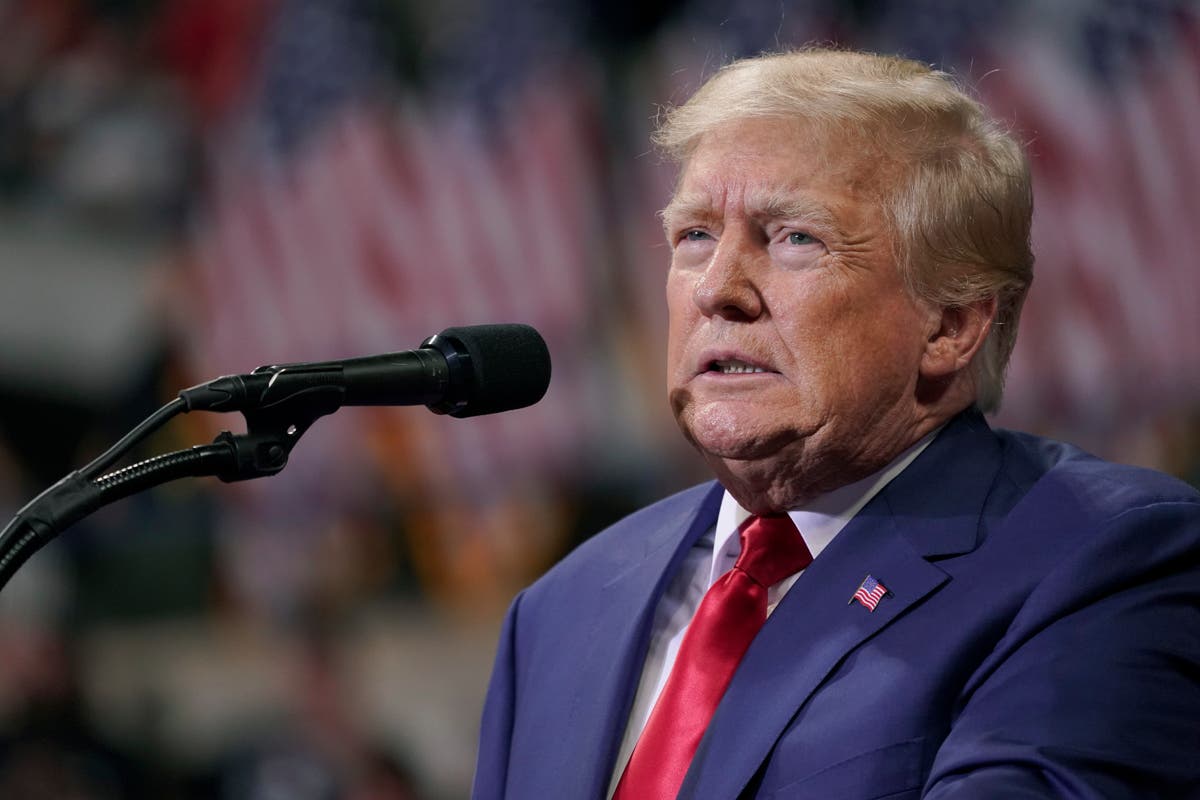 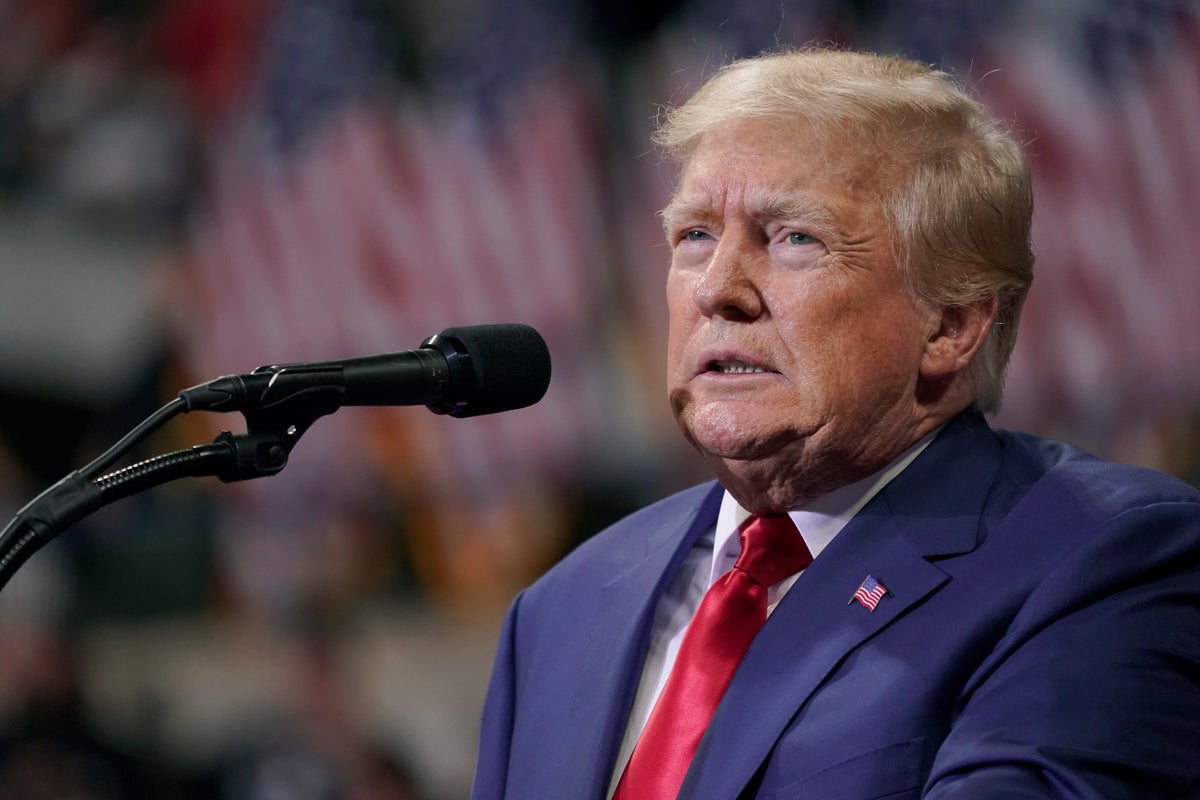 A Florida Judge has appointed Donald Trump’s nominee as special master in the FBI investigation into top secret papers seized by agents from his Mar-a-Lago estate.

Judge Raymond Dearie will now review materials seized during the raid of the former president’s estate in August after Mr Trump successfully demanded one be appointed.

Earlier, former White House Chief of Staff Mark Meadows reportedly complied with a Justice Department subpoena tied to the investigation into the events surrounding the January 6 Capitol riot. He is the most senior member of the Trump administration to comply which such an order.

Meanwhile, Donald Trump once again claimed in an interview that he had “absolute authority” as president to declassify documents and had declassified the files found at Mar-a-Lago by the FBI in its August search.

The claim is misleading in that there are standardised protocols that generally have to be followed when documents are declassified, and there is no evidence Mr Trump or his team did so. More important for Mr Trump is that the classification status of the files he took with him to Florida is irrelevant to any of the crimes the FBI cited in its affidavit seeking a warrant for the search.

Nevertheless, he promised “big problems” for the US if he was indicted over the matter.

In other investigations into the former president, the House select committee investigating January 6 has obtained “thousands” of communications between Secret Service staff around the time of the riot, according to chair Bennie Thompson.

The House passed legislation on Thursday intended to make it harder for future presidents to interfere with the once-a-decade census that determines political power and federal funding, a move that comes in response to the Trump’s administration’s failed effort to make a citizenship question part of the 2020 headcount.

A Florida Judge has appointed Donald Trump’s nominee as special master in the FBI investigation into top secret papers seized by agents from his Mar-a-Lago estate.

Judge Raymond Dearie will now review materials seized during the raid of the former president’s estate in August after Mr Trump successfully demanded one be appointed.

The self-proclaimed “Queen of Canada,” a QAnon adherent named Romana Didulo, is apparently trying to raise funds for her conspiracy-fuelled movement using what appeared to be a Cameo video made by Roger Stone.

However, Mr Stone says he has no idea what the group is talking about.

Graig Graziosi has the story.

The White House on Thursday said Texas Governor Greg Abbott and Florida Governor Ron DeSantis’ use of migrants to punish leaders of Democratic-led state and local governments is a “deeply alarming” stunt that placed innocent children in danger to score political points.

“It is shameful, it is reckless, and just plain wrong,” she said.

‘The children ... deserve better than being left on the streets of DC or being left in Martha's Vineyard’

He began: Mitch McConnell is giving the Democrats everything they want. He is their lapdog! He didn’t stop trillions of dollars in spending by refusing to use the Debt Ceiling as a negotiating tool. He gave it up for nothing. Now he wants to give Manchin the thing he wanted in order to destroy America, and even the People of West Virginia.

Continuing, he said: How about his tax on coal? The Republican Senate must do something about this absolute Loser, Mitch McConnell, who folds every time against the Democrats—and he’s only getting worse!

Further, the former president wrote: Finally, some Republicans with great Courage! Rick Scott, Ted Cruz, and Mike Lee are working hard to stop Chuck Schumer and his favorite Senator Mitch McConnell from ramming through a disastrous Continuing Resolution that would do nothing to Stop Inflation, Grow our Economy, or Restore the American Dream—it would only put Big Government First and give Manchin his terrible deal.

In conclusion, he suggested: Instead, we need a LONG-TERM Continuing Resolution, so we can deal with the real Emergency at hand, the Radical Left’s destruction of America, and once again, put AMERICA First. McConnell is so bad!

Former White House Chief of Staff Mark Meadows has reportedly complied with a Justice Department subpoena tied to the investigation into the events surrounding the Jan 6 Capitol riot.

CNN broke the story and cited “sources familiar with the matter.” Per the unnamed sources, Mr Meadows turned over the same materials that he gave the House select committee probing the Capitol riot.

Biden to talk economy, midterms, war in Ukraine on 60 Minutes

DeSantis boasts about Martha’s Vineyard flight of migrants despite criticism

‘We are not a sanctuary state,’ the Florida governor says

Mr DeSantis sent around 50 migrants to the island off the coast of Massachusetts on Wednesday.

The move may have been inspired by a segment on Tucker Carlson Tonight from late July.

When Republicans ‘do depraved stuff it’s worth looking for the Fox host who suggested it,’ media watchdog says