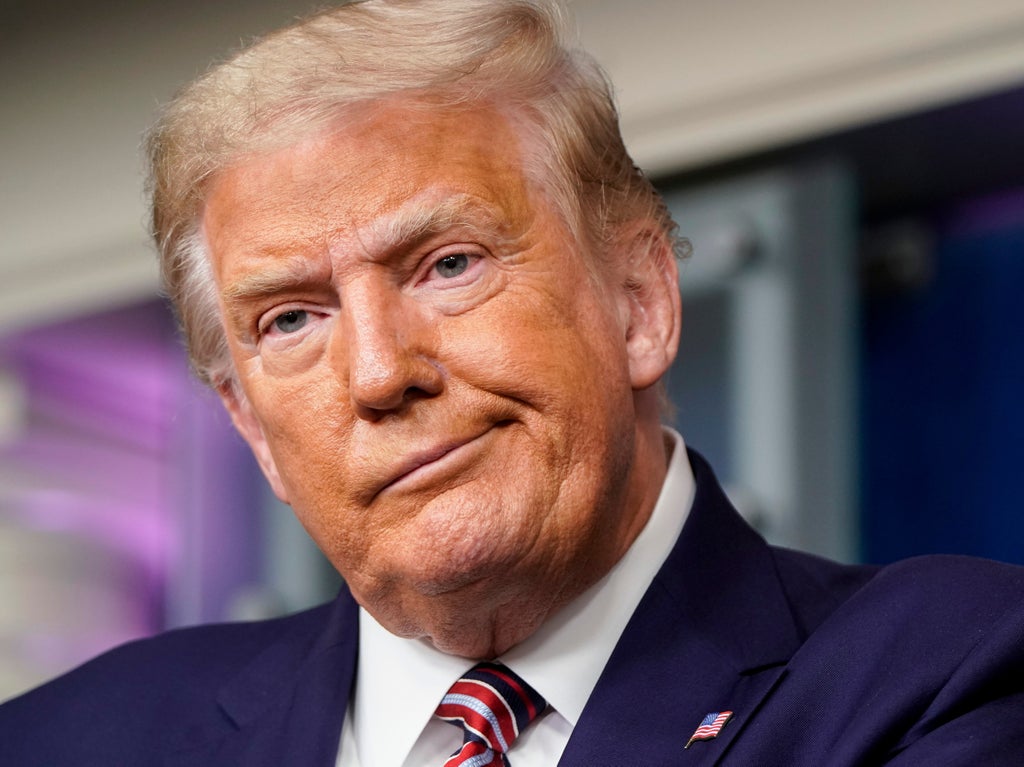 Former President Donald Trump dodged questions about whether he would support Texas’s new law banning abortions after six weeks as controversy over the Supreme Court’s decision not to stop it from going into effect continues to swirl.

In an interview with Sinclair Broadcasting Group’s Full Measure with Sharyl Attkisson, the former president would only say that he was “studying” the new law, while adding that he had “great confidence” in the state’s Trump-acolyte governor, Greg Abbott, who signed the bill into law.

“Well, I will tell you this: We do have a Supreme Court that's a lot different than it was before, it was acting very strangely. And I think, probably not in the interests of our country,” he said when asked about the role the three justices nominated under his presidency played in the ruling, and whether he supported it.

“We're studying the ruling and we're studying also what they've done in Texas,” he added, before expressing his faith in Mr Abbott.

The controversial new Texas law goes in a completely different direction than previous GOP-led attempts at banning abortions have taken; the legislation bans the practice after six weeks, effectively eliminating the option for many if not most women, but bars state officials from enforcing it. Instead, private citizens are essentially deputized with the promise of $10,000 bounties to file lawsuits against anyone accused of aiding or abetting the practice of an abortion after six weeks, other than the patient themselves.

The Supreme Court declined to intervene on an emergency plea last week, allowing the law to go into effect, but could still throw out the ban in the future. In the meantime, the practice of abortions will likely be severely limited across the state of Texas.

White House chief of staff Ronald Klain said on Sunday’s State of the Union on CNN that the Justice Department under President Joe Biden had its “best lawyers” looking for legal remedies for women in the state.

“We are going to find ways to make a difference for the women of Texas to try to protect their constitutional rights,” he said.

White House press secretary Jen Psaki added at a news briefing on Wednesday that the president will continue to push Congress to codify abortion rights into law at the federal level, which would negate the efforts to ban it at the state level.