The rise of Le Trump: How a right-wing television pundit could become France’s next president 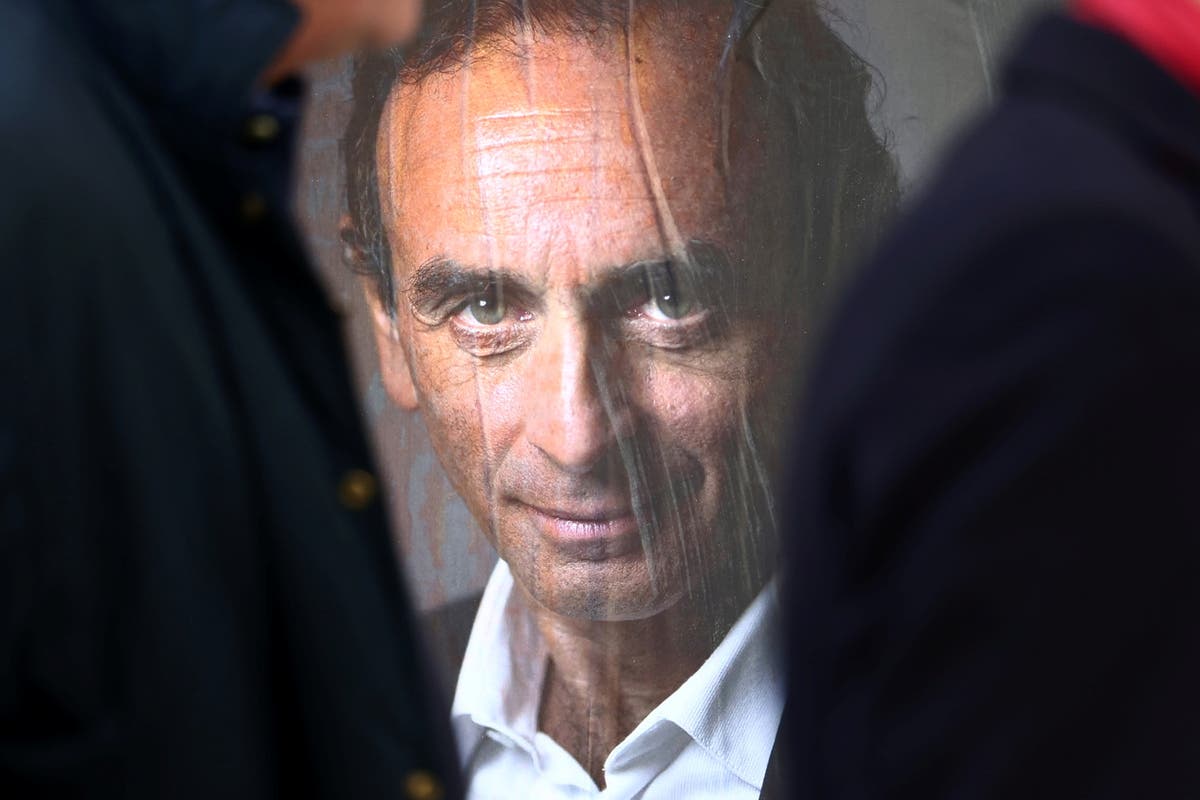 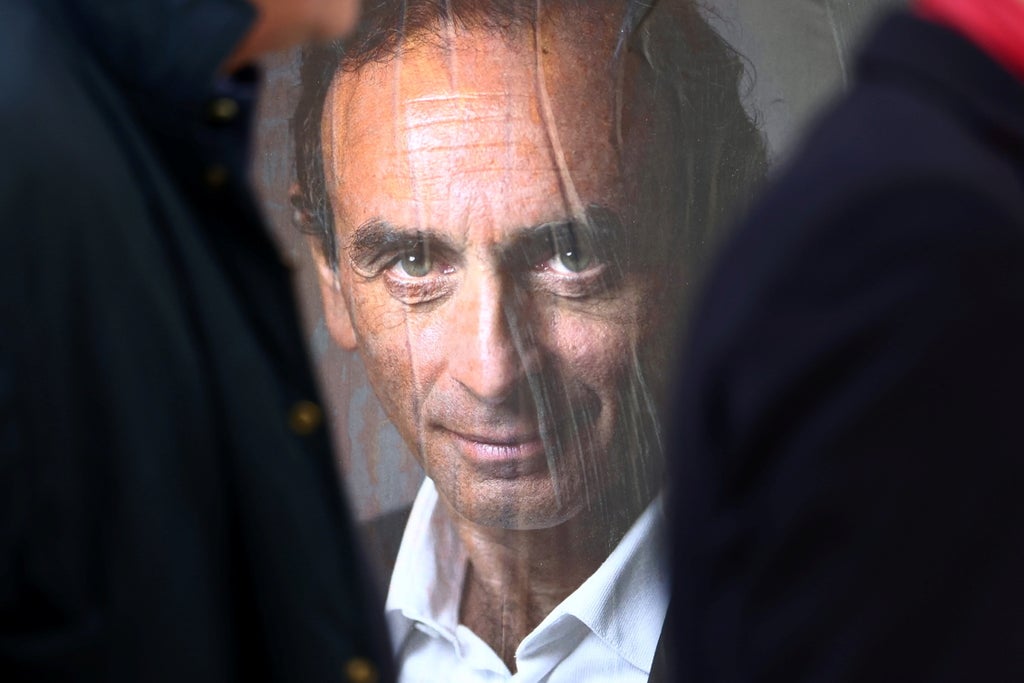 A Trump-like right-wing television pundit has surged in French politics, unnerving both the country’s far right and the traditional conservative political establishment.

Eric Zemmour is a descendant of Algerian immigrants best known for his vehement anti-immigrant stances. He is a classic French intellectual appealing to the anti-intellectualism of a nativist sliver of the French electorate.

“What could be dangerous is that what he’s saying, the way he’s campaigning, the issues of which he’s taking possession are very explosive ones,” says Bernard Cautres, a political scientist at the Paris Institute of Political Studies, or Sciences Po. “Anytime you come to the story of identity the end is negative. The obsession with the issue of national identity, it’s not that it’s dangerous, but it creates a negative climate, a pessimistic one.”

Zemmour’s serious flirtation with a possible presidential run in the hotly contested 2022 elections has electrified the mood and raised the stakes in an election many thought would unfold as a repeat of the 2017 second-round match-up between President Emmanuel Macron and far-right candidate Marine Le Pen.

A recent Harris Interactive poll showed Zemmour beating both Le Pen and the candidate of the traditional right, called The Republicans, in a first-round presidential race.

All polls show him losing to Macron in a second-round match-up. But France is in a politically volatile mood, and many observers wonder whether one more Islamist terrorist attack or harsh wave of Covid could give an upstart like Zemmour a chance to beat Macron.

For now his gaunt visage is on magazine covers, his possible candidacy the topic of talk shows and the subject of newspaper analyses. Many in the French chattering classes are left wondering whether even talking about him so much was feeding his rise, the same way American television’s obsession with Trump amounted to billions of free advertising for his 2016 campaign.

“His discourse, complacently relayed by many media that have contributed to the creation of this character, risks weighing on the atmosphere and the agenda of the presidential election, by directing the parties and the candidates towards more racism and malice,” says Dominique Sopo, president of SOS Racisme, an advocacy group focused on discrimination.

The 63-year-old journalist and writer of many best-selling books has for years been a fixture on television talk shows, making a name for himself with controversial statements about women, Muslims and gays that have repeatedly gotten him in trouble with French authorities.

“We are caught between exuberant Islamic demography and this deconstructive discourse in the name of the so-called equality of men and women, in the name of freedom of homosexuals,” he said during a speech in Hungary last month where he beseeched European whites to have more babies.

He has many similarities to Trump. Asked about his specific policies during a long interview with LCI, the French television network, he responded with boasts about the crowds that he draws to his rallies.

Like Trump, he is famous for his misogynistic comments, even writing a book decrying the role of women in society.

“The intellectual and economic stagnation of Europe is generally explained by the ageing of its population,” he wrote in his book, The First Sex. “We never think – or we never dare to think – of its feminisation.”

And like the former US president, his supporters are prone to violence, as when a pro-Zemmour gang attacked a priest and his friends at a bar in Lilles earlier this month. His boosters and informal troll army also vehemently attack his critics on social media.

“Zemmour supporters resemble Trump supporters,” says Tara Varma, head of the Paris office of the European Council on Foreign Relations. “They say we don’t trust any of the other people in power. They include young social influencers, women in their twenties making Tik-Tok videos.”

Thousands have attended his rallies, and many throng to him when he makes impromptu appearances in neighbourhoods and towns. “He makes declarations that are quite simple,” Varma says. “He doesn’t seem like he’s disdainful of the public.”

But unlike the plump, messy Trump, Zemmour is lean, sharp and speaks in an articulate if manipulative way about politics, deindustrialisation of the French economy and relations between Muslims and Christians throughout history. In one sit-down interview with Le Monde some years ago, he rattled off references to the 18th-century British historian Edward Gibbon, the Roman emperor Theodosius, and Karl Marx.

“For me politics is a battle of ideas,” he said in the LCI interview.

A key element to Zemmour’s appeal is a combination of far-right bigotry with a classical liberal view on the economy. He views the French state as bloated and in need of drastic reform, unlike Le Pen, who has argued for more social spending.

His surge has thrown the Le Pen camp into disarray, with many debating how to attack him without unintentionally wedding him to his supporters, the same way Hillary Clinton’s labelling of Trump supporters as “deplorables” only made them feel more affinity toward the real estate developer and reality TV celebrity.

Zemmour’s rise has been paved by Macron having crushed the country’s long-standing two-party duopoly with a 2017 run in which the socialists and conservatives that had dominated French politics since the Second World War were sidelined. Whether by intent or not, Macron has created a political reality in which voters under France’s two-stage presidential election system will most likely be offered a choice between him and the candidate of the far right, whether it’s Le Pen or Zemmour.

“Macron has created a situation of a one-way street where he is the only way,” says Cautres.

Zemmour’s path has also been smoothed by politicians of both right and left who have been increasingly flirting with far-right ideas about immigration and Islam. It has been their willingness to expand the acceptable limits of French discourse that makes him palatable.

His false contention that the France’s Nazi-backed Vichy puppet government saved French Jews in the 1940s is a reflection of the French establishment’s long-standing refusal to grapple with its dark past. While he denigrates immigrants from Algeria, Macron recently insisted there was no such thing as Algeria before French colonisation.

“He belongs to an unoriginal category of unvarnished extreme right-wing individuals,” says Zopo. “But the danger he represents stems from the fact that part of the French bourgeoisie – which constitutes a substantial part of his success in polls – has found there a perfect tool for delegitimising Vichy and French Algeria, whose defence constitutes the two pillars of the extreme right.”

Despite his controversial statements, he was until recently a columnist for Le Figaro, the mainstream centre-right French daily. “He was really a fringe character,” says Varma. “He’s not fringe anymore.”

One jurist recently argued in a piece that Zemmour’s convictions on charges of incitement should disqualify him from running for president, if only the state had the bravery to act. “French law contains mechanisms to protect liberal democracy,” wrote the legal scholar Thomas Hochmann. “The ineligibility of racists convicted by the courts is one of them. It should be pronounced more frequently by the courts, and it should have been used against Eric Zemmour.”

One logistical hurdle would be obtaining the signatures from 500 elected officials from at least 30 French departments endorsing his candidacy.

Some doubt he will actually throw his hat in the ring and make a presidential run.

“There are people who for many years have been pushing me to be a candidate, who think that it is I who have the right ideas for France,” said in an interview last month.

But Cautres says that Zemmour has backed himself into a corner where he will have to run. Already impromptu support groups have popped up on social media.

“He will go to the end. He will be a candidate,” he says. “It would be a disaster if he didn’t run. It would gravely damage his image if he didn’t.”

In addition to being a talented political orator, he is widely regarded as an excellent debater, and confounds interviewees; many on France’s left dread a match-up between him and Macron ahead of the 10 April vote. In the interview with LCI last month he argued that French politics had become predictable, and that everyone knew that Macron would defeat Le Pen in the second round of elections. The appeal is obvious: why not vote for Zemmour and shake things up a bit?

“He has the capacity to argue and defend his points of view in tough interviews,” says Cautres “Marine Le Pen supporters are still scarred by her poor performance against Macron in 2017. What attracts the far-right voters and strict right-wing voters is Zemmour’s potential capacity to dominate Macron in debates.”