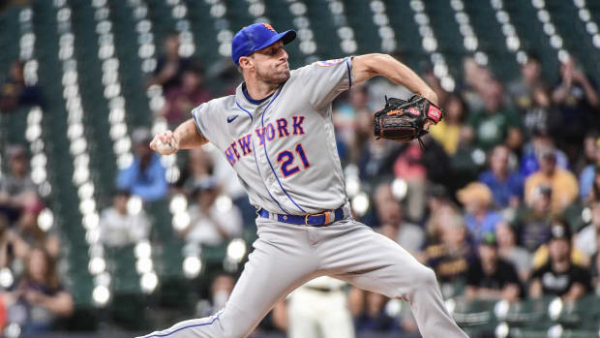 On Monday evening in Milwaukee, the Mets defeated the Brewers 7-2 and with the victory, guaranteed their first post season appearance in six years.  Max 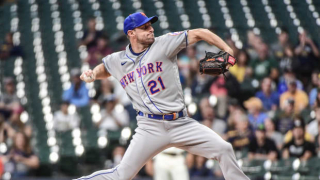 Scherzer, returning from the Injured List, was brilliant, retiring all 18 batters he faced with apparent little effort.  If not for wanting to limit his number of pitches, he may have been on his way to a perfect game.  He had to settle for 2/3rds of one and his 200th Major League victory.

The Mets broke the ice in a scoreless game in the 4th inning.  Pete Alonso connected with a 3-run homer, his 36th of the season. In the 6th, back-to-back triples by Brandon Nimmo and Francisco Lindor followed by a double from “cult hero” Daniel Vogelbach made it 5-0.  After Scherzer left the game in the 6th, the Brewers plated two on a two-run homer by Rowdy Tellez.  But any thought of a Brewers’ comeback was put to rest in the 8th, when the Mets tacked on two more, thanks to RBI singles by Tyler Naquin and Tomas Nido. 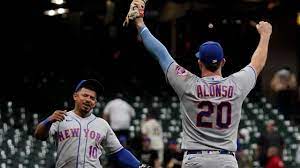 After the game, the Mets celebrated in subdued fashion.  Rather than the usual oft-repeated champaign spray madhouse in the locker room, players were seen holding flutes of bubbly, more like receiving Prosecco while heading into the cocktail hour of a wedding reception.  Clearly, they knew that more and bigger celebrations lay ahead, but nevertheless acknowledged a significant achievement.

What has been the difference this year’s success story, as opposed to other recent years?  The answer is manager Buck Showalter.  His old-school, no-nonsense approach is exactly what this young team needed.  Combined with adding veterans like Scherzer and infielder Eduardo Escobar, professionalism has returned while still allowing the team to shine with individuality and personality within those bounds.  An example of that is Edwin Diaz's 9th inning anthem of Narco by Timmy Trumpet which heralds in victories.  Gone are players giving thumbs-down gestures to fans or stuffed ponies in the dugout for riding after non-consequential home runs.  Having an owner Steve Cohen that actually cares about the team’s success other than the financial bottom line also helps.

The Mets still hope to win the National League’s Eastern Division.  That hopefully will be next celebration with several more to follow.  Stay tuned! 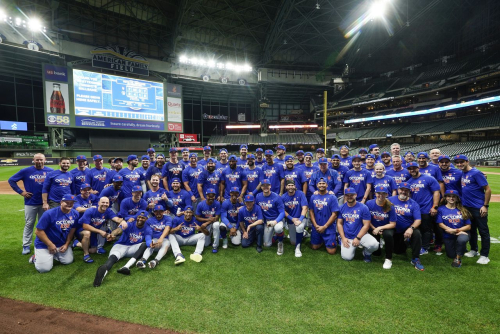