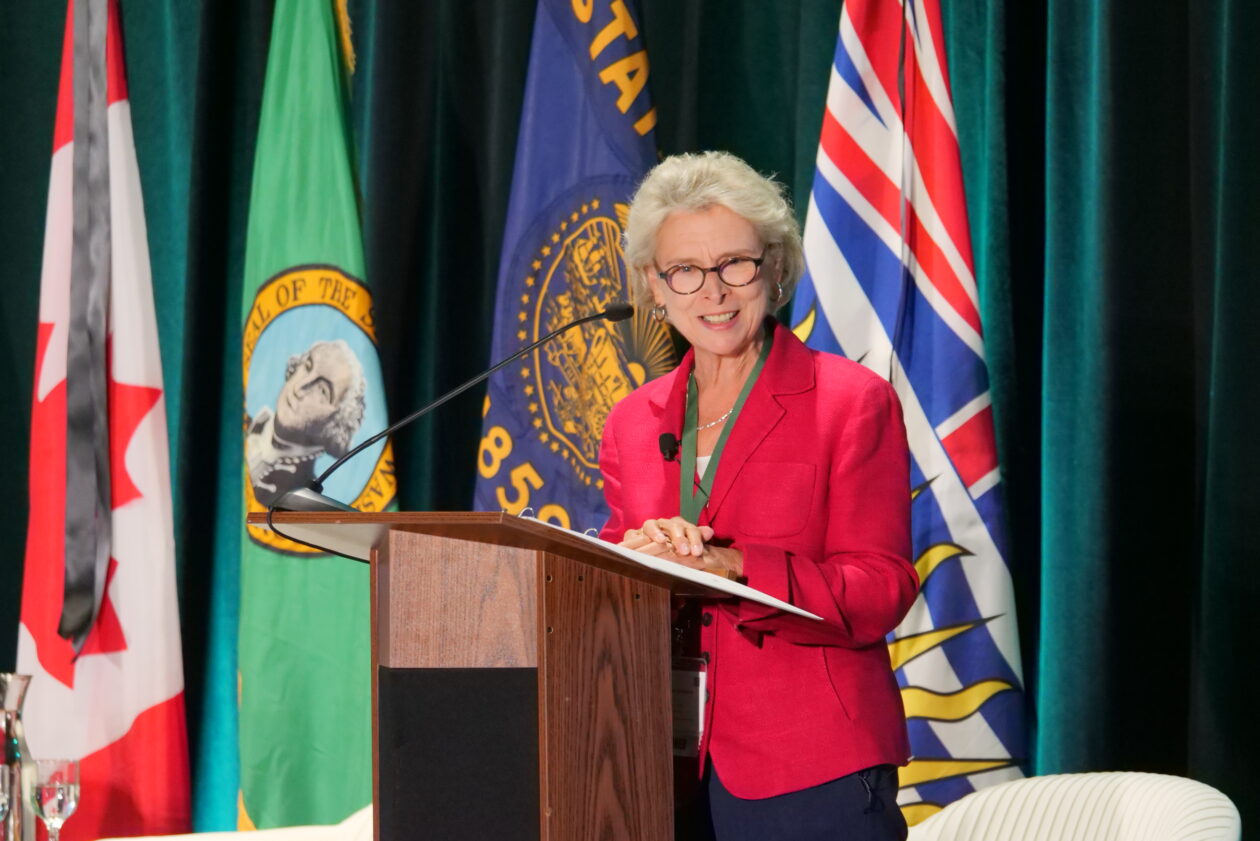 Business, governmental and environmental leaders from Washington, Oregon, and British Columbia met at the U.S.-Canada border this week to plan the next steps in the quest to become the world’s first sustainable mega-region.

The Cascadia 2050 Vision conference was led by former Washington state governor Chris Gregoire, the CEO of Challenge Seattle and the co-chair of the steering committee for the Cascadia Innovation Corridor, a cross-border initiative that brings together leaders from Washington state, Oregon and British Columbia.

Gregoire joins us on this episode of the GeekWire Podcast to discuss key takeaways from the event, the difficult nature of the climate challenge, and some of the recent innovations and funding initiatives that make the group optimistic about achieving the Cascadia region’s long-term environmental goals.

“Mother Nature’s not going to allow us any more time,” she says. “We have got to get on this. And I’m very hopeful.”

Listen below, and continue reading for our notes from the discussion.

There were 14 actions proposed at this conference. Key takeaways?

What does it mean to establish the world’s first sustainable mega-region, how will it happen, and what are the long-term implications? Is it doable?

A group of protesters outside the conference expressed concern that the Cascadia Innovation Corridor was meeting behind closed doors to carve up the resources of the carbon economy and set the agenda for Washington state without appropriate public scrutiny. What would you say to them?

Native American and First Nations leaders also spoke at the conference, including Chief Ian Campbell of the Squamish Nation, and Henry Cagey, councilmember of the Lummi Nation.

How can Oregon, Washington and California work together on climate initiatives given the different nature of some of the challenges faced by California, most notably drought?

A big focus of the conference was high-speed rail, revisiting the notion of traveling from Seattle to Vancouver or Portland in as little as an hour. Are autonomous-electric vehicles an alternative solution?

Listen above, or subscribe to GeekWire in Apple Podcasts, Google Podcasts, Spotify or wherever you listen.