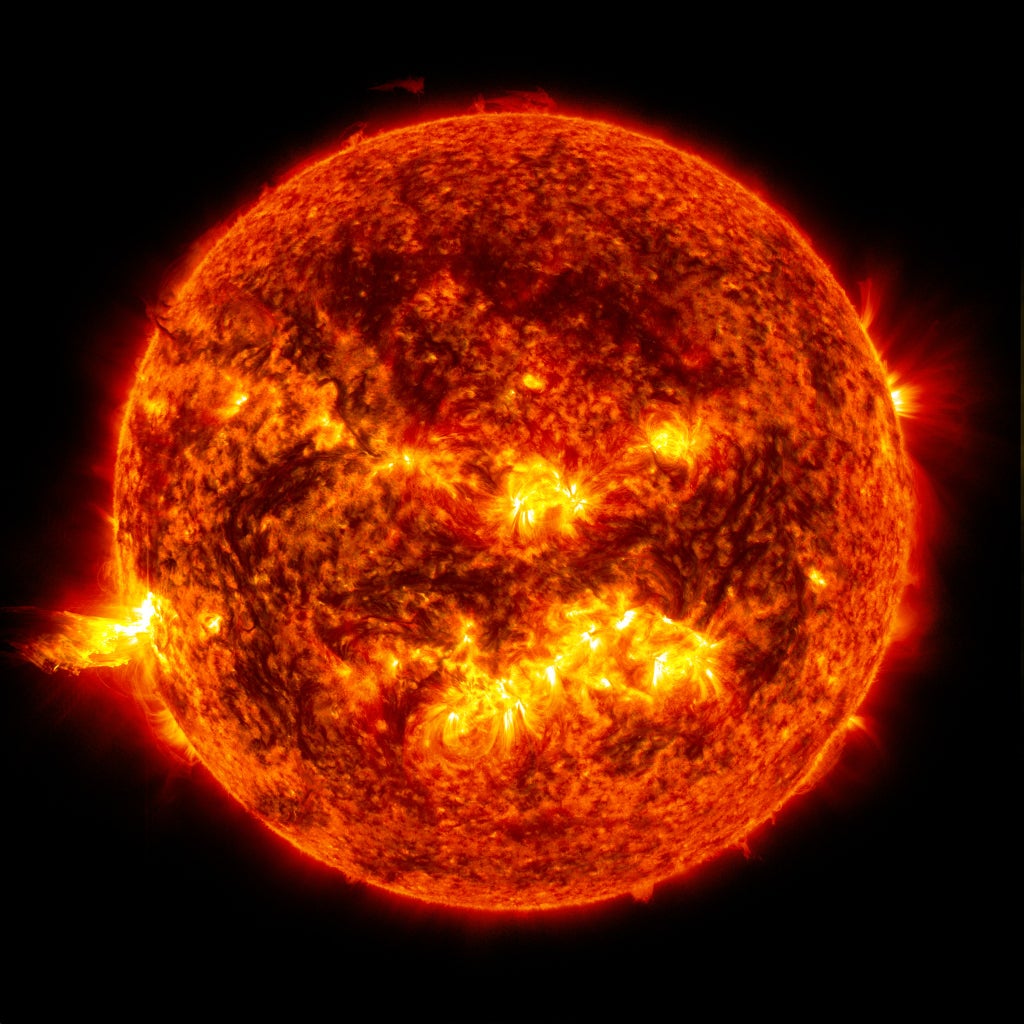 A severe solar storm, which happens once in approximately 100 years, could catastrophically impact various human technologies on Earth, and plunge the world into an “internet apocalypse,” a new study says.

The Earth’s magnetic field protects its inhabitants from solar wind – consisting of charged particles streaming from the Sun – by deflecting the electric wind towards the planet’s poles and creating scenic auroras.

However, once in about 80-100 years, due to the Sun’s natural life cycle, these winds escalate into solar superstorms that could cause catastrophic internet outages covering the entire Earth and lasting several months, says the study, presented at SIGCOMM 2021 – the annual conference of the ACM Special Interest Group on Data Communication.

In the research, Sangeetha Abdu Jyothi from the University of California, Irvine and VMware Research, assessed the robustness of the current Internet infrastructure against such an extreme space weather event.

It found that long-distance optical fibre lines and submarine cables which are a vital part of the global internet infrastructure are vulnerable to the currents produced on the Earth’s crust by solar superstorms, also known as Coronal Mass Ejections (CME).

“A Coronal Mass Ejection (CME) involves the emis­sion of electrically charged matter and accompany­ing magnetic field into space. When it hits the earth, it interacts with the earth’s magnetic field and produces Geomagnetically Induced Currents (GIC) on the crust,” Dr. Jyothi explained in a tweet.

The current from these solar storms can enter and damage long conductors such as power lines, the study noted.

“In today’s long-haul Internet cables, the optical fiber is immune to GIC. But these cables also have electrically powered repeaters at ~100 km intervals that are susceptible to damages,” Jyothi added.

While the probability of such events happening varies from 1.6 per cent to 12 per cent probability per decade, Jyothi says the chances increase during the Sun’s maximum activity period in its waxing and waning cycle.

However, with the sun expected to become more active in the near future, she says the current Internet infrastructure has not been stress-tested by strong solar events.

“In short, we have NO IDEA how resilient the current Internet infrastructure is against the threat of CMEs!,” she noted in a tweet.

Citing an example of how disastrous a CME could be for communications systems on Earth, Jyothi said the last big solar storms happened in 1859 (Carrington event) and 1921.

Studies have documented the significant damages caused by these solar storms to the communication network of the time – the telegraph network.

The current solar cycle, the study says, has the potential to be one of the strongest on record.

Compared to the previous cycle ending in 2019, which had a peak sunspot number of 116, the number of sunspots at the peak of the current cycle, Jyothi says, is “very high,” between 210 and 260.

However, the study noted that the actual strength of this cycle would be evident only later in the decade as the solar cycle progresses.

The research also points that the impact of solar superstorms would not be uniform across the globe.

It says the internet infrastructure in higher latitudes, above the equator, face a higher risk, and the US has a high risk of being disconnected from Europe, while Asia is more likely to retain connectivity.

“Consider the most vulnerable long-distance submarine cables for example. They are concentrated in higher latitudes, particularly between the US and Europe,” Jyothi explained.

The study underscores the need to consider the risk from solar storms while designing and deploying Internet infrastructure and applications, and calls for better resilience analysis on the global network.

“The paper is just scratching the surface of an important problem. A lot needs to be done to understand the risk and robustify our infrastructure,” Jyothi noted.

PrevPreviousWeek One SportsPac12 Players of the Week
NextWhat Is Japanese Water Therapy For Weight Loss?Next