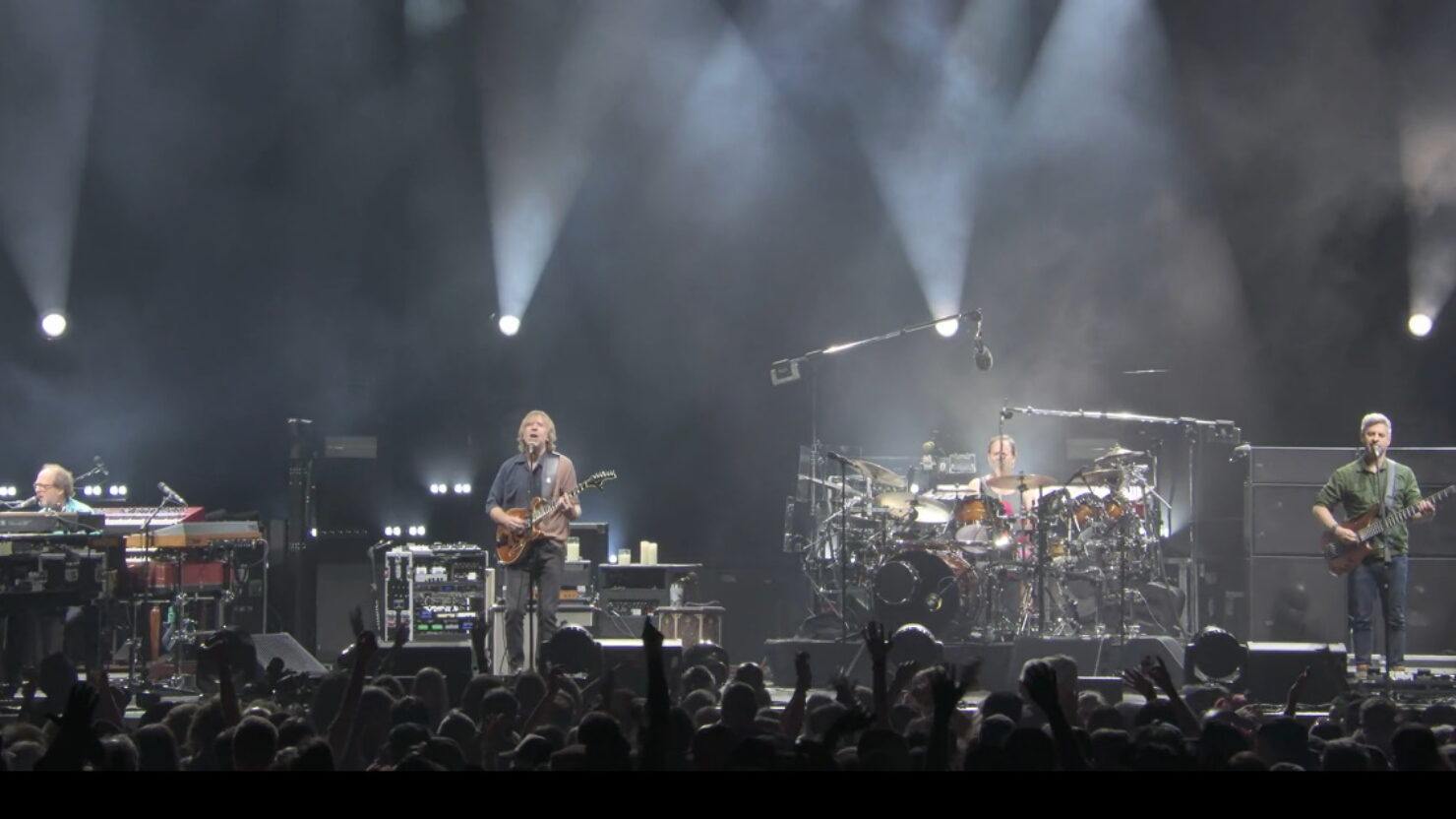 The band made their Chase Center debut on Saturday night.

Phish played their first of two fall tour shows at the Chase Center in San Francisco on Friday night. Having made Bill Graham Civic Auditorium their San Francisco home for every show they played in the city in the 3.0 era, this time around, Phish moved a couple of miles southeast to the much larger Chase Center, the home of the Golden State Warriors since 2019.

The band seemed instantly comfortable in the new arena, playing extended inspired jams from early in the first set right through the end of the show — with the show-closing, 19-minute “Carini” marking one of the greatest improvisations the band has ever played in an encore.

The Chase Center received its Phish christening with “Possum,” appearing in the show-opener slot for the first time since July 16, 2017. A straightforward, high-energy run through the song was followed by “Halley’s Comet,” which was extended — slightly — before yielding the improvisatory floor to “46 Days.” This “46 Days” went deep — perhaps a nod to the band’s jam-heavy run down the road at Shoreline Amphitheatre, which ended 46 days ago. The jam became darker and dingier with each passing minute until keyboardist Page McConnellappeared to lead his bandmates into a tender major-key section.

This last segment flowed into “Slave to the Traffic Light,” which hadn’t appeared in the middle of a first set since June 15, 2010 (though it had opened one first set and opened one other since then). Guitarist Trey Anastasio‘s sustains and Jon Fishman‘s rolling drum accents made this an excellent version of “Slave.” Next up was “Simple,” which featured another jam that was not only excellent, but explored completely different sonic territory than the night’s previous excursions. This one was a rhythmic clinic, with Trey and Fish teaming up for a swinging funk groove that got the crowd boogieing for many minutes.

“Shade” and “Winterqueen” provided a breather, though the latter featured a lovely Grateful Dead-esque jam. A fun “Meat” followed, with some “YEAH!” button hits from Fishman and a Halloween-appropriate synth breakdown from Page. The set ended with “Run Like an Antelope,” which barely stayed on the tracks — as is true of all great versions of “Antelope.”

Read on after The Skinny for the rest of the recap and more.

The second set began with “Bathtub Gin,” and covered several distinct improvisatory sections, ranging from blissful to upbeat funk-rock, before a left turn for “Everything’s Right.” The ensuing jam was dirty and inspired, featuring multiple sustained guitar notes that seemed to last forever.

As “Everything’s Right” wound down, the band dusted off “Frankie Says” for the first time since August 8, 2015. To many fans, the fact that “Frankie Says” was played at all would be a highlight of the show, even if the song only lasted its customary five or six minutes. But this version stretched far longer, with the band finding a funky groove and taking it for a long ride, culminating in a return to the “Bathtub Gin” theme. After a quick trip through “The Wedge,” the quartet tore into a rare second set “The Moma Dance.” Bassist Mike Gordon pushed the jam into a descending chord progression reminiscent of The Rolling Stones’ “Monkey Man,” and Fishman took the bait, yelling “I’m funky!” over and over as Trey shredded on guitar. After a rough landing back into the “Moma” ending, Trey thanked the crowd, making this the first set-closing “Moma Dance” in the song’s 23-year history.

Anyone who made a run for the exits before the encore made a huge, huge mistake. The band played “Carini” — and this was no cursory get-it-in-before-curfew run-through. The song’s jam was incredibly purposeful, with Page leading the way on synth lines that sounded pulled right from his “Maybe We Are the Visitors” album. The band found a major key progression and squeezed every ounce of juice from it, reaching a massive peak before bringing the show to a close.

Phish returns to the stage at Chase Center on Sunday night. A livestreams is available via LivePhish.com and the concert will air on SiriusXM’s Phish Radio.

Phish From The Road Photos