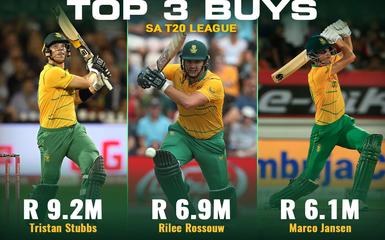 Former England captain Eoin Morgan and New Zealand all-rounder James Neesham, who recently gave up national contract, were among the ones who went unsold initially only to find takers in the accelerated round of the auction.

Notably, all 6 teams were allowed to pick as many as 5 players in the pre-auction draft for the inaugural edition of the SA 20 league, which will be held in January 2023. All 6 teams are owned by the franchise owners of Indian Premier League teams.