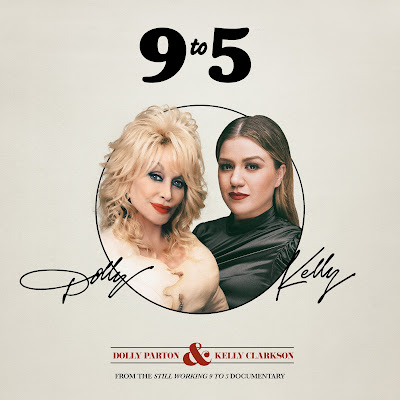 International icon Dolly Parton and global superstar Kelly Clarkson collaborate on a compellingly inspired duet version of “9 to 5,” arriving today via SMACKSongs/Atlantic Records ahead of the highly anticipated Still Working 9 to 5 documentary (which premiered September 16th). The GRAMMY Award-winning artists teamed up with the film’s executive producer Shane McAnally, Sasha Sloan & King Henry to reimagine the classic song into a melancholic yet inspirational anthem over 40 years after the original’s release as the fight for workplace equality persists.

Written and recorded by Dolly Parton and produced by Gregg Berry, the original “9 to 5” debuted in 1980 in tandem with the film of the same name starring Parton, Jane Fonda and Lily Tomlin. The song went on to receive an Academy Award nomination for Original Song and four GRAMMY Award nominations – winning two of the latter for Best Country Song and Best Female Country Vocal Performance. 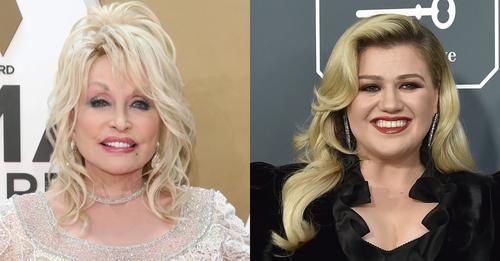 "Nobody
sings like Kelly Clarkson. She makes any song come alive. I love her
voice on 9 to 5 and I am so proud I got to sing with her on it. I'm
equally as proud of the wonderful arrangement and production by
Shane McAnally.” – Dolly
Parton

“I
am so honored that Dolly asked me to reimagine this iconic song, ‘9
to 5,’ with her! She is so talented, an inspiration to all women,
and one of the sweetest people you will ever meet! I hope y’all
like what we did, but even if you don’t, remember I got to sing a
duet with the magical Dolly Parton and now have bragging rights til
the end of time!” – Kelly
Clarkson

"It
is a wildest dream scenario to work with 2 of the world’s greatest
singers on one of the all-time greatest songs. Co-produced and
rearranged with my friends Sasha Sloan and King Henry, this classic
has taken on a brand new life 40 years after its original chart run,
and I am so grateful to be a part of the first time Dolly and Kelly
have recorded together.  I have a feeling it won’t be the
last.” – Shane
McAnally 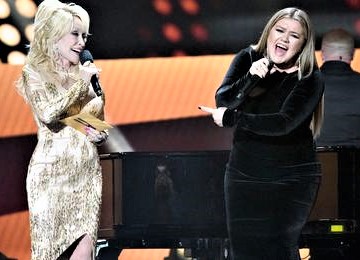 The
film 9
to 5 has
taken its place in American history as a beloved comedy with serious
subject matter. Multiple generations know every lyric to the iconic
theme song that has become an anthem for working women everywhere who
seek fairness, equality and dignity from their male counterparts.
After more than 40 years, the feature documentary Still
Working 9 to 5 celebrates
the iconic film, while chronicling the important impact it had on the
women’s movement of the time and one that continues today. 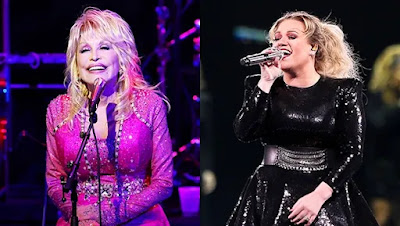 Still
Working 9 to 5 reunites
stars Dolly Parton, Jane Fonda, Lily Tomlin and Dabney Coleman from
original 9
to 5 film,
as well as Rita Moreno from the 9
to 5 TV
series, Allison Janney from the Broadway musical, and other stars
from the television and stage versions of the classic film. Also
featured are activists and individuals closely associated with the
women’s movement both now and then. The documentary explores the
comedic tone of the film and how it resonated with a wide audience at
a time when the feminist message was being rejected and/or feared by
a large swathe of the population. It further follows how the success
of the film spawned various 9
to 5 spin-offs
including a TV series (1980s) and musicals (2009 & 2019),
discussing the same issues addressed in the film (and its spinoffs)
and questions if the message retains its original poignancy, as well
as examining what has and has not changed for women in the workplace
over the last 40 years.