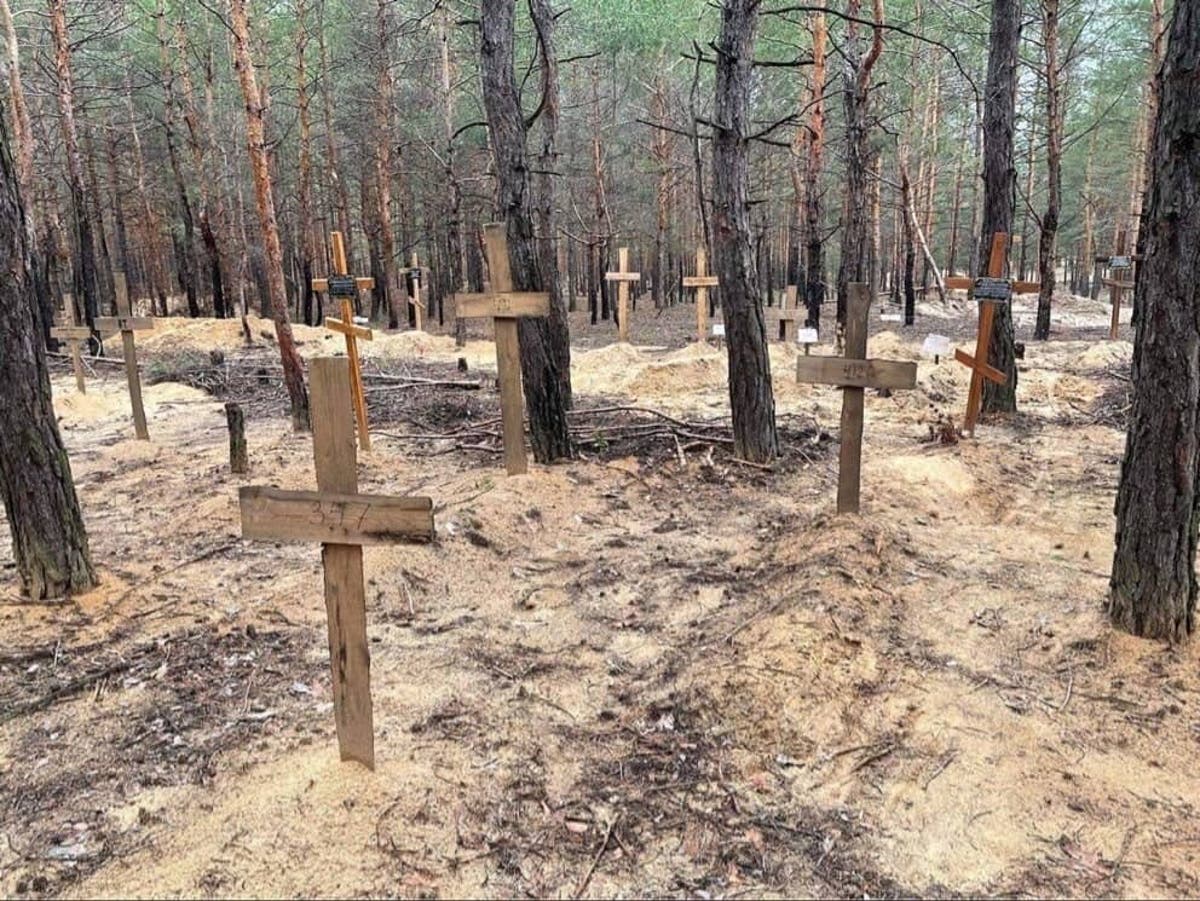 Mass graves of more than 400 unmarked burials have been found in the Izium city of Kharkiv by officials in Ukraine, just days after the country’s troops liberated the captured city from Russian soldiers, leading to their exit from the war-battered region.

“Mass graves are being discovered in Izium after liberation from the russcists. The current largest burial sights has 440 unmarked graves,” Ukrainian defence ministry said early today.

Volodymyr Zelensky said that the officials have initiated the necessary procedural actions and “more information - clear, verified - should be available tomorrow".

The wartime president also warned of a radiation disaster “worse than even Chernobyl” and said that the world remained on the brink of a nuclear catastrophe as long as the Russian soldiers remained stationed at the Zaporizhzhia nuclear power plant.

Vladimir Putin on Thursday said he understood his Chinese counterpart Xi Jinping’s concerns about the crisis brewing in Europe, in a first indication of friction with Beijing over the war in Ukraine.