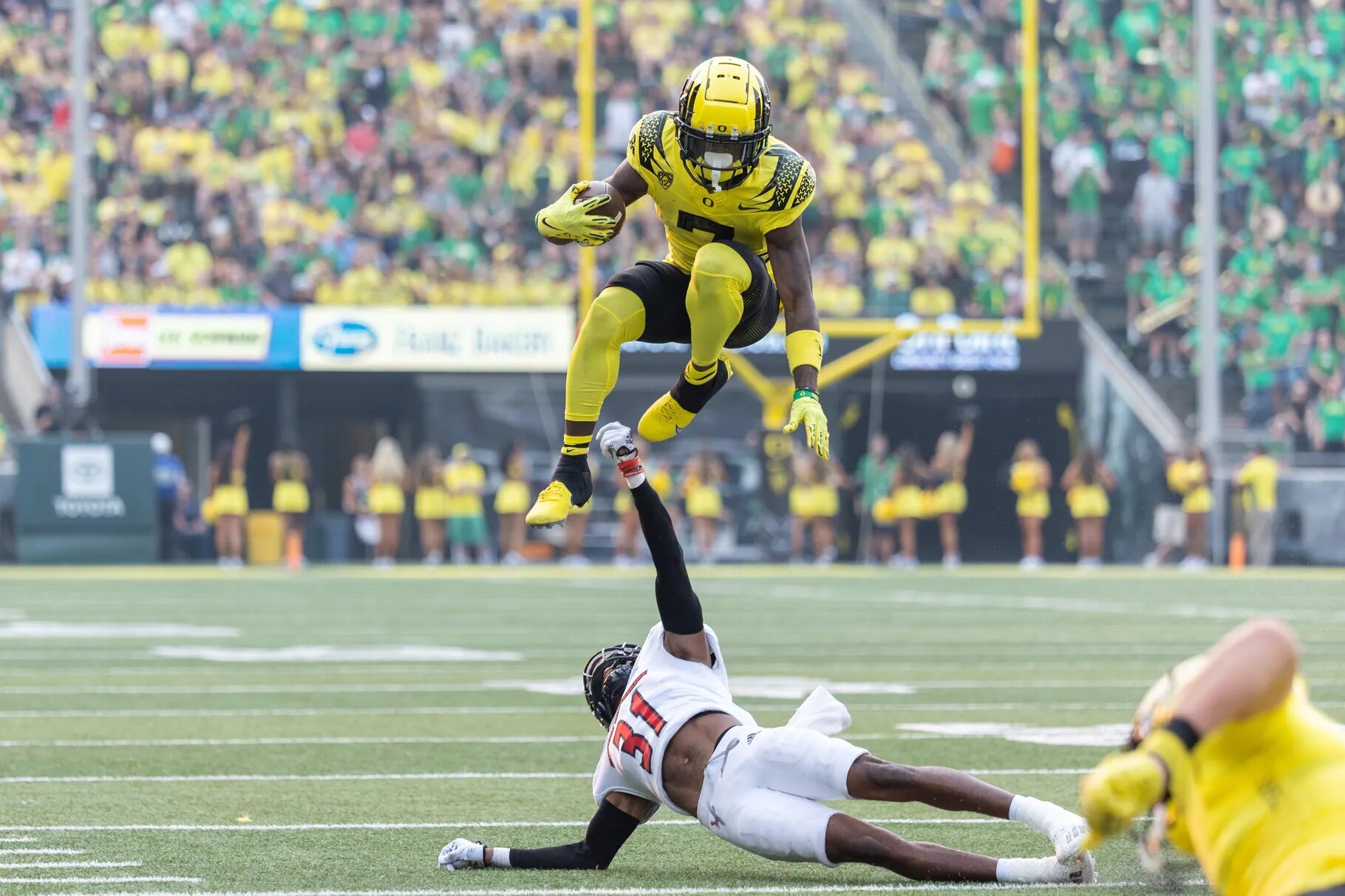 As Bo Nix and the yellow-clad Oregon offense trotted out onto the field for their first possession against Eastern Washington last Saturday, the wildfire smoke hovering above the stadium lent a sense of tension and stress which matched the energy in the stadium.

The fans seemed anxious. There was a possibility this Oregon team didn’t just run into a buzzsaw against the elite Georgia Bulldogs the week before, but maybe it simply isn’t very good.

The convincing 70-14 victory over the Eagles showed some positive signs, which the No. 25 Ducks hope will carry over in their 12:30 p.m. matchup against No. 12 BYU at Autzen Stadium on Saturday.

Sophomores Troy Franklin and Dont’e Thornton flashed the ability to beat man coverage with quick breaks, impressive for players who each have the height to also be considered jump ball threats.

In the past, Oregon has struggled to get the most out of top-tier quarterbacks, especially Justin Herbert, because their receivers had to be schemed open with clever and timely play-calling.

If Franklin and Thornton continue to develop, the Ducks have elite talents on the outside which teams will have to respect.

The other takeaway from watching the game live and in-person: Sophomore TE Terrance Ferguson is a freak of nature. Among a talented and touted tight-end group, Ferguson is clearly the most physically gifted.

Two of his three catches were highlight-worthy touchdowns, which included stiff-arms and broken tackles that showcased NFL potential.

At this early point in the season, it is apparent that this Oregon team isn’t one of the best in Duck history and likely won’t be competing for the national championship.

Yet, it’s clear this Oregon team won’t be a doormat either. This is going to be a team that has to win at the margins.

They can have a successful season if they continue the early-season trend of limiting penalties, improve on the turnovers from the Georgia loss, and use a home-field advantage fueled by loud fans who are excited to be back watching football games in person.

The Ducks have the chance to keep their home winning streak alive on Saturday against BYU, but beating the Cougars is not going to be a cakewalk.

BYU Head Coach Kalani Sitake has had a winning record in all but one of his six seasons in Provo, including going 21-4 over the last two.

After star QB Zach Wilson was selected No. 2 overall by the NY Jets, BYU re-grouped in 2021 despite a plethora of injuries, to win 10 games, with victories over all five Pac-12 teams on their schedule.

With 18 of their 22 starters returning, expectations are sky high for BYU’s last season as an independent (BYU will join the Big 12 in 2023).

The Bears, boasting one of the best running games in the country, gashed BYU for more than 300 yards on the ground.

The BYU camp acknowledged after that game that their players were manhandled by the more physical Bears, and Sitake swore (not literally!) that this wouldn’t happen again.

The two budding rivals played again last week, in one of the best games in Week 2. In a very physical, evenly-played contest, the Cougars more than held their own.

The BYU defense slowed the potent Bear attack, holding them to 152 yards on the ground on 52 attempts while giving up a measly 137 yards through the air.

The Cougar offense did most of their damage through the air, with junior QB Jaren Hall going 23 for 39 for 261 yards. BYU also came up with big plays at key moments.

On a second-and-eight from the Baylor 22, the Cougars perfectly executed a double pass play, with Hall getting the return pass back from freshman receiver Chase Roberts and strolling into the end zone surrounded by a phalanx of blockers.

With BYU’s top two receivers out for the Baylor game, Roberts stepped up, hauling in 8 catches for 122 yards, one TD receiving, and one passing.

The other offensive player who stood out was Hall, the first Black quarterback to start in BYU’s history.

Hall’s game somewhat resembles Oregon’s Nix. He is adept at the short passing game, throwing accurately to an array of receivers and running backs, and can also throw the long ball adequately.

Hall is reasonably athletic and can tuck the ball away and pick up some yards with his feet if needed.

However, BYU did not do a great job of rushing the ball against Baylor. Christopher Brooks carried it 13 times for just 31 yards. Overall, they ran it 33 times for 83 yards.

The kicking game was even worse. If Oregon can keep the Cougar running game under control as Baylor did, and force them into clutch-kicking situations on the road in a hostile environment, the Ducks have a great chance of winning.

The matchup between Oregon’s offense and BYU’s defense should be very interesting.

The Cougar D appeared to be pretty sturdy against Baylor, although they did give up touchdowns after two long drives by the Bears. The pass rush was solid, with four sacks by the Cougars.

Oregon presents a tougher challenge, though. The Ducks’ passing game is light years ahead of Baylor’s air attack.

Unless BYU can shut down Oregon on the ground, and keep UO one-dimensional, we think the Ducks will be able to move the ball and hit some big plays.

If the game comes down to the kickers, Oregon is well-positioned to take momentum into the conference season. 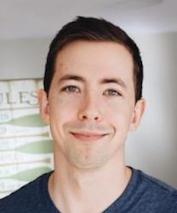 Eli writes about Oregon football and other sports for SuperWest Sports.