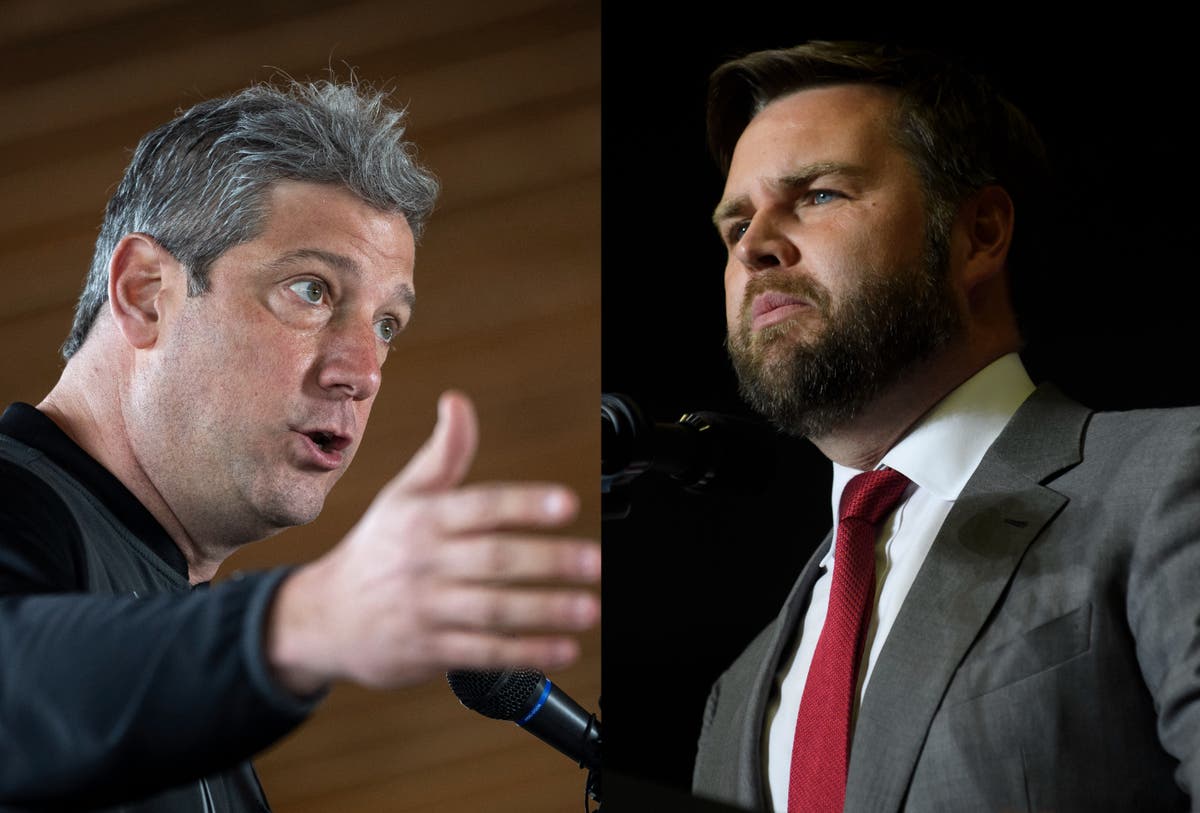 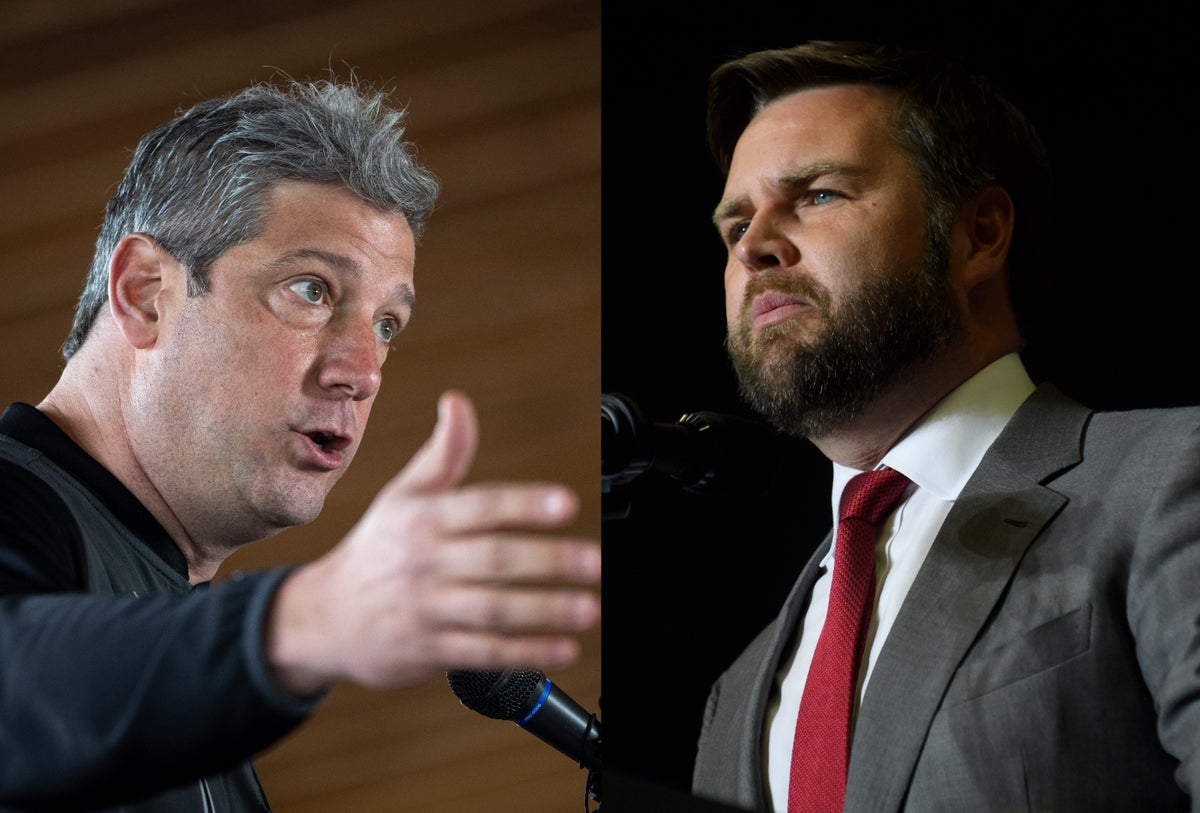 Ohio’s Senate race is anyone’s game, but the two men running to claim the seat have starkly different ideas about how to win.

That was evident on Saturday evening in Youngstown, where Republican candidate and Hillbilly Ellegy author JD Vance once again sought the “Trump bump” and faced a crowd of thousands clad in Maga hats and “Let’s Go Brandon” T-shirts.

In many ways, Mr Vance is not a unique candidate. Like Pennsylvania’s Dr Mehmet Oz, he has faced scepticism from conservatives in his party who fumed over Donald Trump’s snub of their chosen campaigns, in Mr Vance’s case represented by the Ted Cruz-endorsed Josh Mandel.

But unwilling to accept that scepticism and move on following a victory in the GOP primary, Mr Vance has leaned into Mr Trump’s endorsement. In this way, he is much different from both Dr Oz and others such as Arizona’s Blake Masters, both of whom have tried to pivot from their fealty to Mr Trump as well as past statements outlining their conservative positions – a clear move towards a general election audience.

There was no sign of a pivot from Mr Vance on Saturday, who railed against Democrats on immigration in a roughly 10-minute address that, despite his pro-Trump fervour, was skipped over by many of the right-wing channels following the rally live.

“We have big issues in Ohio, like the southern border,” he told attendees.

Unlike his fellows, Mr Vance appears to be predicating his general election strategy on the idea that Ohio is now a firmly red state. It’s a dangerous assumption, even given that Ohio has supported Republicans in the past two presidential elections. If it pays off, it will be a clear message to Democrats across the state (and likely elsewhere in the rust belt) that despite everything, Mr Trump’s unpopularity remains low enough in red and purple-red areas to allow the “Maga” brand to persist.

Mr Trump is far from the only Maga Republican to endorse and campaign in person for Mr Vance. In the final days of Ohio’s GOP primary, Mr Vance rallied alongside other big-name conservatives including Marjorie Taylor Greene, Donald Trump Jr and Matt Gaetz.

Compare that strategy to the one being pursued by congressman Tim Ryan, and it becomes clear that both candidates see the field similarly.

Mr Ryan, a veteran of Capitol Hill famous for sparring (unsuccessfully) with Nancy Pelosi for the speaker’s gavel, has reimagined himself as a Joe Manchin-esque figure willing to openly rebuke his party leadership for policies he now says are too left-wing. In recent days he has come out against Joe Biden’s plan to forgive some student loans for millions of borrowers, and depicted himself in interviews as almost Republican Lite while taking care not to insult the former president or his voters.

“I’m running as an independent-minded person who’s taken on President Obama, who’s taken Nancy Pelosi, has taken on Bernie Sanders but also agreed with Trump on trade and China and General Mattis and other things,” said the congressman recently.

He added: “People want an independent-minded person, they don’t want someone who’s just going to pull the lever with their own party, and I will be capable of saying ‘no’ to my own party.”

While a questionable tactic given his past run for the Democratic Party’s presidential nomination and endorsement of Mr Biden in 2020, Mr Ryan’s efforts are clearly those of a candidate who sees his state as trending increasingly conservative. He has repeatedly, through his own statements and those of his comms team, rejected the idea of tying himself to the national Democratic brand, unlike his fellow US Senate candidates on the left including John Fetterman in neighbouring Pennsylvania. And his comms team has actively insisted to reporters that he will not seek help from any allies in his party.

“Well, not really asking anybody. Like I just I’m not one of those guys like, ‘Oh, I need someone to come in and help me.’ I’ve been doing this, I know what I’m doing. I know what I believe in. I know where I’m from. I know who I’m fighting for. I don’t need anyone else to like, you know, gum that message up,” the candidate himself explained in a recent interview.

Mr Ryan has even turned on his 2020 champion, Mr Biden, and called for the president to step aside rather than run for re-election next cycle. Some have seen that as a reversal of his position, given that he joined nearly every other Democrat in the 2020 cycle rallying behind Mr Biden against Mr Sanders when it became clear that just a few candidates had mathematical paths to winning.

“We need new leadership across the board,” he told a Youngstown-based news outlet just days ago.

“The environment politically across the country is poisonous, and people I think want some change,” he added in the interview, which earned him a denouncement as a “two-faced fraud” from Mr Vance’s campaign. “It’s important for us, in both parties, these leaders who have been around for a while, I think it’s time for some generational change.”

But that doesn’t mean Mr Ryan is willing to abandon the president entirely – especially when Mr Biden does something the congressman can use for votes.

Perhaps clouding his efforts to distance himself from the generation of Democrats immediately preceding him, Mr Ryan appeared at a rally alongside Mr Biden several months ago following the passage of the CHIPS Act – a piece of legislation meant to boost America’s semiconductor manufacturing in the face of a global shortage.

And even more confusingly, he appeared to do so in his role as congressman, not Senate hopeful.

For his part, however, Mr Ryan asserts that his sudden run from the national party is by no means a flip-flop.

He says that his calls for “generational change” are a long time coming, and should be no surprise to voters.

“I’ve been saying this since 2016, so this is not breaking news,” he told USA Today. “This is what President Biden said, too. He said I’m going to be a bridge to the next generation, so I don’t feel like I’m saying anything that’s particularly new.”