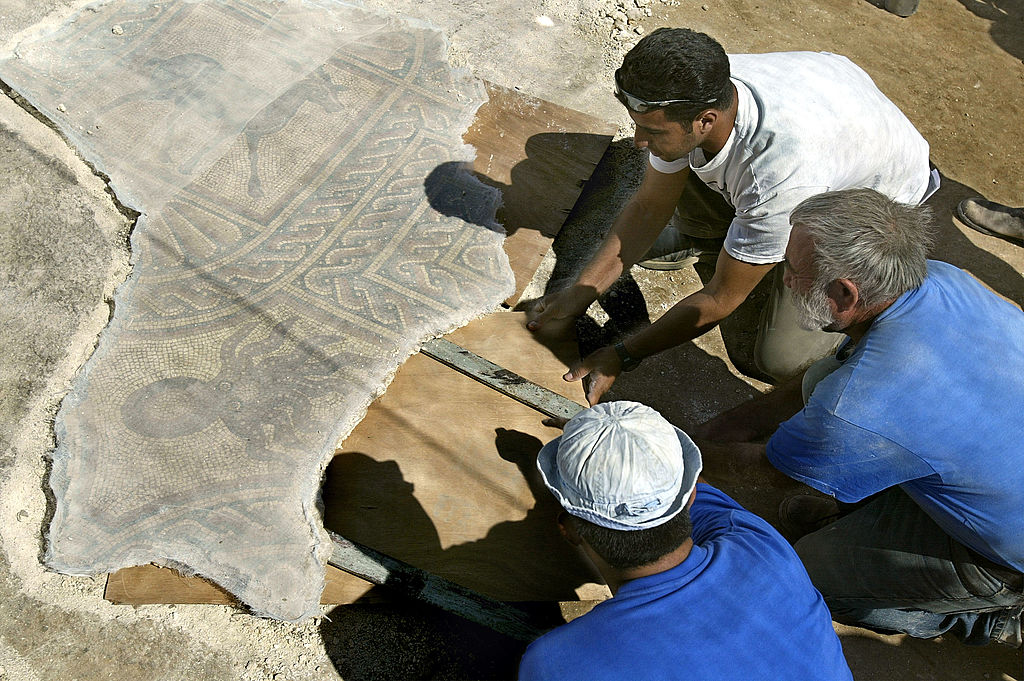 The farmer, Suleiman al-Nabahin, uncovered the mosaic in the Bureij refugee camp in the Gaza strip, where approximately 30,000 Palestinians live without access to a working sewage system or potable water.

People in Gaza are working alongside archaeologists from the French Biblical and Archaeological School of Jerusalem to safely excavate the mosaic and have thus for exposed several large panels. 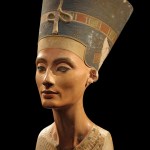 “These are the most beautiful mosaic floors discovered in Gaza, both in terms of the quality of the graphic representation and the complexity of the geometry,” René Elter, an archaeologist from the French Biblical and Archaeological School of Jerusalem, told the AP in an interview. Elter warned that because the mosaic was in such close proximity to Israel, it was in danger of being destroyed.

The mosaic displays a sprawling grid of animals and birds, including waterfowl, dogs, and insects. The mosaic was laid during the time when Palestine was a Byzantine province, from 390 CE until 634–36 CE, when Muslim armies conquered the region.

“This provides us with historical information and details about the ancient civilizations and anthropology in Gaza, the historical and economic relations with the ancient regional environment and the status of Palestine across the world,” said the Palestinian Ministry of Tourism and Antiquities in a statement to Heritage Daily.