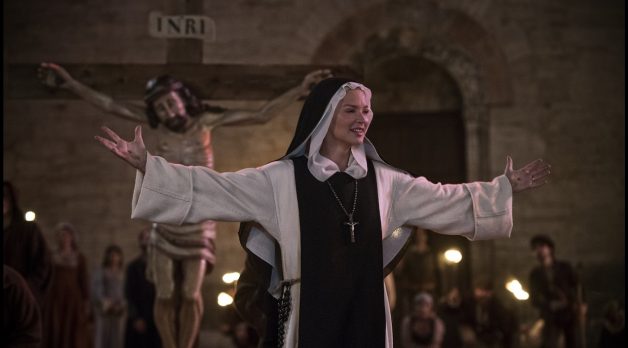 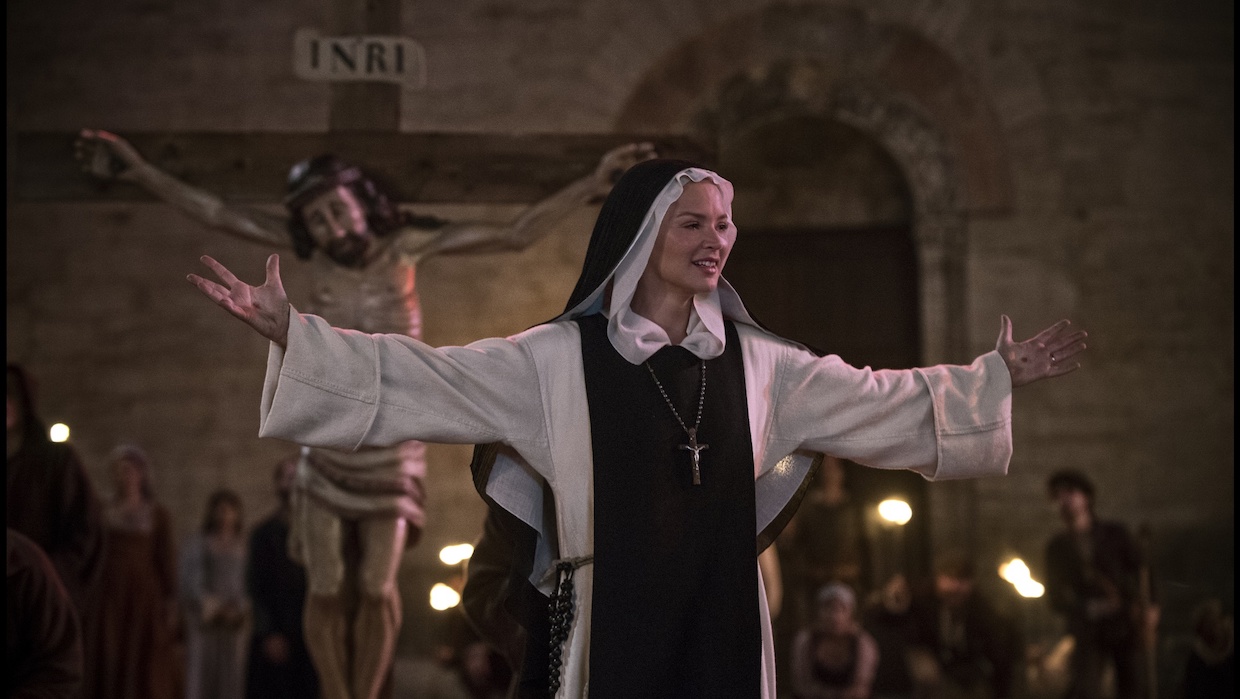 Given what it took to arrive back at this point, anyone who introduced the first press and industry screening of this year’s New York Film Festival would have gotten a nice round of applause—I too am excited to be back at the Walter Reade Theater, my favorite NYC auditorium on a sheer projection quality/screen size/audio fidelity basis. But all politics is local, and NYFF’s significance relative to the larger festival landscape shouldn’t obscure the specific context of this year’s edition. With its union chapter recognized, Film at Lincoln Center’s staff are now attempting to negotiate and ratify a contract. The first day of P&I screenings was Sept. 20; 11 days beforehand, union members were leafletting outside their workplace (this thread spells out, among other things, huge compensation disparities between the executive and staff levels, a hallmark of too many film nonprofits, and that FLC has rejected proposals to provide health care for theater staff). The intro for day one, film one was given by Eugene Hernandez, FLC’s Deputy Executive Director, Programs and Director, New York Film Festival, who asked how many attendees were first-timers (I clocked half a dozen hands), how many were FLC employees (three?) and thanked “whoever’s up there in the projection booth”—without the projectionist’s name, the gesture towards recognition and appreciation sat badly. (It’s worth noting one of this weekend’s free talks at NYFF is about “past and ongoing labor movements in cinema.”)

That first press screening, Benedetta, was probably a good choice—Paul Verhoeven’s all-encompassing misanthropy tends to put people in a counter-intuitively good mood. All last year, I increasingly thought that maybe Verhoeven hadn’t been quite hard enough on America in Robocop, Showgirls et al., a conviction solidified by the 2020 Republican National Convention—all the jingoistic fascism of Starship Troopers with none of the parodic elements and much shittier lighting. This time, Benedetta substitutes the Catholic Church as a proxy (barely) target for capitalism—with cowriter David Birke, Verhoeven establishes a landscape of pure venality faintly disguised in the most token of pieties. As a young girl, real-life 17th-century nun Benedetta Carlini’s’s admission to a nunnery is the subject of vigorous negotiation over the price of entry between her father (David Clavel) and hard-edged Abbess Felicita (the perpetually unflappable Charlotte Rampling). The dynamics are exactly equal to private school admissions haggling: raising the price, Felicita says she has “hundreds of girls” seeking of admission but room for only three. The adult Benedetta (Virginie Efira) sits at meals with robed clergy who openly calculate their odds of ascending to bishop rank in response to news of Vatican deaths.

Ill-guided/mentally stable or not, Benedetta’s seeming sincerity when reporting visions of Jesus (her Messiah, in keeping with Verhoevian norms, kicks bloody ass) initially positions her as a true believer in a world of cynical wolfs, but this wouldn’t be the Verhoeven way. A simplistic model of “humanistic” screenwriting complexity is to produce characters who initially seem Good but turn out to Do Bad Things and vice versa; Verhoeven regularly proposes a world with no well- or ill-meaning actors, where everyone’s waiting to take turn to get the upper hand and expose their true, almost invariably malign motives and/or assert themselves via brute violence. These actions are understandable as survival mechanisms within foul matrices (American society, the Catholic Church, righting nationalism); systems are the ultimate villains, but the people within them aren’t that far behind. This can make for good black comedy and, per usual, Benedetta raises the question of how long, if at all, Verhoeven will let surface respectability ride before rudely puncturing it. (About four minutes, when a bird shits on a bandit at young Benedetta’s prayerful behest.)

While Benedetta’s been touted as a “lesbian nun movie,” it’s less salacious (translation: only one sex scene) than a series of struggles to pull rank, where the fun comes from watching each nasty change of power imbalances. In Hollywood, Verhoeven’s blunt thesis  was given muscle by hefty budgets, maximalized onscreen by vigorous camera movements, complex crowd blocking and a lot of general brio. Benedetta is much slacker, shot mostly on loosely handheld digital, and its early Renaissance world is a little perceptibly threadbare; with its dozens of extras flailing in muddy markets and corpses being carted off in wheelbarrows, at times it weirdly resembles a lackluster Monty Python and the Holy Grail. Benedetta’s lacking in true dramatic snap until, oddly enough, Lambert Wilson shows up as the Nuncio. A papal representative straight out of some mid-’60s Preminger institutional epic (somewhere precisely between Advise and Consent’s Senate and The Cardinal’s Vatican), Wilson’s no-bullshit delivery and vast displeasure at having to correct the actions of his equally cynical but less high-ranking inferiors juices the final act.

The primary spectacular attraction of Michelangelo Frammartino’s Il buco is a re-enactment of a 1961 descent into a deep, narrow cavern in the Italian countryside, with cameras and performers going down a very real hole. The walls are narrow and sloping, each descent undertaken after a flaming torch has been dropped perilously down. Many shots are illuminated solely by the tunnelers’ cave helmets, whose beams of light split pitch darkness and turn white cave walls luminous bright yellow. These sequences are juxtaposed with an elderly shepherd’s daily routine and then extended death—two descents, one of which can never be returned from, a metaphorical juxtaposition requiring little explication. There’s none anyway: save one piece of archival news footage, there’s no dialogue meaningful enough to be subtitled.

Frammartino’s most interesting idea is a period film composed solely of groups or extras—no great men, just masses of individuals moving through history and the earth. Overhead shots of the expedition squad arriving at a rural train station are period-dressed enough to align with (post-)neorealist staples—soldiers milling about the train station, kids playing street games, aproned moms calling everyone home for dinner. It’s a plausible period recreation, though a repeatedly shown magazine cover with Nixon and Kennedy’s faces is pushing it, an early ’60s marker distractingly unaligned with the Italian particulars. (Or maybe it’s just that Nixon’s face always feels like its own center-of-gravity-sucking punchline.) That aforementioned archival news footage is, however, fantastic: an RAI broadcast shot from a platform being pulled up the side of a newly constructed skyscraper, Milan’s Pirelli tower. The cameraman trains his lens on each passing floor, literally ascending the corporate ladder from ordinary workers to executives; it’s riveting, vertiginous and entirely in keeping with the business/industrial transformation of the Italian landscape as captured in Ermanno Olmi’s Il Posto and pretty much every Antonioni movie up to and including Red Desert. This footage was almost more riveting than the film proper, which is thoughtful in aligning itself with those works and pretty astonishing in a pain-in-the-ass-logistics kind of way—the 93 minutes zipped by. But the cave’s color palette and the effects produced stay the same no matter how deep the camera goes, so each shot presents pretty much the same visual possibilities. I didn’t exactly check out, but I did keep (guiltily) thinking about The Abyss, specifically the moment when Ed Harris drops a flare before starting to descend to the bottom of the ocean floor.