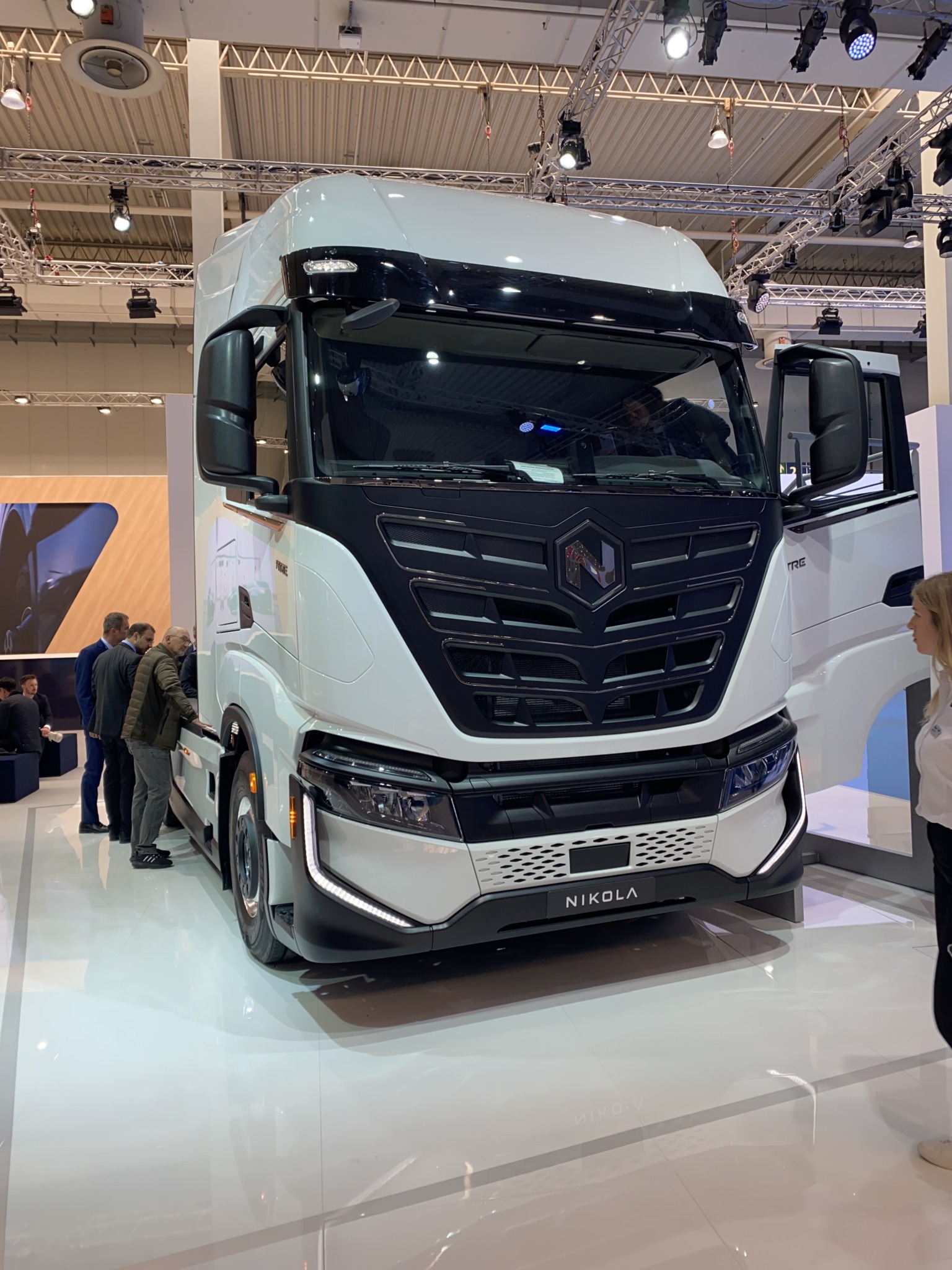 Nikola Corporation leaders were more than happy to share the stage with their Iveco manufacturing partners during the IAA Transportation 2022 show, treating representatives of the Italian company like siblings.

After all, together they were welcoming their newest trucks to the family – the battery-powered Nikola Tre for European markets, and a beta version of the fuel-cell-electric version of the truck.

“Today, we are making history with the first products for the European market of Iveco’s powerful partnership with Nikola Corporation,” said Luca Sra, truck business unit president for Iveco Group. “Together, our teams have designed a modular platform capable of hosting both fuel cell and battery propulsion technologies, starting with the European 4×2 Artic version of the Nikola Tre BEV heavy-duty truck making its debut here today.”

The battery-electric vehicle (BEV) has a range of bout 500 km, while the first generation of the fuel-cell-electric powertrain –developing 480 kWh or 645 hp — promises a range up to 800 km.

Michael Lohscheller, president of Nikola Motor, said that a 6×4 fuel cell version, able to pull up to 90 tons, will be available in 2026-27.  And it will take less than 20 minutes to refuel.

The beta version of the Nikola Tre FCEV Artic 6×2 can accommodate approximately 70 usable kilograms of hydrogen at 700-bar. It is expected to enter mass production in the U.S. in the second half of 2023, and in Europe during the first half of 2024.

But Canadian fleets will have to wait.

“Canada is an important market for Nikola, there is no doubt about that, but as far as deployment is concerned, it has not yet been determined,” Lohscheller told TruckNews.com.