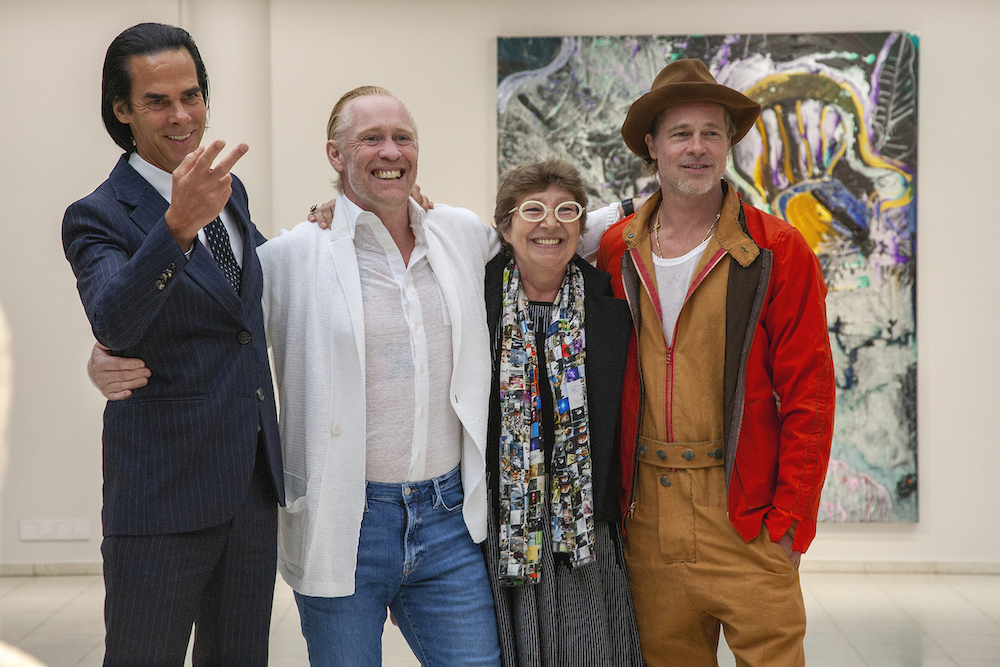 Nick Cave and Brad Pitt surprise-debuted some new artwork in Finland. As the Associated Press reports, the pair created some sculptures and ceramics together, which are now on display at the Sara Hilden Art Museum in the city of Tampere. They were welcomed into the gallery by British artist Thomas Houseago, who encouraged the museum to include Cave and Pitt’s pieces alongside an already scheduled exhibition of his own work.

“Cave and Pitt are already renowned in their respective fields of music and cinema, but this is the first time ever they have exhibited their artwork — pieces which were created during the course of an ongoing dialogue with Houseago,” the museum noted in a statement.

The two of them were on hand for a pre-opening event over the weekend. “It’s about, you know, where have I gotten it wrong in my relationships? Where have I misstepped? Where I am complicit?” Pitt told the Finnish broadcaster YLE — the actor started making ceramics after his divorce from Angelina Jolie.

“I wanted to do a devil because it was red. And I like the color of red glaze,” Cave added. “Eventually I decided to make the life story of the devil itself. For me, personally, it speaks into something about the idea of forgiveness or the need to be forgiven. It’s a very personal work for me.”