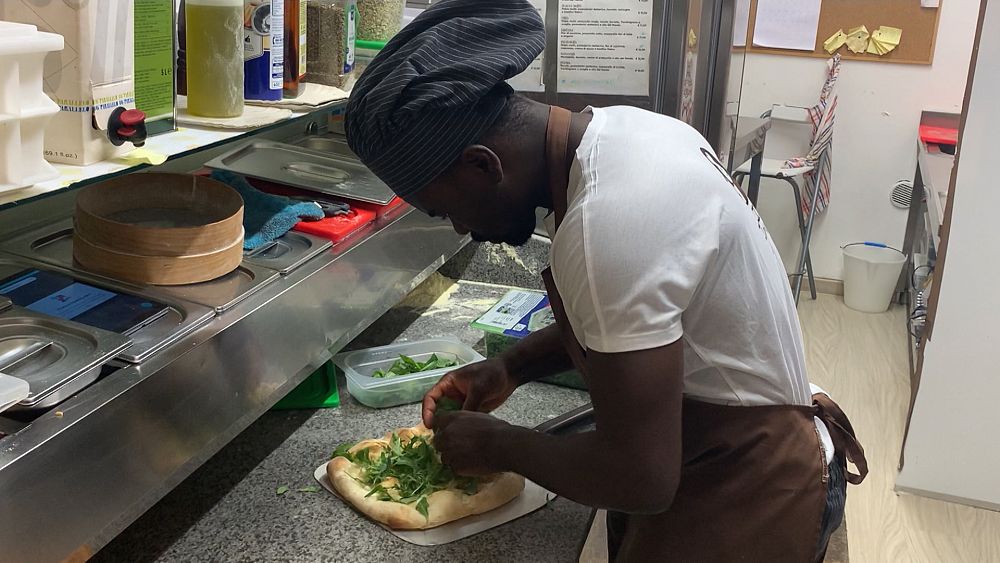 Khaby Lame obtained it thanks to his record on Tik Tok, but Italian citizenship, for those who were born there or have lived there since they were children, remains a mirage.

Despite Italy giving the right to citizenship to those born in the country (ius soli), pitfalls remain. It boils down to one's birthright and is granted if you have an Italian parental line. This takes priority in Italy. The issue is not grabbing the limelight in a distracted election campaign.

There are at least a million stuck in a bureaucratic web, and suffer severe discrimination because of it.

"Ius scholae" refers to the right to have Italian citizenship if you arrived in Italy before the age of 12 and you completed 5 years of school. It is one of two draft legislative changes that have been raised by the Italian left, to help those stuck in limbo.

Among the few who speak about this topic is Marilena Delli Umhuoza, writer and journalist, who tells people's stories every week on Radio Radicale together with Andrea Billau.

"In Italy in order to deserve things like citizenship you have to excel at all costs. Citizenship is a right so it is absurd that the current citizenship law is based on the purity of blood. Because of this law, almost a million young people are discriminated against, and they are denied the same right to vote."

Actors, musicians, athletes: Many consider themselves Italian but are without citizenship, despite excelling in their respective fields, and putting Italy on the map.

One of the new Italian citizens we visited in Trento was Ibrahim Songne. Ibrahim was born in Burkina Faso. He runs a pizzeria which is now among the top 50 in the world. Yet the road has been uphill for him, too.

"At first, people didn't want to come in, they would walk past the store, see that at the back in the workshop was me, and they would leave straight away. I took the trouble to purposely stay out of the shop during peak hours, I had hired two white employees, and it was an incredible turnaround, it was full, they were even creating a queue,” says Songne.

"Being Italian does not necessarily mean being white, but you can be black and Italian. Me, I am black, but I feel Italian."