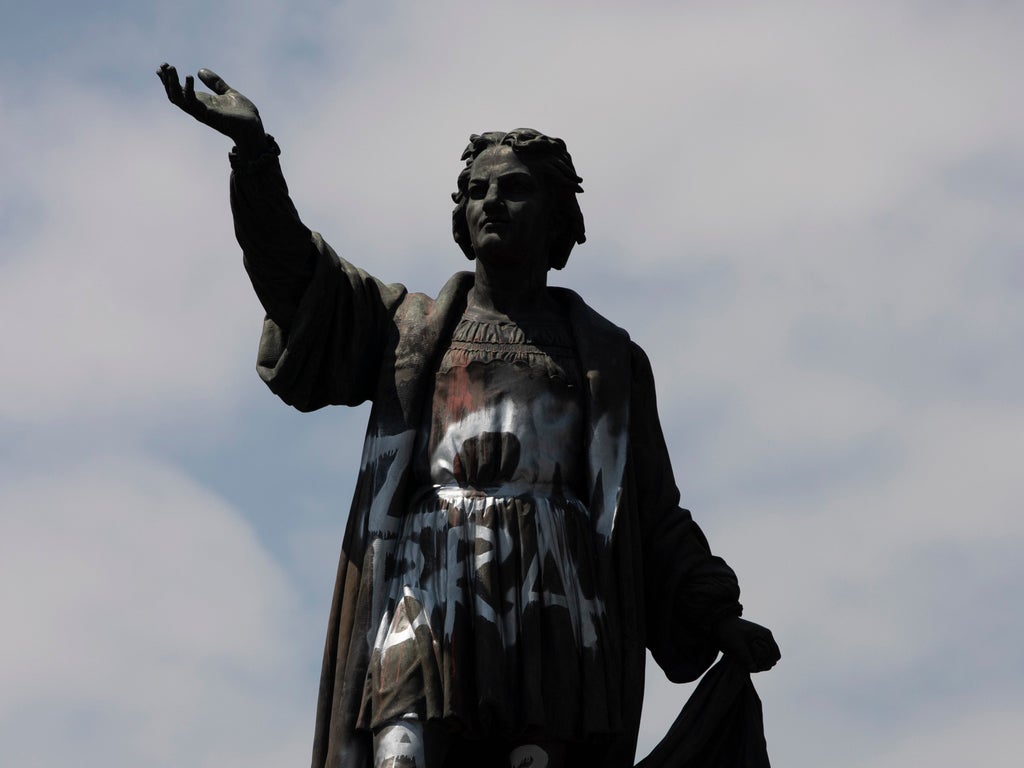 A statue of Christopher Columbus is to be permanently removed from Mexico City’s most prominent boulevard.

The statue, which has for decades held pride of place on the Paseo de la Reforma, will be replaced by a memorial to the country’s indigenous women, mayor Claudia Sheinbaum announced.

The Columbus statue was removed before last year’s Columbus Day, known as “Day of the Race”, reportedly for restoration.

It had been repeatedly defaced by activists who denounced Europeans’ conquest and suppression of Mexico’s indigenous peoples.

The mayor said the 19th-century bronze statue would be shifted to a “worthy” but less prominent location elsewhere in the city.

She said the European vision of the “discovery of America,” was often associated with Colombus, even though civilisations existed for centuries before his arrival in the Americas in 1492.

“Of course we recognise Columbus. But there are two visions,” Ms Sheinbaum said.

“There’s another vision from here, that in reality a European arrived in America, who made an encounter between two places, and then came the (Spanish) conquest,” she added.

Statues of Columbus were a source of tension for activists during widespread protests by the Black Lives Matter movement in the United States last summer.

According to CBS News, at least 33 Columbus statues were removed across the US last year.

Reuters reported that Ms Sheinbaum is a close ally of President Andres Manuel Lopez Obrador, who came to power with the promise to defend poor and indigenous communities.

The Associated Press reported that when the statue was removed last year, Mr Obrador said that Day of the Race was a date “that is very controversial and lends itself to conflicting ideas and political conflicts.”

"To disappear, remove monuments and other architectural and artistic elements that are part of the great identity of Mexico City, without even asking citizens, it seems arbitrary to me,” Mr Calderon said.

An estimated 55 million people died between 1492 and 1600 in the Americas, many due to disease, war and famine. Columbus has been accused by protesters of enabling a genocide of indigenous populations.

Ms Sheinbaum said she is hopeful that the replacement statue “Tlali” would be erected by this year’s “Day of the Race” on October 12.

PrevPreviousWhat’s Happening in Sports: September 6, 2021
NextCoolest spring fashion trend 2020 you must follow –Next