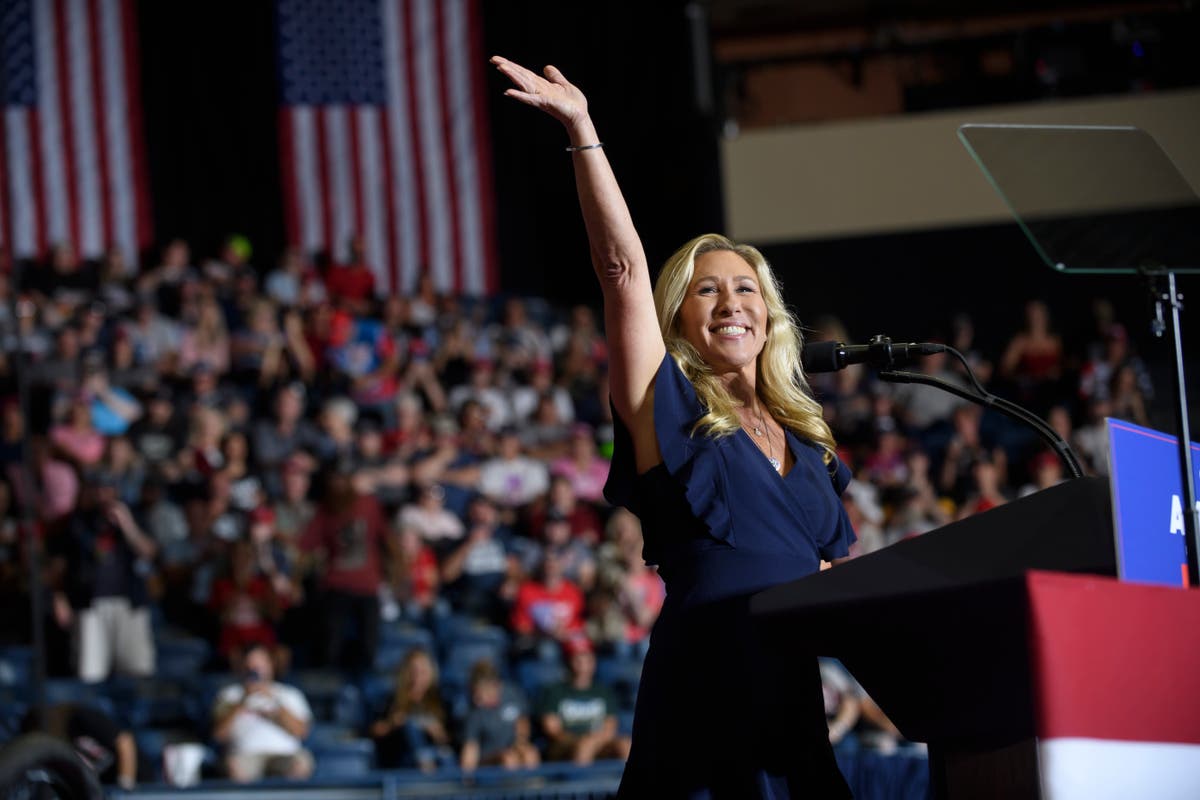 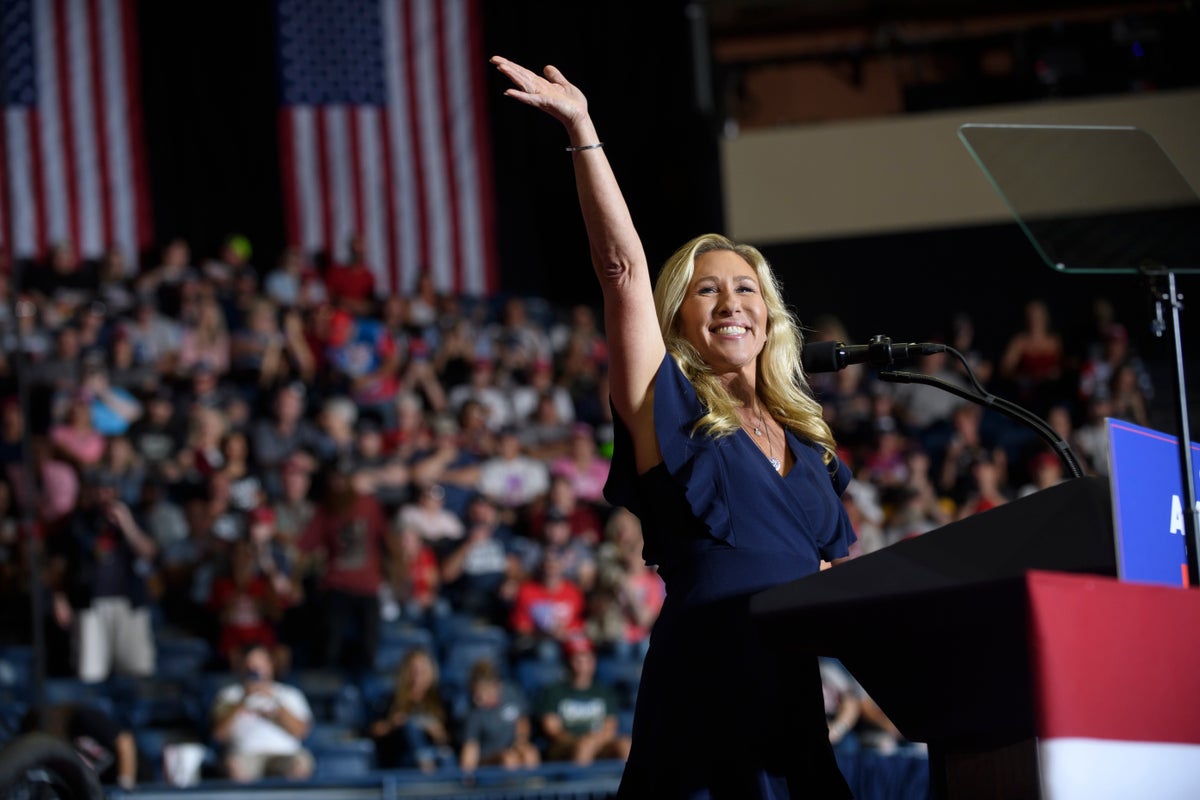 Marjorie Taylor Greene has threatened to “defund” the Department of Education to prevent teachers from “brainwashing” American children.

The right-wing lawmaker from Georgia made the bizarre threat as she warmed up the crowd at the Donald Trump rally in Youngstown, Ohio, on Saturday night.

Mr Trump is visiting the state to support Republican candidate for US Senate, J D Vance, who is involved in a tight race with Democratic Representative Tim Ryan, as well as Congressman Jim Jordan.

“If the government wants to replace parents and brainwash children, you know what, we will just defund the Department of Education,” she said,

In an earlier post on Truth Social, Mr Trump called the event a “sold out juggernaut” and claimed that without his rallies and endorsements, most candidates such as Vance would lose.

During her speech, the QAnon supporting congresswoman called the one-term president the “one true leader of the Republican Party.”

“And the one we will make our next president of the United States of America,” Ms Greene added.

Mr Trump has not officially announced his candidacy but has repeatedly hinted that he will run for the White House again in 2024.