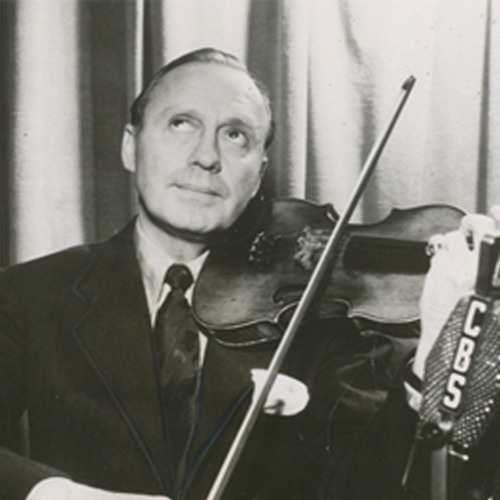 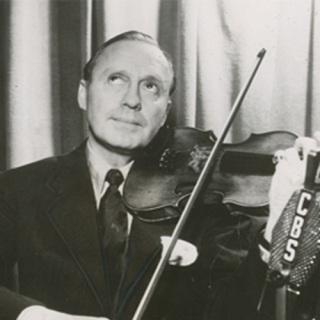 I have always wanted to write a poem called Jack Benny’s violin.
How often have I begun a poem with that title.
At a key moment a mugger intercepts our man in sin
with a gun. “Your money or your life?”
There follows the longest pause in the history
of stand-up comedy.  “I’m thinking!  I’m thinking!”

Jack Benny’s violin was the thinking
man’s violin,
as if a scratchy sound symbolized Jack’s whole history,
metonymic for the man who wore the title
“King of Comedy” for most of his working life.
No, he couldn’t play it like Henry Mancini;

he played it straight.  Yet in his mind he was a man seen
hurling the javelin in the glory of his youth, not thinking
of his job, his boss, his wife, or of what life
after sixty has to offer.  At night he plays the violin
badly (Brahms’s concerto), but Y. A. Tittle
passes to Del Shofner when he dreams his story

is metonymic for the whole Giants’ story,
even as he might say Del was his main man in sin:
their opponents thought it a sin, to rob them of a title.
Could the mugger have been thinking
it was a sin to rob Jack of his violin?
Or was he just giving Jack the straight line of his life?

“Jack Benny was my role model,” John said.  Life
has been good to the deadpan master of the double-take.  History
to him was like a theme for solo violin:
playing it he proved that the love of god and the need to sin
can coexist.  It defied reason, but thinking, real thinking,
was like that—like a poem abandoned without a title.

We were listening to a new rapper, Li’l N Title,
when John said, apropos nothing and everything, “Life
was a joint, and the Firesign Theater, and poems that did their thinking
at warp speed, and on vinyl.  But I guess all that’s history
now.  Jack Benny shuffled off the stage as Charlie Manson
shuffled on — we should’ve listened better to Jack’s violin.”

And you, dear reader, are entitled to hear this violin
duet and imagine it is a hymn to life, to man and woman in sin,
because it wears its thinking on its sleeve and calls it history.

PrevPreviousBook Riot’s YA Book Deals of the Day: September 17, 2022
NextLynk may beat Starlink and Apple to the punch as FCC approves its space-based texting • TechCrunchNext