Islamabad Rejects Allegations of Pakistan’s Control of Situation in Afghanistan 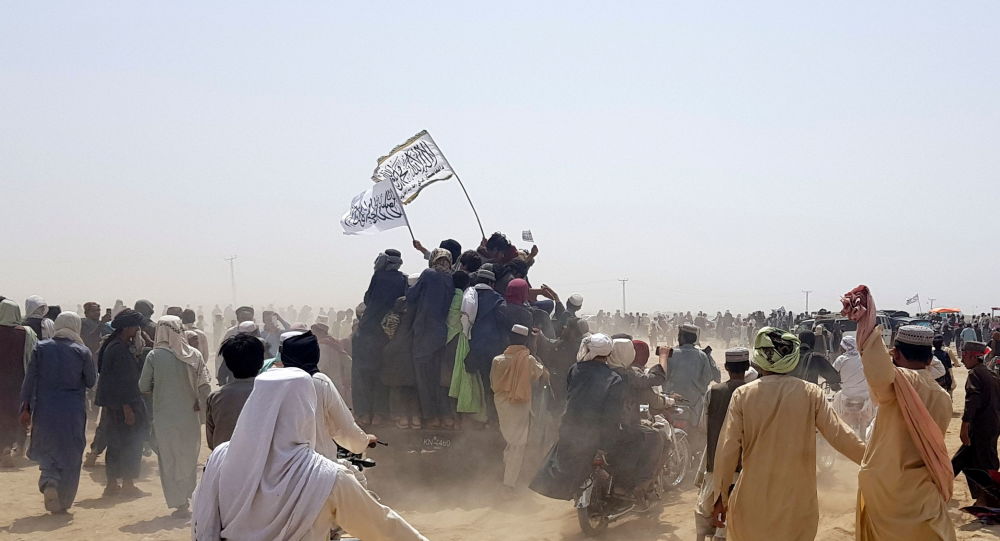 In late August, NATO Secretary-General Jens Stoltenberg said that Islamabad "has a special responsibility" for the situation in Afghanistan "partly because of Pakistan's close relationship to the Taliban*". Many Afghans who oppose the Taliban have criticised Islamabad on social media, while the hashtag #SanctionPakistan trended on Twitter during the militant movement's offensive and the fall of Kabul.

"So it's not that we have a kind of a control over Afghanistan, but geography, culture, history, and, of course, language and the fact that there are four million refugees living in Pakistan. That gives us some kind of a role, but not control over a situation. The solution and dealing with the challenge is a collective responsibility", Khan said, adding that Moscow "understands that point very well".

The diplomat also said that "everyone knows you can't dictate to Afghans" as proven by the country's history.

"I hope [that it is] not [NATO attempting to shift all responsibility for Afghanistan on Pakistan] because western countries understand that the withdrawal of forces does not mean that they have washed their hands. They can't. Refugees are just one manifestation. There can be darker consequences: drugs, human smuggling, narcotics, terrorism", Khan added.

Pakistan Ready to Respond to Terrorist Threat Emanating From Afghanistan

The diplomat mentioned that there are several issues linked to Afghanistan, including threats from "ungoverned areas that no one has control" over and funding of terrorist elements by "other countries". The ambassador also said that there has been a spike in border attacks on Pakistani soldiers recently.

"And finally, one last point is that some foreign powers may think that it is only Pakistan's problem. No, it's not just our problem. Tomorrow a person fighting against Pakistan can join ISIS* and start attacking others. So overall, this problem has to be rooted out. But the key, one first step, is stability in Afghanistan for that", Khan said.

Islamabad wants to cooperate with Moscow and other partners "to contribute to a broader, inclusive political government that will bring stability in Afghanistan", the diplomat added.

Date of Meeting Between Afghanistan-Neighboring Countries Not Set

The date and place of a meeting between Afghanistan’s neighboring countries are not yet determined, the diplomat added.

Pakistani Foreign Minister Shah Mahmood Qureshi has suggested holding such a meeting between foreign ministers of regional countries to discuss Afghanistan in the aftermath of the Taliban taking over Kabul.

"There has been discussion [on holding a meeting of Afghanistan’s neighboring countries] going on, but there is nothing concrete yet as such in terms of who will be the participants, when it will take [place], whether the place is confirmed. I don't have any information to share on that. But what I can tell you is there are some ideas about that. No concrete details yet," Khan said.

The diplomat also mentioned that the Extended Troika, which includes Russia, China, the United States, and Pakistan, is "the most important forum" when it comes to discussing Afghanistan-related issues.

Mullah Baradar Akhund, a senior official of the Taliban, makes a video statement, in a still image taken from a video recorded in an unidentified location and released on August 16, 2021

"That is the fundamental forum, which is Pakistan, Russia, China, and the United States. That remains the key part of everything. And then, of course, we also have the Moscow format, which is more expanded, with more countries involved. And then, of course, there is the Shanghai Cooperation Organisation [that] also has been involved here," Khan said.

Pakistan does not support the idea of including India in the Extended Troika on Afghanistan, while Iran has yet to respond to its invitation to join the format, Shafqat Ali Khan stressed.

The Extended Troika includes Russia, the United States, China and Pakistan. Russian Foreign Minister Sergey Lavrov has said that discussions have been held on including New Delhi and Tehran in the format.

"About India's joining, I have not seen the statement. There is a standing invitation for Iran to join the Troika Plus whenever it wants. So far, they have not taken a decision to join it ... They have so far not responded, conveyed their interest in joining. But I haven't seen Foreign Minister Lavrov’s statement that says that India will join the Troika plus format. For us, India is not a candidate for Troika plus," Khan said.

*The Taliban is a terrorist organisation banned in Russia and many other nations.