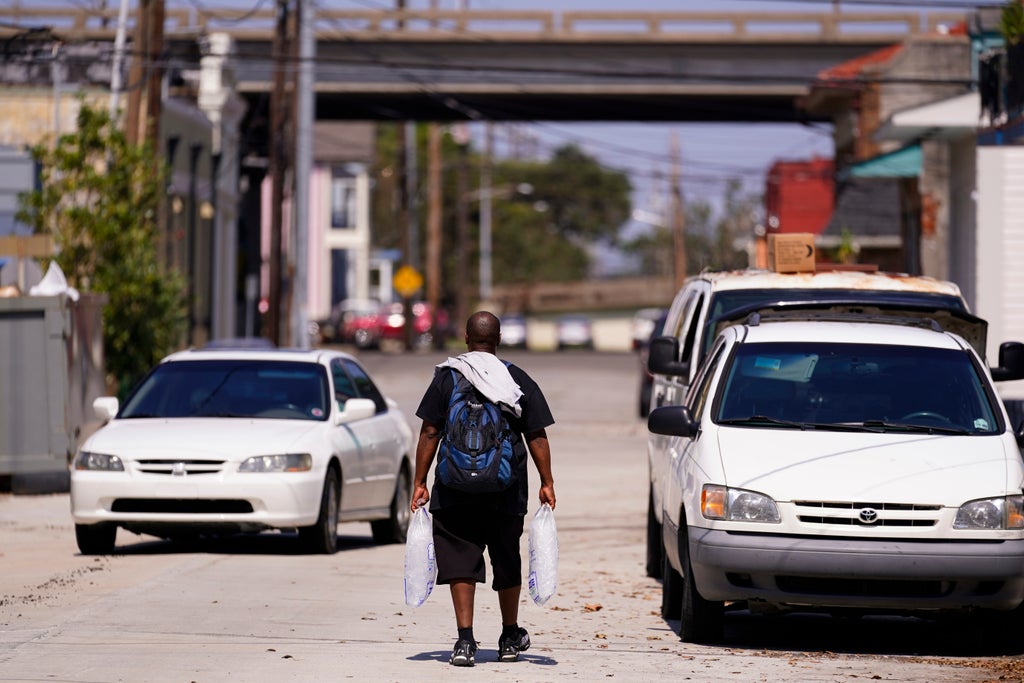 The Orleans Parish Coroner’s Office has confirmed at least nine heat-related deaths in the wake of Hurricane Ida after widespread power outages left thousands of residents in the dark without air-conditioning for several days.

At least 26 Louisiana residents have died in the storm’s aftermath, according to the state’s Department of Health.

On 8 September, the agency confirmed nine people died from “excessive heat during an extended power outage” and two others died from carbon monoxide poisoning between 30 August and 6 September.

After Ida’s deadly-force winds toppled transmission towers and mangled thousands of power lines across the region, mass outages across south Louisiana have continued into their 10th day since the storm made landfall on 29 August.

Entergy New Orleans, the gas and electric company that services the New Orleans area, estimated that roughly 90 per cent of its customers in New Orleans would have their power restored by 8 September, following several days of heat advisories warning residents of temperatures reaching above 100 degrees Fahrenheit.

Thousands of people are still without power in areas outside the city, as residents who are able to return begin to empty the contents of their flooded-out homes and repair roofs with blue tarps.

Entergy estimates more than 430,000 customers are still without power in the state, as of 8 September.

The company estimates power will not be restored in hard-hit parts of the state – including Plaquemines, Terrebonne and St Charles parishes, as well as coastal parts of Jefferson Parish – until 29 September.

The for-profit utility company is facing renewed scrutiny in Ida’s wake, which has exposed lingering issues that residents and regulators have criticised for years and in the aftermath of other storms – including lack of upgrades to strengthen its power grid and lines for more severe storms in the midst of the growing climate crisis, and its reluctance to move to renewable sources.

Members of the New Orleans City Council, which regulates the utility, have vowed to investigate the latest power failures.

Deaths in the storm’s wake include at least seven people among hundreds of nursing home residents who were evacuated to a makeshift warehouse, as well as five people who died in senior living centres in New Orleans.

On 4 September, the Louisiana Department of Health ordered the immediate closure of the seven nursing homes that sent their residents to the makeshift facility in Independence, a town roughly 70 miles north of New Orleans.

The agency revoked their licences on 7 September, and their Medicaid provider agreements were terminated.

Their deaths and reports of poor healthcare and deteriorating conditions at the makeshift shelter prompted officials to take a closer look at nursing home oversight and accountability measures as well as the role of the politically powerful industry in the state.

The nationwide death toll from Ida has exceeded 50 lives, with 17 deaths in New York, where most victims were trapped in illegally constructed basement-level apartments as floods inundated several neighbourhoods on 1 September.