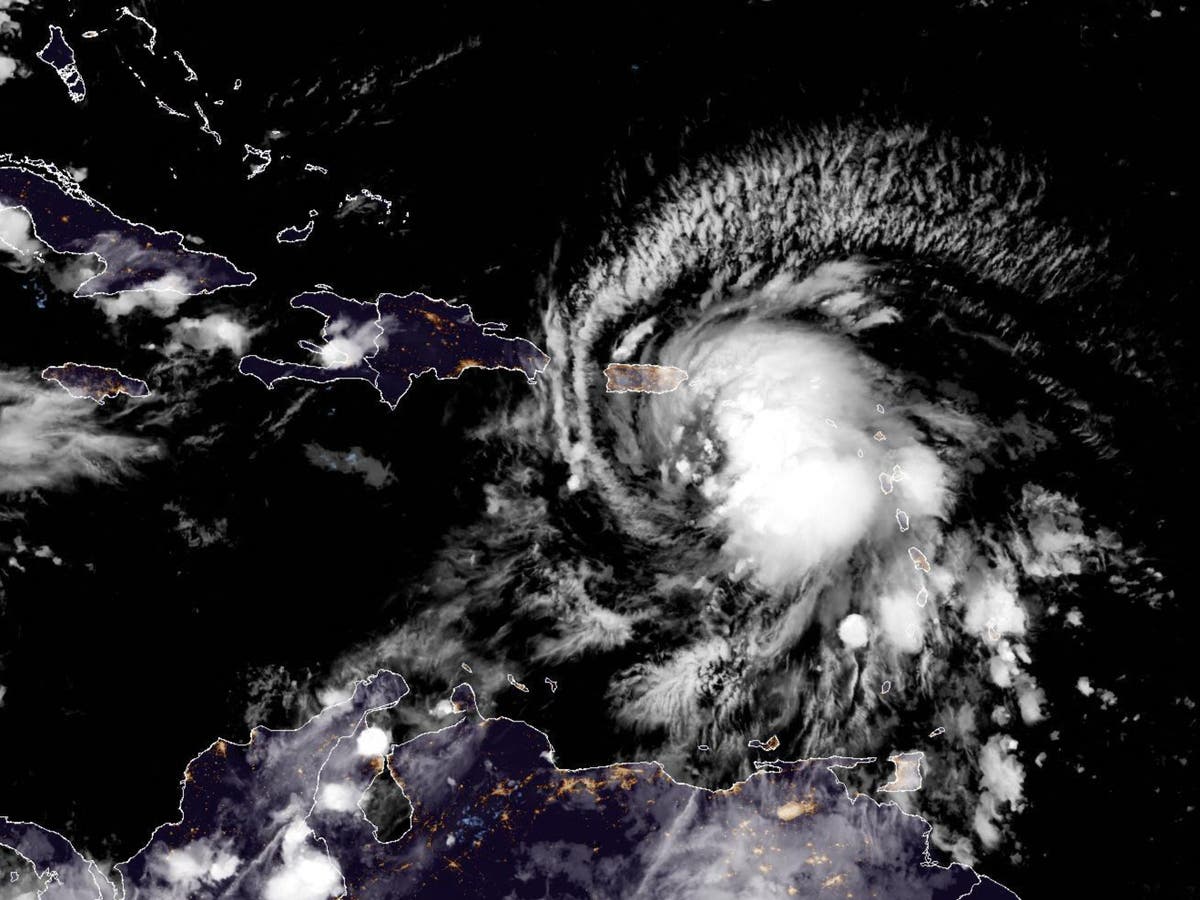 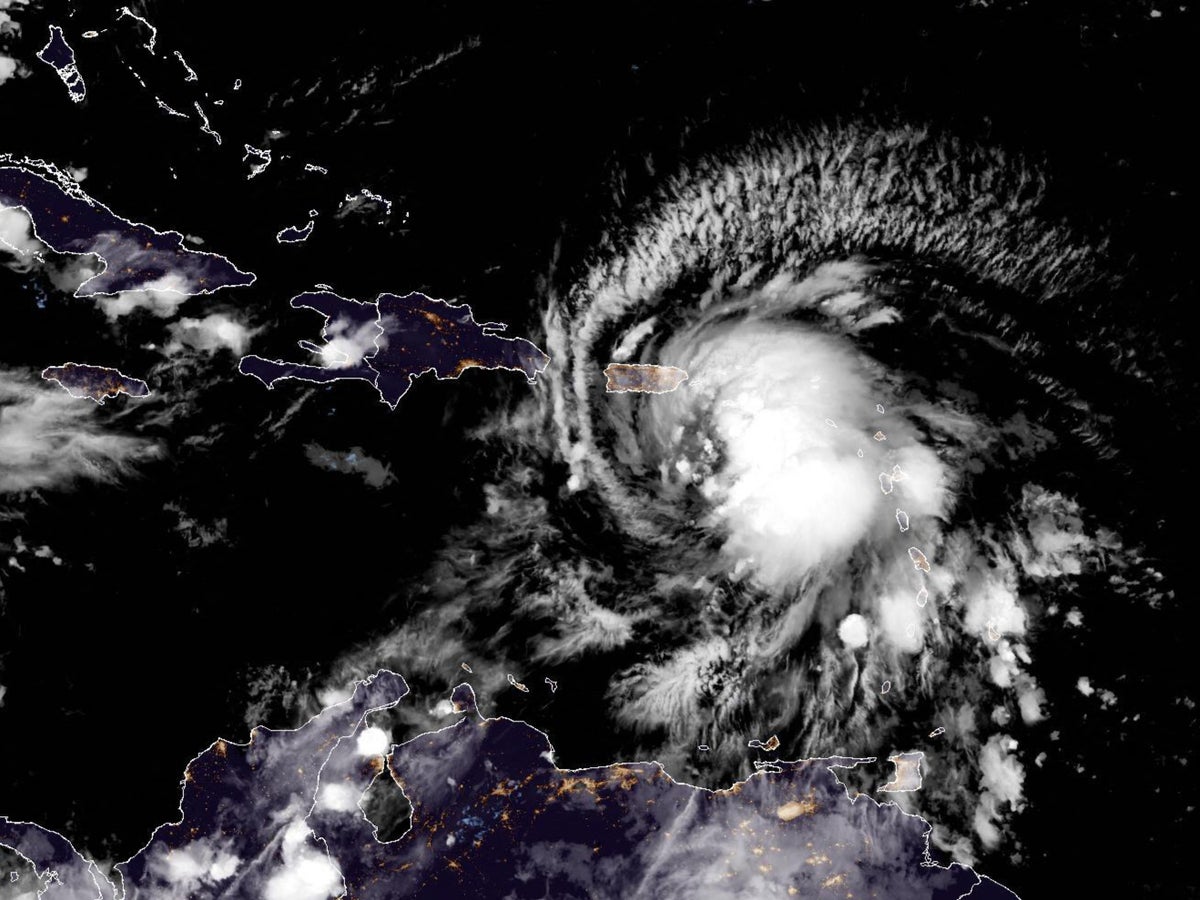 Hundreds of people were rescued across the island from the high-risk area as water levels rose swiftly, enveloping even airport runways.

President Luis Abinader, the Dominican leader, postponed a trip to New York to participate in the United Nations General Assembly, while the start of the school year was pushed back to Wednesday, from today.

“The damages we are seeing are catastrophic,” said governor Pedro Pierluisi, as forecasters warned that the storm threatened to dump “historic” levels of rain, with up to 30 inches possible in eastern and southern Puerto Rico.

“These rains will produce life-threatening flash flooding and urban flooding across Puerto Rico and the eastern Dominican Republic, along with mudslides and landslides in areas of higher terrain,” said US National Hurricane Center.

Electricity was initially completely out across the island of 3.3 million people, said LUMA Energy, the company that operates power transmission and distribution, but night officials said some power had begun to be restored, but reconnecting the whole island would take days.

The video clip was assembled from numerous snapshots taken by the US government’s Geostationary Operational Environmental Satellite (GOES) system, which consists of four satellites in permanent orbit at fixed points over the equator.

Here’s some footage of how the hurricane is affecting Puerto Rico via Antilles-based photographer Gérald Deliscar-Jourdan.

One clip shows a runway at Mercedita International Airport near Ponce on the island’s south coast completely flooded, while another shows a town street submerged in what looks up 2-3 ft of water.

Aid agencies in the Dominican Republic have begun evacuating residents from high-risk areas in the east of the country, according to Reuters.

President Luis Abinader delayed his trip to the UN General Assemvly in New York, while the start of the school year was pushed back from Monday to Wednesday.

Puerto Rico resident Denise Rios, who lives in the southwestern town of Hormigueros, told Reuters that she had lost power to her home around noon when rain and strong gusts began to hit.

"Since then it hasn't stopped," she said. "It is raining heavily and the wind is blowing hard. I'm calm, but alert."

The eye of Hurricane Fiona is now roughly 40 miles west of Puerto Rico, about halfway between the US territory and the Dominican Republic, US officials say.

In its latest bulletin tonight, the US National Hurricane Center (NHC) said that “heavy rainfall and catastrophic flooding continues across much of Puerto Rico”.

The storm’s current maximum sustained windspeed is 85mph, with higher gusts, and that’s expected to strengthen. Hurricane-force winds extend to about 30 miles beyond the eye, and tropical-storm-force extend to 140 miles.

That now puts Puerto Rico outside the worst of the winds, with the Dominican Republic now squarely in Fiona’s crosshairs.

All flights to the US Virgin Islands cancelled

For obvious reasons, travel across the Caribbean is highly disrupted. All flights in the US Virgin Islands on Sunday have been cancelled, according to TravelPulse, while the US Coast Guard closed down all the islands’ sea ports.

The US Virgin Islands are about 67 miles east of Puerto Rico, and have been seeing sustained wind speeds of 45mph with gusts of up to 75mph, and expcted rainfall of up to six inches.

That’s nothing to what Puerto Rico is seeing right now: forecasters have said the island could see up to 30 inches of rain and maximum sustained winds of nearly 85mph.

Rush to protect life and property

Here’s a closer look at the NHC’s most recent update about Hurricane Fiona.

“Hurricane conditions are occurring on portions of Puerto Rico, and are expected in portions of the eastern Dominican Republic tonight and Monday,” said the agency on Sunday evening, adding that (less intense) “tropical storm conditions” would reach parts of the Republic “within the next few hours”.

What does that look like on the ground? The NHC warns of a combination of “storm surge” and high tides that will cause normally dry areas near the shoreline to be flooded by rising waters.

Similar conditions are expected in the Dominican Republic, which could see waters rising to 3 ft above usual high ride marks.

“Preparations to protect life and property should be rushed to completion,” the NHC said.

‘The damages we are seeing are catastrophic'

Puerto Rico officials have described “catastrophic” damage as Fiona sweeps across the island.

"The damages that we are seeing are catastrophic," said governor Pedro Pierluisi. “I urge people to stay in their homes,” said William Miranda Torres, mayor of the town of Caguas, which reportedly suffered landslides.

The electricity blackout apparently remains, with the island’s power transmission and distribution company Luma saying: "Current weather conditions are extremely dangerous and are hindering our capacity to evaluate the complete situation.”

The company added that power may not be fully restored for several days.

That left many health centres and essential services running on generators, while residents told Fox 13 Tampa that the island’s birds were “nowhere to be seen”, apparently taking shelter from the storm.

One death so far linked to Hurricane Fiona

There has been one death reported so far that was tied to Hurricane Fiona, when authorities in Guadelope said a man wasfound dead after his house was swept away from floods.

Sadly, there's every chance that death toll will rise today.

The eye of Hurricane Fiona has cleared Puerto Rico and is now heading for the eastern Dominican Republic, according to the NHC.

In its latest bulletin about half an hour ago, the US agency said that the centre of the storm was now about eight miles west of Puerto Rico and heading northwest at around 9mph.

That puts the centre on track to pass over the Republic tonight and throughout Monday, before swinging near the Turks and Caicos Islands on Tuesday.

The NHC now says there will be “catastrophic flash and urban flooding” across Puerto Rico, and the eastern Dominican Republic.

Gusts of up to 103mph in Ponce

It’s looking nasty out there. This footage via storm chaser Brett Adair shows hurricane winds blowing clouds of debris from rooftops and across parking lots as Fiona makes landfall.

Weather Channel on-camera meteorologist Mike Seidel also shared a video of what he called 103mph gusts in Ponce, a city on the southern coast of Puerto Rico.

PrevPreviousSeth Rollins sends a six-word message ahead of his US Title match on WWE RAW
NextTIFF 2022: Saint Omer, Hawa, DalilandNext