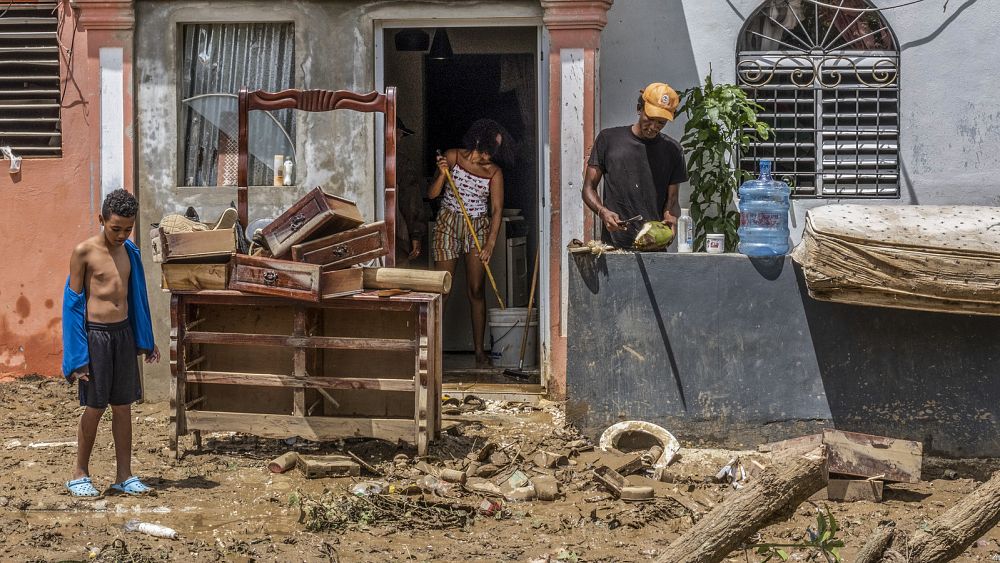 Hurricane Fiona swept across the Turks and Caicos Islands on Tuesday as a Category 3 storm after having ravaged Puerto Rico, where most people remained without electricity or running water and rescuers used heavy equipment to lift survivors to safety.

The storm’s eye passed close to Grand Turk, the capital of the small British territory,  after the government imposed a curfew and urged people to flee flood-prone areas. Storm surge could raise water levels there by as much as 1.5-2.5 metres above normal, according to the U.S. National Hurricane Center.

Later on Tuesday, the storm was centered about 80 kilometers north of North Caicos Island, with hurricane-force winds extending up to 45 kilometers from the centre.

Premier Washington Misick urged people to evacuate, saying that “storms are unpredictable." He delivered his statement from London, where he had just attended the funeral of Queen Elizabeth II. “You must therefore take every precaution to ensure your safety.”

Fiona had maximum sustained winds of 185 kph and was moving north-northwest at 13 kph, according to the Hurricane Center, which said the storm was likely to strengthen into a Category 4 hurricane as it approaches Bermuda on Friday.

It was forecast to weaken before running into easternmost Canada over the weekend.

The broad storm kept dropping copious rain over the Dominican Republic and Puerto Rico, where a 58-year-old man died after police said he was swept away by a river in the central mountain town of Comerio.

One death was linked to a power blackout — a 70-year-old man was burned to death after he tried to fill his generator with gasoline while it was running, said officials.

Parts of the island had received more than 64cm of rain and more was falling on Tuesday.

In the Dominican Republic, authorities reported one death: a man hit by a falling tree. The storm displaced more than 12,400 people and cut off at least two communities.

Fiona is currently not expected to threaten the United States's mainland.

PrevPreviousUSC receiver Gary Bryant Jr. to redshirt for 2022 after just two catches
NextShould We Be Uncomfortable With Furniture at Art Galleries?Next