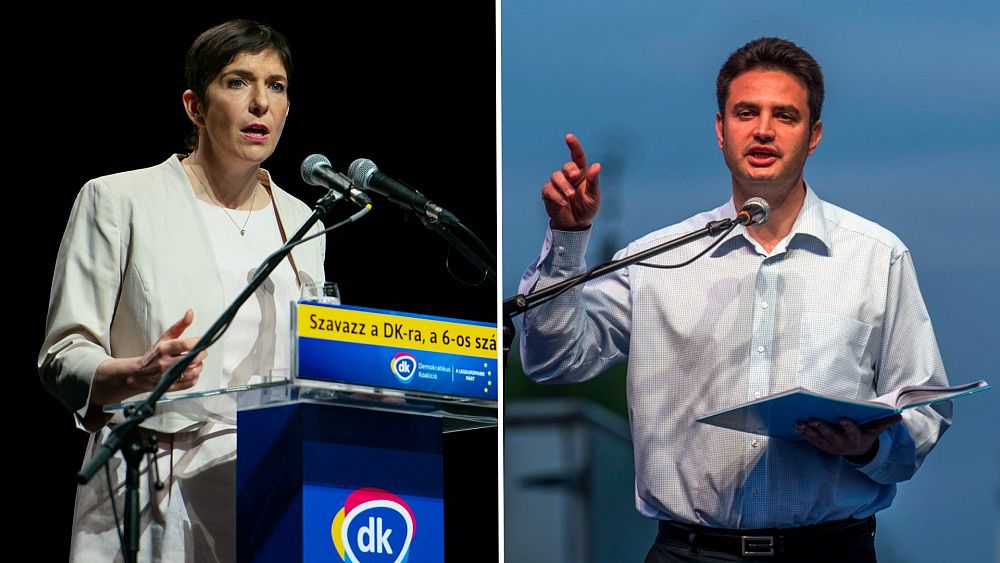 The political catchphrase amongst Hungary"s opposition parties in the run-up to the spring election is "anyone but Orban".

The opposition held primaries on Saturday that will decide who runs against the populist prime minister Viktor Orban.

The choice has narrowed down to two candidates: moderate conservative mayor Péter Márki-Zay, who has returned to Hungary after living in the United States, and centre-left lawyer Klára Dobrev, known by many for being the wife of former Prime Minister Ferenz Gyurcsány.

"After 12 years of the right-wing Fidesz government, the injustices in this country have become unbearable and cannot be allowed to increase any further," she said.

"We spend less than the EU average on health, education, pensions, social measures and much more on corruption money, which is disguised as economic development, or on individual subsidies.”

She's been campaigning on renegotiating the EU's seven-year cohesion policy agreement and the reconstruction fund.

In the first primary Dobrev came out on top with nearly 35 per cent, the mayor of Budapest Gergely Karácsony second with 27 per cent, and Péter Márki-Zay came third with 20 per cent.

But Karácsony dropped out of the race, throwing his support behind Marki-Zay.

Back in 2018, Peter Marki-Zay burst onto the political scene when he stood as an independent and won the election to become mayor of a pro-Orban city in the south, Hódmezővásárhely.

Most opposition voters are left-wing or liberal but right-leaning Márki-Zay doesn't think this is an obstacle.

"As a challenger to Viktor Orbán, I have a much better chance now, representing the joint team, including Gergely Karácsony, to reach out in April 2022 to people who might not vote for a left-wing candidate," he said.

Despite a fierce campaign, both candidates have promised to support the winner.

Whoever ultimately triumphs in the primary will lead a coalition of six political parties that range from far-right to socialists to environmentalists, all united against Orban and his Fidesz party.

Fidesz has dominated Hungarian politics for over a decade and Orban has used his two-thirds majority in parliament to alter the political system to entrench his and his party's political power.

The final result of the primaries is expected on Sunday evening.