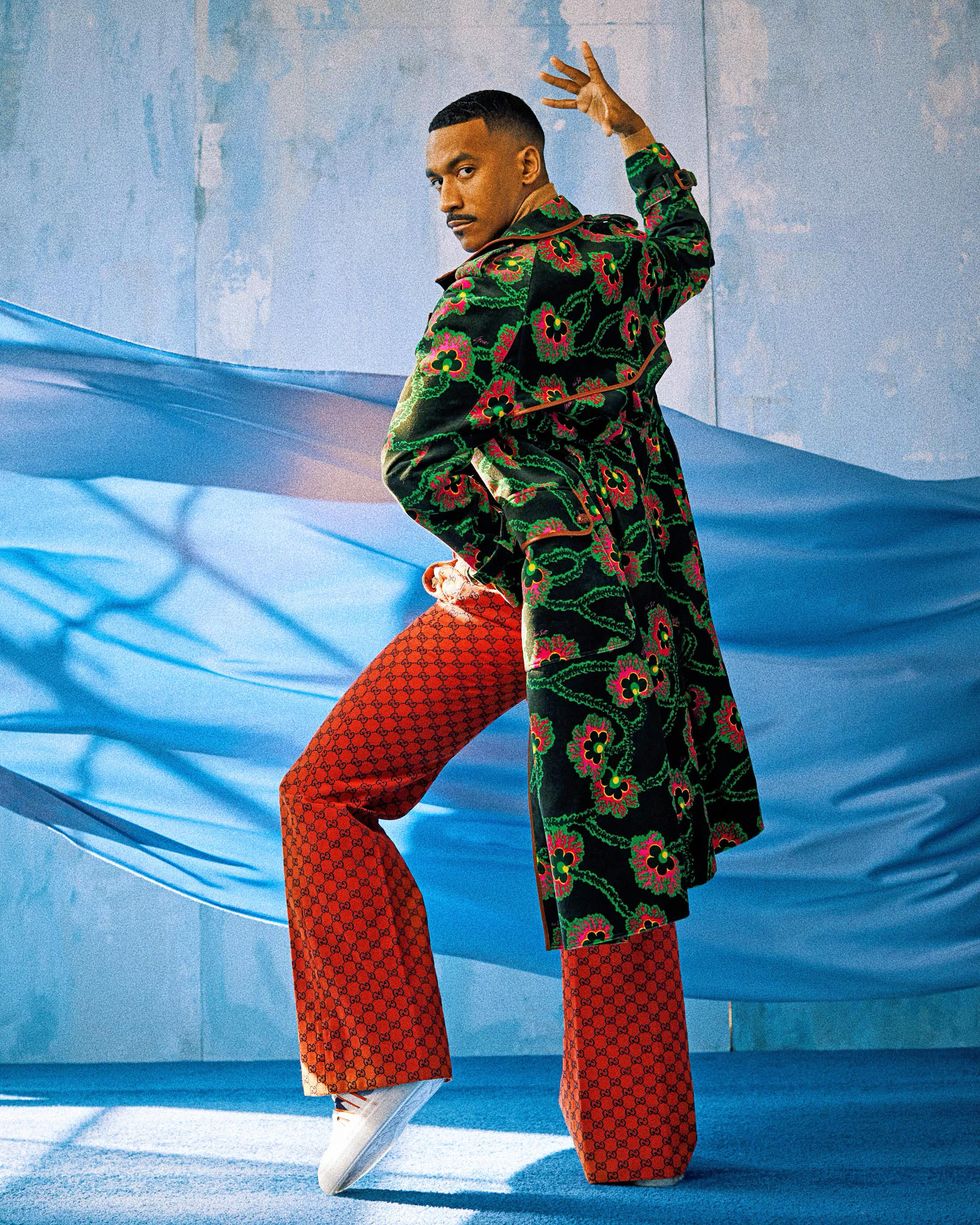 There's something about Sean Bankhead's choreography that moves you to your feet. Through intricate footwork, a twerk moment or a groove typical to Atlanta dance styles, he makes the lyrics, the melody and every instrument playing come alive.

"He wants you to feel the music exactly how he hears it in his head," says JaQuel Knight, a creative director and choreographer who works with Beyoncé and Megan Thee Stallion, among other celebrities, and is Bankhead's best friend. "The movement is just so authentic to the music."

With well over a quarter of a billion views of his work across YouTube and TikTok, Bankhead, 32, has established himself quite literally as a choreographer to watch. After the #UpChallenge to Cardi B's "UP" spread like wildfire earlier this year, Bankhead, who'd choreographed the music video, created a tutorial for his version that also went viral, with hordes of dancers performing to the audio of him cuing the movement (scatting choreographer sounds, like "a-bookie-bookie-boop"). It's just one of many moments that have allowed movers all over the world to try their hands at his choreography.

Bankhead himself initially learned to dance by emulating the moves of artists like Michael and Janet Jackson, Missy Elliott, Britney Spears and Aaliyah. "I learned so much about movement from music videos," he says. "To turn around and have the same effect on this generation, it's a very surreal and unexplainable satisfaction that I still can't believe."

Bankhead was captivated by music videos and award shows as a kid, and was already choreographing around the age of 6. "I was always making my brother learn routines and putting on a show for the family," he says.

Around 16, he started taking classes at a local Atlanta studio called Dance 411, whose owners are also talent agents operating the agency formerly known as Bloc South. Soon, he was asking to sub classes; even though the studio owners thought he was too young to teach, he stayed persistent. Eventually, a one-time subbing opportunity turned into Bankhead getting his own class, which ultimately led to oppor­tunities for professional work.

In his first high-profile job, Bankhead was a featured dancer in the music video for Tiffany Evans' "Promise Ring." Not long after, Knight hired him to perform "Single Ladies" with Beyoncé on "The Tyra Banks Show." Soon Bankhead began choreographing professionally, too, and he's since gone on to make movement for artists like Missy Elliott and Normani, and TV series like Lee Daniels' "Star" on Fox, and Lena Waithe and Halle Berry's "Boomerang" on BET, among other opportunities.

Earlier this year, Bankhead and Knight joined forces to choreograph for Megan Thee Stallion and Cardi B's set at the Grammy Awards, with Bankhead choreographing the pair's epic performance of "WAP." Bankhead and Knight have been close ever since they were teens in the Atlanta dance crew scene. "It was nice to finally collaborate on a job together," Bankhead shares.

Although Bankhead did briefly attempt a professional dance life in Los Angeles, he quickly returned to Atlanta, opting to build his career where his family had been planted for years. He's networked his way to a number of opportunities and credits part of his success to those who took a chance on him. Along with his relationship with Dance 411, he names Jamal Sims, Chuck Maldonado, Dondraico Johnson and Lee Daniels among the mentors who kept him in mind for projects at a young age, and creative directors Fatima Robinson and Jamaica Craft as the first to let him choreograph on their stages. "I wouldn't be where I am if it weren't for the doors they opened," he says.

With his business mindset, he adds to the efforts of his agents by continuously branding himself and promoting his own work. "A lot of people get caught up in what an agent is supposed to do," he says. "I took ownership of my career."

For instance, in 2006, he became among the first dancers to use YouTube as a platform to promote their work. Within the 150-plus videos now on Bankhead's channel, viewers can watch a range of concept videos—short, typically self-produced stories told through dance—and footage from classes he's taught.

"Sean was one of the first at doing concept videos on YouTube," notes Knight. "He's been at the forefront of that for a really long time." One of Bankhead's most popular concept videos, to a remix of Rihanna's "Birthday Cake" from 2012, has more than 875,000 views.

More recently, his viral dance challenges have been a light during the devastation brought on by the pandemic: They've given dancers a way to keep moving and stay visible. At a moment when most dancers lost all opportunities for work, leaders like Bankhead and Knight used challenges and other initiatives to give back to the dance community.

"Challenges are getting us over that hump to, hopefully, a better future," Knight says. "They've been so critical in keeping us uplifted and inspired." They've also turned Bankhead into something of his own celebrity.

Looking back, Bankhead recalls early days of the Atlanta dance scene where he would hear about auditions on the radio. Since the '90s, Atlanta has had a strong hip-hop and R&B recording scene and now has a thriving TV and film industry, too. He's witnessed the city grow to having multiple dance agencies, far more opportunities for training, and a small but mighty group of notable dancers and choreographers, including himself.

"Atlanta has always had its finger on the pulse of what's hot," he says, speaking of the evolution of commercial dance in the city. "The training is great. There's so many styles."

Of course, the pandemic has impacted the training, but, according to Knight, Bankhead has helped build the dance scene up to a point where his peers pay attention to the talent and trends coming from Atlanta. He says, "Sean committed to the idea of putting Atlanta on the map, and he's doing just that."

PrevPreviousThis Is It: The Statement Layer I’ll Be Wearing With Everything
NextRoy Oswalt Was 1 of the Most Underrated Pitchers of the 21st CenturyNext