‘Hollywood Took a Century to Make This Film’ 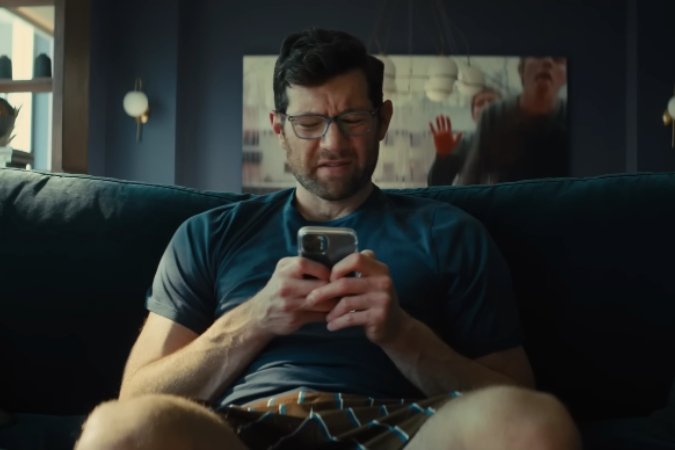 “Hollywood took a century to make this film,” Billy Eichner told Variety in his new cover story. “That’s not my fault — that’s Hollywood’s fault for taking this fucking long.”

“It’s the first gay rom-com ever made by a major studio, the first with an all openly LGBTQ cast, and very, very strangely, I’m the first openly gay man to ever write and star in his own studio movie of any genre,” Eichner said. “This is weird. Like, that’s kind of f—ed up, even though it’s also exciting.”

Netflix’s Uncoupled starring Neil Patrick Harris and Searchlight’s Fire Island starring Bowen Yang were both very important strides for LGBTQ+ representation in film. But unlike them, Eichner’s Bros isn’t going straight to streaming. It’s a rare example of a studio like Universal Pictures putting their money behind an LGBTQ+ movie that’s destined to hit theaters. And it’s subjected to the box-office expectations that come with that territory.

“I feel a responsibility for it to do well,” Billy Eichner said.

“To this day, I’m waiting for someone at the studio to call me and go, ‘You know, now that we think about it, you’ve gone too far.’ But it never happened,” he added. “There’s part of me that realized some of this would be eye-opening for certain people in the audience, and I loved that too. I was like, ‘Great! Let’s surprise people. Let’s shock them.’ Sacha Baron Cohen doesn’t worry about that — why should I?”

The Billy on the Street star is acutely aware of the double standard that LBGTQ+ actors face in Hollywood.

“Universal has a rom-com with George Clooney and Julia Roberts [Ticket to Paradise] coming out a month after Bros,” Eichner said. “I love Julia Roberts more than life itself, but no one is going to ask Julia Roberts and George Clooney, ‘Are you worried that gay people are going to relate?’ No straight movie star or straight director in major studio history has ever sat there and worried, ‘God, I hope gay people show up in droves.’”