With thousands of press releases published each week, it can be difficult to keep up with everything on PR Newswire for Journalists. Here are some of this week’s most newsworthy:

Holiday retail sales are likely to increase between 4% and 6% in 2022, according to Deloitte’s annual holiday retail forecast. Overall, Deloitte’s retail and consumer products practice projects holiday sales will total $1.45 to $1.47 trillion during the November to January timeframe. In 2021, holiday sales grew by 15.1% in the same period.

“The lower projected growth for the 2022 holiday season reflects the slowdown in the economy this year. Retail sales are likely to be further affected by declining demand for durable consumer goods, which had been the centerpiece of pandemic spending. However, we anticipate more spending on consumer services, such as restaurants, as the effects of the pandemic continue to wane,” said Daniel Bachman, Deloitte’s U.S. economic forecaster.

Small and mid-size business owners and executives have an optimistic outlook about the near-term future of their businesses as they ride out inflationary pressures, supply chain disruptions, and political and geopolitical uncertainties related to the national and local economies, according to the latest PNC semi-annual Economic Outlook survey.

The survey, now in its 20th year and concluded Aug. 8, showed that business leader expectations about their own companies remain strong with nearly half (49%) feeling highly optimistic – similar to the spring survey – while the share of those feeling pessimistic has risen to 7% from a historic low of 2% in spring.

An in-depth story on Locust and its chef, Trevor Moran, and profiles of the 2022 Best New Chefs, along with their favorite spots to eat and drink in the cities they call home, are featured now online as well as in the October issue of FOOD & WINE, on newsstands September 23.

NBCUniversal Telemundo Enterprises today (Sept. 8) released a timely report titled The Future Is Fútbol to define and characterize the fundamental shift in the importance of soccer in mainstream American sports and the role Latinos are playing in this economic, cultural, and media phenomenon. The Future Is Fútbol report draws on primary and secondary research and data collection, including quantitative surveys and an innovative neuroscience study among bilingual Hispanics.

Fueled by its growing popularity among young people and women in particular, as well as Latinos overall, the sport is benefiting from the tailwinds of growth driven by the FIFA World Cup 2022TM – kicking off in November in Qatar – and the tournament’s arrival in the U.S. in 2026.

The Official Tort Claimants’ Committee (“TCC”) of the Boy Scouts of America is pleased to announce that on September 8, 2022, the Bankruptcy Court approved the Boy Scouts’ chapter 11 plan of reorganization (“Plan”), establishing the overall framework for a Survivor trust that will evaluate and pay claims. Plan approval comes more than two and half years after the case was filed in a detailed 280-page Bankruptcy Court decision. The TCC is represented by Pachulski Stang Ziehl & Jones LLP.

Want to see more news like this? Keep up with the latest news in your coverage area with a customized newsfeed. Click here to sign up now or email us to fine-tune your existing profile. 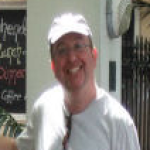 Larry Grady is online content manager at PR Newswire for Journalists. He has worked in business media for over 30 years and enjoys reality TV and daydreaming about travel and wine.