‘Glorious’ Gets Lost at the Worst Possible Time 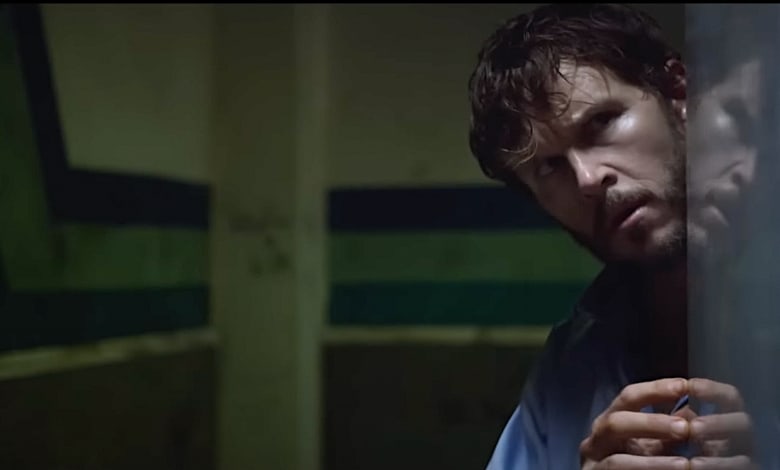 Getting trapped in a seedy restroom sounds like a horror story, full stop.

What the protagonist in “Glorious” experiences is substantially worse. The tale of a broken soul bickering with an unseen force in a bathroom stall is the true stuff of nightmares.

What emerges is slick, original and sadly never as compelling as we hope.

Wes (Ryan Kwanten) isn’t taking the end of his relationship well. He’s alternately screaming and crying, and in a fit of rage burns mementos from his old flame. He blacks out at the end of a drunken, self-pity session and enters a rest stop’s bathroom.

He strikes up a conversation with another visitor, a voice from behind a closed stall. Said voice, belonging to Oscar-winner J.K. Simmons, gently tells him he won’t be able to leave until the conversation is over.

Suddenly, Wes’ shattered heart is the least of his problems.

Loved chatting with Rebekah McKendry about her charmingly gory sci-fi horror comedy #Glorious. Check out what she had to say and watch her massively entertaining movie on @Shudder. https://t.co/ajBSfAkfAh pic.twitter.com/KbZoC8Qa3S

“Glorious” is mostly set in that restrictive space, but director Rebekah McKendry doesn’t let that stop the story or her imagination. It helps that Simmons’ textured voice is always there, guiding us along the journey and driving Wes darn near mad.

Simmons’ character, Ghat, wants something from Wes, a puzzle that starts well but never gels into anything of consequence.

That’s a kind way of saying the story packs plenty of genre gobbledygook, content that might sound cute or corny but doesn’t pack an emotional wallop.

Or even a scratch.

We still get plenty of horror tropes, from bloody rain to dismembered body parts, all delivered with lo-fi practical F/X. The most effective tools at McKendry’s disposal? Simmons’ voice and some big sonic earthquakes.

“Glorious” doesn’t take itself seriously, and the film’s bleak humor emphasizes that tone. It’s often brutally cold, then gut-wrenching in its humor. You may not laugh out loud, but you’ll recognize the wit on furious display.

Simmons knows where to take the material, and Kwanten leans into the hammy nature of the project. The overwrought score adds a welcome touch since any other approach wouldn’t suit the material.

“Glorious” could easily be repurposed as a stage play, but it would need some thematic restructuring to smooth out that transition. The screenplay touches on personal responsibility, the choices we make and regret and more, but that scattershot approach doesn’t build to anything of value.

The best decision here? Wrapping things up in a tidy 80 or so minutes. The story couldn’t sustain a longer presentation, and everyone involved knew it.

HiT or Miss: “Glorious” offers a low-ambition thriller with a shrewd spin, but it can’t live up to its modest fever dreams.

The post ‘Glorious’ Gets Lost at the Worst Possible Time appeared first on Hollywood in Toto.