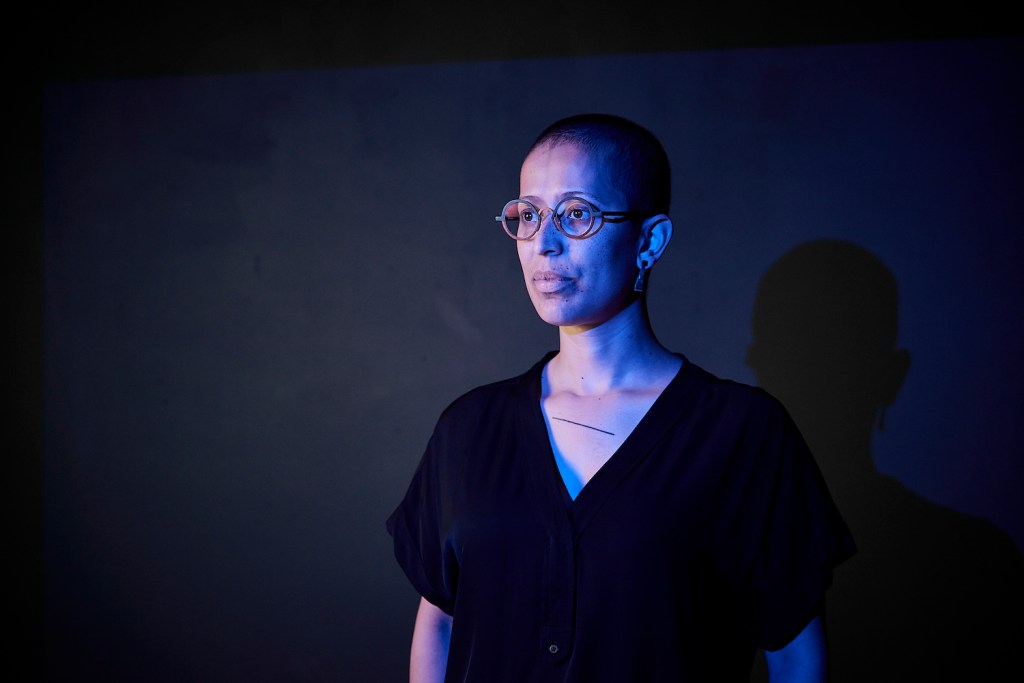 In late August 2019, Uyinene Mrwetyana, a 19-year-old student at the University of Cape Town in South Africa, was brutally raped and murdered. Despite the country having one of the highest rates of rape and femicide in the world (or perhaps, because of it), outrage was widespread and thousands of activists and protesters launched the “Am I Next” movement. Within months, the government declared gender-based violence a national crisis and announced plans to tackle the issue.

The incident has loomed large for South African multi-disciplinary artist Gabrielle Goliath, who last year debuted Chorus, a two-channel video and sound installation that acts as an elegy to Mrwetyana. The moving 23-minute installation depicts the University of Cape Town choir sounding a lament for their late friend and colleague in one monitor, while the other remains empty, signifying the victims of gender-based violence in South Africa. 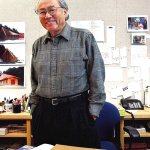 Later this month, Chorus will be shown at Dallas Contemporary in what will be Goliath’s first institutional show in the United States. Goliath told ARTnews in a recent interview that, despite Chorus’s South African context, she expects American audiences will “find local and personal resonances” in the work.

“It really is a work that has the capacity to move one deeply,” she said. “You enter an experience like Chorus and the work enters you sonically. It inhabits you as much as you inhabit it.”

The project is far from Goliath’s first to engage with victims of gender-based violence or to create opportunities for reflection and dialogue. In 2015, Goliath began the long-term performance project, Elegy, which similarly responds to the endemic crisis of femicide in South Africa. For the project, performances were held in South Africa, Brazil, Europe, and the US where seven female opera singers sounded a lament over the course of an hour – collectively sustaining a single note, passing it to one another as they individually mounted an illuminated dais. Each performance commemorated a specific woman or LGBTQIA+ individual subjected to fatal acts of gender or sexual violence. Accompanying each performance was a eulogistic text, scripted by a friend or family member of the subject.

Chorus, which Goliath considers “a culmination of sorts” of the work in Elegy, similarly makes an effort to engage those closest to the victim.

After Mrwetyana’s death, a spate of organizations and individuals in South Africa used her name without permission to solicit donations for their causes and projects. It was so pervasive that the family had to threaten legal action to stop the practice. The issue informed Goliath’s approach to Chorus.

“It was thus doubly important for me to approach them very openly and to seek out their blessing without which the work would have been profoundly compromised,” Goliath said.

Goliath’s memorializing practice comes from a deeply personal place. On Christmas Eve in 1991, Goliath’s childhood friend was shot at her home in Kimberley, Northern Cape in what is spoken of as a “domestic incident.” The experience was traumatic and profoundly influenced her practice. In 2010, Goliath produced a photographic series of nineteen brown women as “surrogate presences” for her friend Berenice; one for each year since her death. She revisited the work this year with a new series of portraits for the intervening years.

The common thread through Goliath’s work, from Berenice 10-28, 2010 to Chorus, is a call for participants to engage in the long and transformative work of mourning and a collective refusal of “the negation of these lives” as faceless victims, in Goliath’s words.

Chorus, for example, includes a commemorative roll in the exhibition space of women, children, and LGBTQIA people who have suffered gender-based violence in South Africa since Mrwetyana’s death. It is a living document reflecting the ongoing nature of the crisis — last year’s staging of Chorus contained over 460 names, while the Dallas Contemporary edition will have an updated list of over 670.

“Chorus is about community, about gathering-to,” Goliath said. “It is not a work of exceptionalism but one that recognises that to undo the crisis-norm of sexualized, racialized, patriarchal violence, and to realize the world differently requires that each and every one of us recognise our implication within a world of others, and the bearing that implies – across difference, across borders, across our capacity to ‘relate’ – indeed, across all that may otherwise separate (and ‘exonerate’) us.”

The video performance in Chorus was filmed days before the first lockdown in response to the COVID-19 pandemic in late March 2020. The timing, according to Goliath, meant that she completed the work in Johannesburg, where she is based, under “strange and isolated conditions.”

The pandemic affected Chorus in other ways. The work was originally meant to debut at Kochi-Muziris Biennale, India’s largest art exhibition, in December 2020, but the show was postponed due to the pandemic. Instead, the work debuted in Cape Town, which given Mrwetyana’s status as a UCT student and the role of the university choir in the piece, was “very meaningful,” according to Goliath. The piece will appear at the long-delayed biennale in Kochi this December.

The decision to present Chorus at Dallas Contemporary is the result of “many conversations” with Emily Edwards, the museum’s assistant curator, according to Goliath. Edwards reached out after hearing about Elegy; the pandemic interrupted initial plans for an exhibit but it also “allowed for a deeper, longer conversation,” Goliath said.

Chorus will be on view at Dallas Contemporary from September 25 to March 19, 2023.