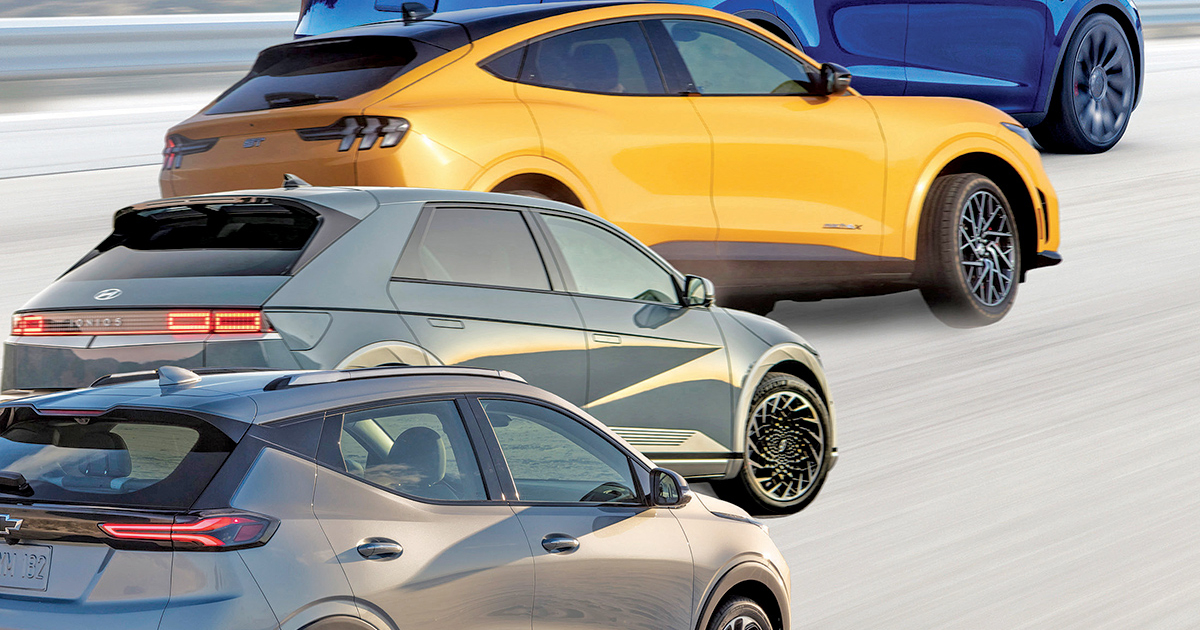 Meanwhile, Ford and Hyundai Motor Group are battling for second place in the EV horse race.

Through July, the Ford brand came in second with 27,817 registrations, powered by the Mustang Mach-E, which soared 64 percent.

The arrival of the F-150 Lightning will drive the Blue Oval's momentum in the second half of the year.

The battery-powered pickup had 2,679 registrations as of July, Experian said.

Hyundai Motor Group represents a formidable new competitor, as it has ambitions to bring four new EVs to the U.S. by the end of next year.

The Hyundai brand's Ioniq 5 crossover, with 15,322 new registrations, accounted for 3.9 percent share of the U.S. EV market through July, the last full month before its EVs became ineligible for federal subisides. And after just six months on the market, the Kia EV6 captured 3.5 percent share, with 13,862 new registrations.

Hyundai took a page out of its historical playbook to offer premium features at mainstream prices for its EVs, said Ed Kim, president of AutoPacific.

The Ioniq 5 and EV6 feature 800-volt electrical architectures that allow for some of the industry's fastest DC charging times.

"The latest Hyundai Motor Group EVs are some of the most competitive EVs in the marketplace right now that offer a combination of appealing EV features at reasonable price points that demonstrate just how serious the Korean automaker is about electrification," Kim said.