Food Network star Katie Lee, 38, is pregnant with her first child after years of IVF as she shows off her baby bump: ‘Eating for two’

By Heidi Parker For Dailymail.com

The 38-year-old chef shared the happy news on Wednesday with a fun Instagram photo where she showed off her baby bump while eating pasta in her kitchen.

‘Eating for two, Baby Biegel is on the way!’ the wife of Ryan Biegel captioned the shot. 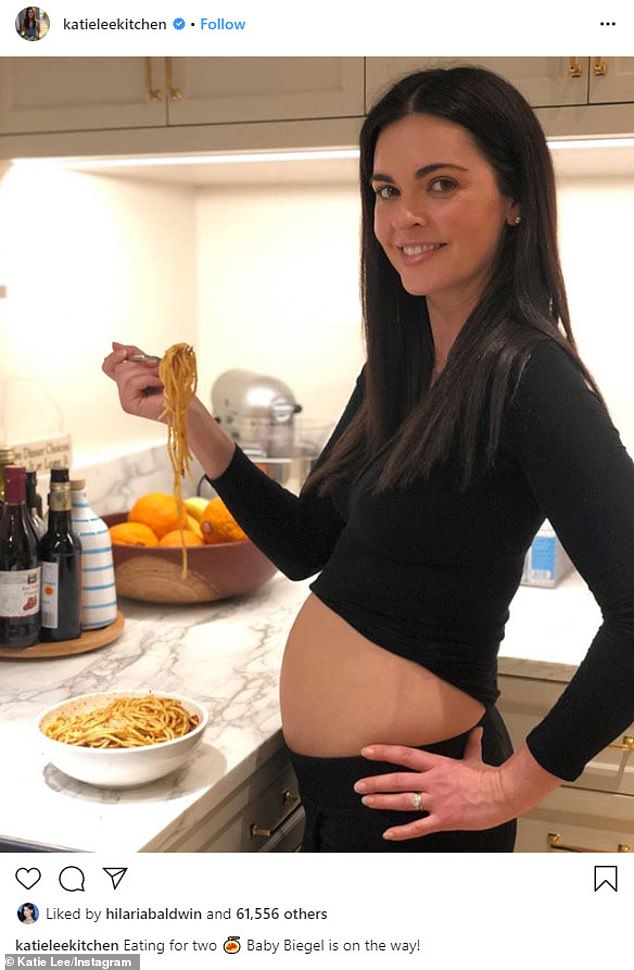 With child: Food Network star Katie Lee is expecting her first child. The 38-year-old chef shared the news on Wednesday

She has been wed to Ryan for two years. Before that she was married to singer Billy Joel of Piano Man fame from 2004 until 2010.

Three days ago she shared a photo of herself on Instagram as she ate cherry pie and she did not appear to have a bump but that could have been due to a clever angle.

Lee had surgery and undergone in vitro fertilization (IVF) to try to get pregnant.

Heartfelt: here the beauty addressed her difficulty with getting pregnant

The star has been very candid about her struggle to start a family.

On Instagram last year she shared: ‘I get multiple messages a day asking me if I’m pregnant or why I am not pregnant yet.

‘I get comments saying I look like I’ve gained weight so I must be pregnant. After one said that I looked “thick in the waist” I finally responded that it’s not ok to comment on a woman’s body and you never know what someone is going through. 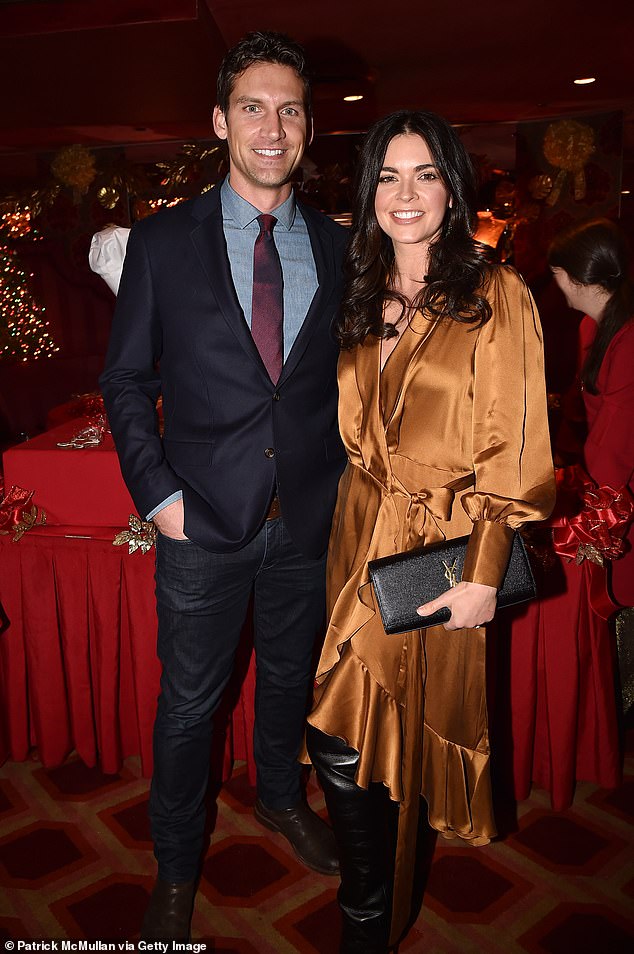 The happy couple: Seen with Ryan Biegel in December 2019 in New York City 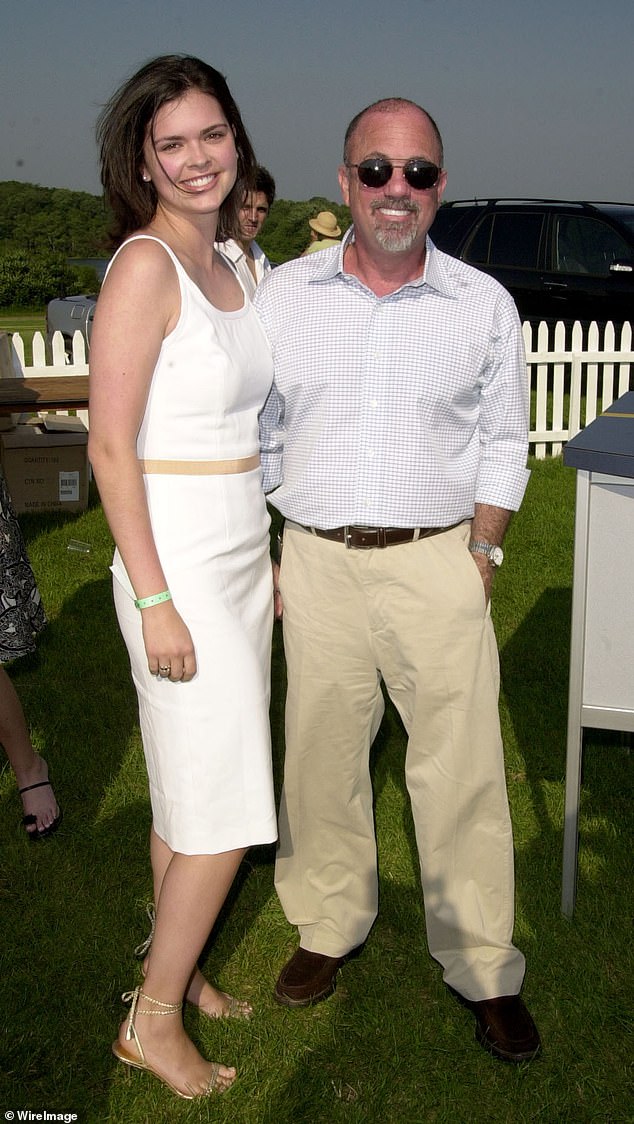 Her ex: Seen with former husband Billy Joel of Piano Man fame during the Mercedes-Benz Polo Challenge at Bridgehampton Polo Club in 2003

‘There is so much pressure on women to look a certain way and while most mean well with baby questions, it can be hurtful.’

She also admitted she had surgery and had undergone IVF which produced ‘zero’ embryos.

And Katie said the process was ‘exhausting’ and there was an ’emotional toll.’

‘We were filled with hope and excitement only to be crushed,’ added the cook.

In December, Lee did not look pregnant as she wore a bikini on the beach with her husband.

She is best known for her work on TV but has also written several cookbooks including The Comfort Table: Recipes for Everyday Occasions. 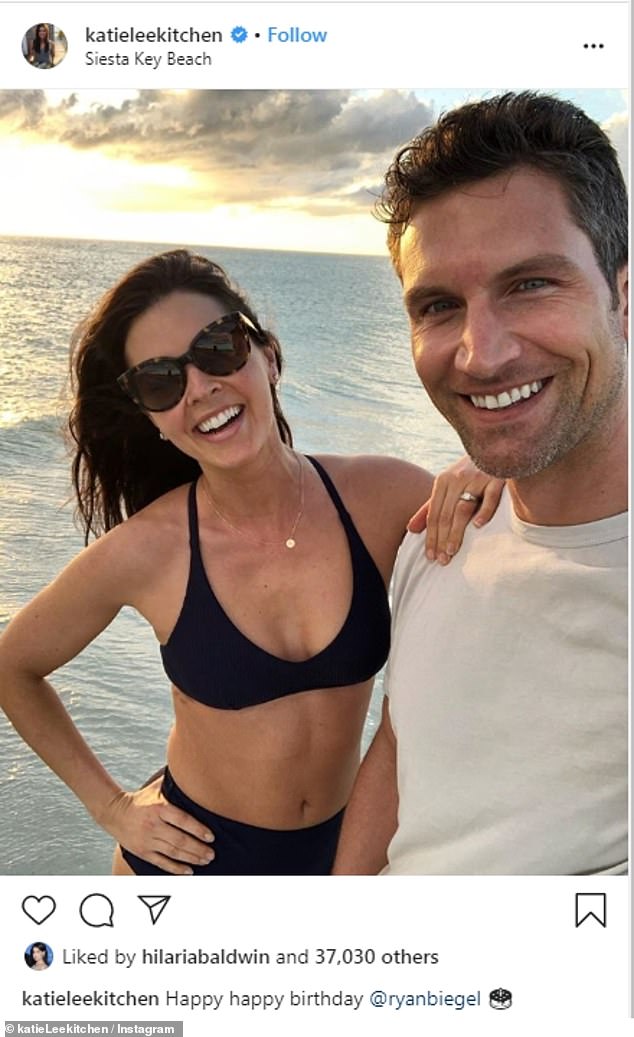 No bump here: In December, Lee did not look pregnant as she wore a bikini on the beach with her husband 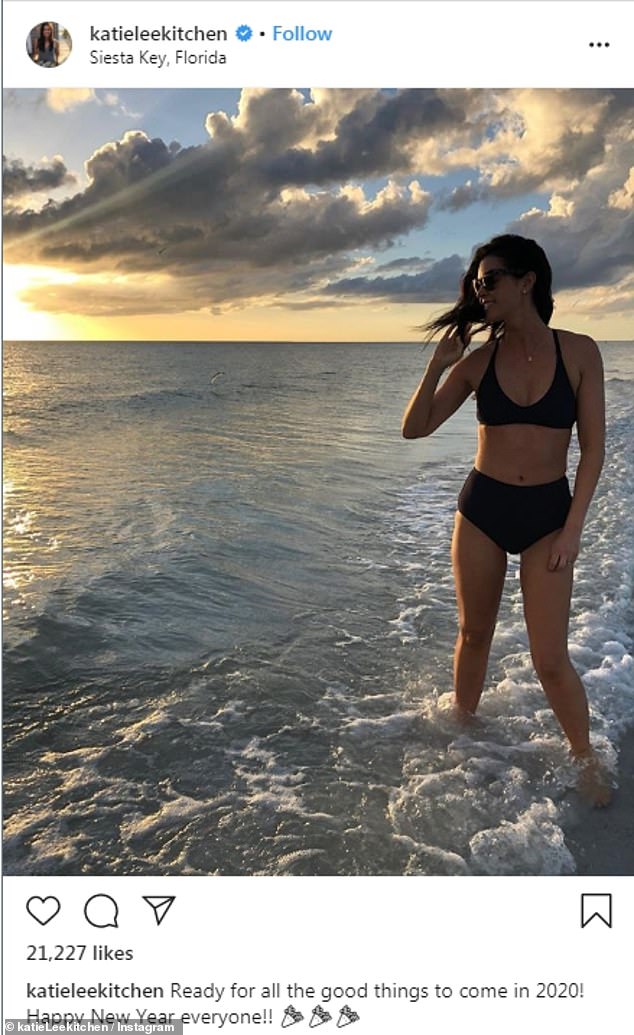 Florida fun: And in this shot, she looked very slender. She said she was ready for all the good things to come in 2020