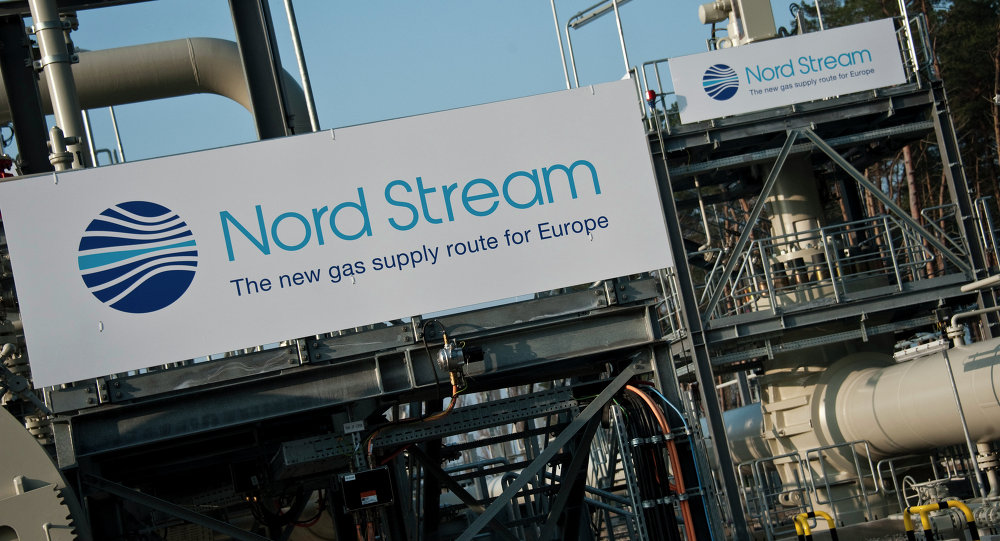 German Chancellor Angela Merkel stated that in a matter of twenty-five years Europe will no longer need Russian gas, as she met in late August with Ukraine's president, Volodymyr Zelensky, who has reiterated that the near-completed Russian-European Nord Stream 2 energy project pipeline "a dangerous geopolitical weapon of the Kremlin".

Brussels has voiced confidence that by 2046 Europe will no longer require Russian gas and will switch to renewable sources. Solar, wind energy and green hydrogen are being touted as priority clean energy sources in the years to come.

Such a transition will invariably entail changes in geopolitics and the global energy economy. How realistic is it to give up the traditional energy sources in just a quarter of a century and how will this affect Russia?

Money Funneled Into Wind and Sun

"At the latest in 25 years, we will stop exporting Russian gas. And Ukraine should prepare for this. As in other countries, you should know what to do when this happens," stated the outgoing German Chancellor.

"Europe will need to achieve climatic neutrality step by step by 2050… It means that in 25 year[s] no gas, or very small volumes of gas, will be supplied to Europe from Russia," she said, urging the development of alternative energy sources.

A year ago, the EU proposed a strategy for the widespread use of green hydrogen obtained from renewable energy sources (RES). According to the hydrogen strategy for a climate-neutral Europe, cumulative investments in renewable hydrogen in Europe could be up to €180-470 bln by 2050, and in the range of €3-18 billion for low-carbon fossil-based hydrogen.

Spain leads in planned electrolyzer capacity for 2030 for producing renewable #hydrogen with 72GW, followed by the Netherlands with 10GW

​Brussels believes that Kiev can become one of the main partners in these endeavors. What initially may have seemed like an expensive far-fetched venture concocted by environmentalists, gradually the notion of renewable energy sources began to take a prominent place in the European energy ambitions.

The French, Germans, Austrians are tussling over the title of a leading hydrogen power. Europe also looks to become the world leader in green rail travel, with the first hydrogen-powered passenger trains built by Alstom SA and set to debut in Germany. Commercial operations will begin next March, according to Carmen Schwabl, managing director at rail operator LNVG.

​Germany’s massive refinery hosts the largest electrolyser of its kind in Europe, built by Anglo-Dutch Shell and the EU. The oil major is planning to build an electrolyser ten times larger by 2024 to supply German industry with green hydrogen. Neste has launched Neste MY Renewable Diesel in the Belgian market.

​The fuel, produced from 100 percent renewable raw materials, is delivered to the Belgian market jointly with the channel partner EG Group. Belgium and the Netherlands are testing the use of hydrogen to power river vessels.

Primetals Technologies, part of Mitsubishi Heavy Industries, has announced start of operations at its Hydrogen-based fine-ore reduction (HYFOR) pilot plant at the steelworks in Donawitz, Austria, to reduce the CO2 footprint close to zero.

​In the world of renewable energy, conceived by the EU, power lines would replace pipelines, and drilling rigs would be supplanted by areas with high insolation and ventilation. Rare earth metals, such as lithium, cobalt, are growing in value, prompting Brussels to forge ties with African countries where these minerals are mined.
Among potential suppliers is Ukraine.

“We decided that we should open a new chapter in our strategic relationship and this is a closer cooperation in raw materials, green and digital technologies,” he told journalists.

The EU-Ukraine partnership comes as Russia completes construction of the Nord Stream 2 pipeline, triggering fears in Kiev that the country will now lose out on gas transit revenues.

The Russian pipe-laying vessel Akademik Chersky is working on a section of the Nord Stream 2 gas pipeline in German waters.

Ukrainian President Volodymyr Zelensky has repeatedly slammed the Russian-European energy project "a dangerous geopolitical weapon of the Kremlin", despite Moscow’s assurances that there is no political component to the Nord Stream 2 pipeline and that it is a purely economic project not intended to be used as leverage against Europe, as Washington has suggested.

The main argument pushed forward by the EU in its current policy changes is the fight against global warming. In touting its agenda in this regard, the EU is not limited to persuasion and diplomacy.

The European Commission has announced plans to slash the EU’s greenhouse gas emissions by at least 55 percent by the end of 2030 with a slew of legislative packages. The draft laws include a border tax on polluting imports, a regulation to phase out fossil fuel cars, and a higher price on carbon. They also plan to cut greenhouse gases from the transport sector by 90 percent by 2050. This, according to the EU, will protect local producers during the transition period and force foreign companies to switch to renewable energy sources.

Another Revolution in Russia

Russia understands the potential risks and has already begun to discuss the novel "green" course with the EU. Russia’s Foreign Ministry notes the complexity of the negotiations, as there are too many aspects to consider: the consequences for mutual trade, the compliance with the rules of the WTO and the Paris Climate Agreement.

Back in 2020, Vladimir Putin noted that the EU's plans to introduce cross-border carbon regulation (TUR) contain elements of unfair competition. The Russian energy sector is already one of the greenest in the world: the country uses both hydro and nuclear energy as well as gas generation. It has expressed an interest in securing lucrative investments in the development of hydrogen energy.

Russia’s Ministry of Economic Development has developed a Long-term Development Strategy of cutting greenhouse gas emissions by 25 percent by 2050.

"The third industrial revolution is coming to an end in the world and the fourth begins. One of the main features of the industrial economy is the burning of fossil fuels, while the post-industrial one is noted for its transition to renewable energy sources. Gas generation is more cost effective than coal, nuclear and renewable," said Konstantin Sukhoverkhov, Russian International Affairs Council (RIAC) Program coordinator.

However, the transition to renewable energy sources, according to experts, will take at least thirty years. All this time, the European Union will need Russian gas. Therefore, the EU countries are wary of exacerbating relations with Moscow, while emphasising that the future belongs to renewable energy.