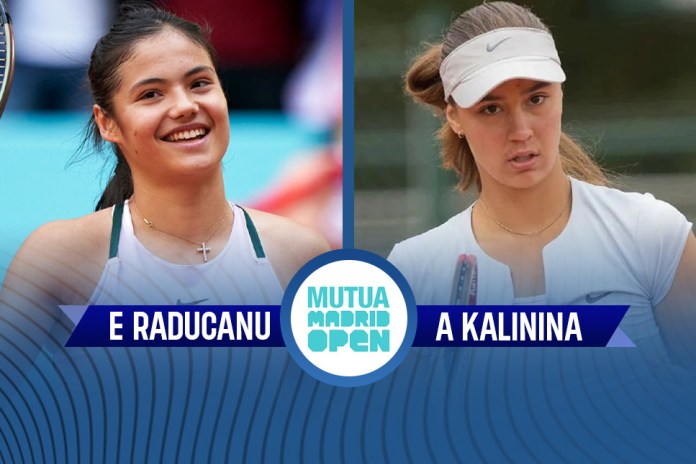 Madrid Open LIVE: Reigning US Open champion, Emma Raducanu takes on Anhelina Kalinina in the third round of the Madrid Open on Tuesday (3 May). Raducanu defeated fellow teenager Marta Kostyuk in straight sets in the second round to advance to the Round of 16. Meanwhile, Kalinina clinched an upset victory over seventh seed Garbine Muguruza to make it to the third round. Follow Insideport.IN for more updates.

It means so much 😍

Five things to know about her ⤵️

Raducanu vs Kalinina Head-to-Head: This will be the first meeting between both the players and their Head-to-Head record stands 0-0. Raducanu enters the contest as the favourite.

How to watch  Raducanu vs Kalinina LIVE streaming?

Tennis TV is likely to live stream the Madrid Open 2022. It is also likely to be available on the ATP Tour official website and Discovery+