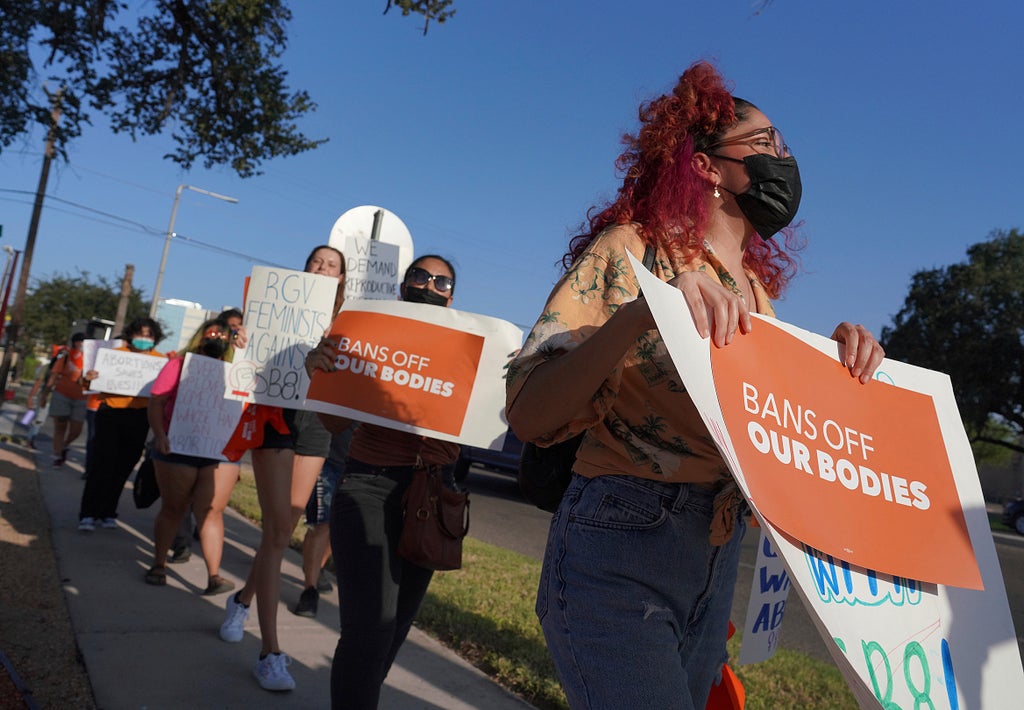 In a press release, Attorney General Merrick Garland said that the department will explore “all options” to challenge the new Texas law, adding that it will provide support for women in the state who are still seeking abortions.

“The department will provide support from federal law enforcement when an abortion clinic or reproductive health center is under attack. We have reached out to U.S. Attorneys’ Offices and FBI field offices in Texas and across the country to discuss our enforcement authorities,” Mr Garland said in the statement.

It continued: “We will not tolerate violence against those seeking to obtain or provide reproductive health services, physical obstruction or property damage in violation of the FACE Act.”

The FACE Act, as the press release explained, prohibits the use or threat of force and physical obstruction that injures or interferes with a person who is seeking to obtain or provide reproductive services. Signed into law in 1994, the act also prohibits damage to a facility providing reproductive health services.

Texas’ new abortion law went into effect on Wednesday, and effectively bans almost all abortions from 6 weeks onwards – ostensibly when a ‘heartbeat’ can first be detected in pregnancy.

However, medical and reproductive health experts, have fiercely criticised the bill, saying the reference to a heartbeat is medically inaccurate as an embryo does not have a developed heart at six weeks’ gestation.

The new law was met with dismay by many in the United States and around the world as a major step backwards for women’s rights. It is expected to impact Black and other women of colour and those with low incomes the hardest.

On Wednesday, President Biden said the law “blatantly violates the constitutional right established under Roe v. Wade and upheld as precedent for nearly half a century.”

The Supreme Court refused to block Texas’ new abortion law in a 5-4 vote on Wednesday.