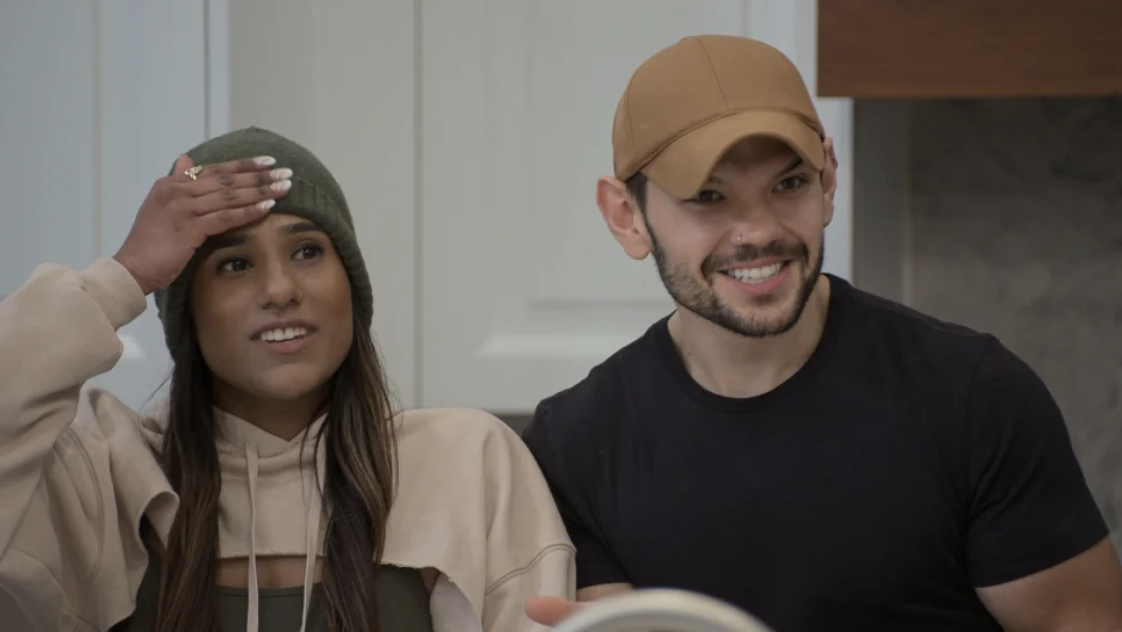 Few reality stars in recent memory have had such difficult debut seasons as Deepti Vempati had on Love Is Blind.

As you may recall, Deepti got engaged to Shake Chatterjee during the pod stage of the show, but things quickly went downhill once she met her fiancé face-to-face.

Deepti thought she was headed for the altar, while Shake told the whole world he wasn’t attracted to her.

Fortunately, Vempati had the last laugh by rejecting Shake once the two of them got to the altar in the season finale.

Kyle Abrams didn’t fare much better with Shaina Hurley, but at least his bad relationship wasn’t quite so drawn out and degrading.

Anyway, before they went their separate, ill-fated ways, Kyle and Shaina hit it off in the pods.

In the months after the show aired, their friendship took on a flirty tone in numerous public Instagram exchanges.

And now, it seems the fans who have been shipping these two have finally gotten their wish.

Earlier this week, Netflix debuted a three-part special called Love Is Blind: After the Altar (it was easy to miss, as Netflix’s advertising is notoriously ineffective).

We got to see the cast reassemble for the occasion of Natalie Lee’s 30th birthday party.

And as a bonus, we got to see Kyle and Deepti find the happy endings they deserve!

Early on, Kyle admitted that the rumors are true — he has feelings for Deepti

“She’s the most important thing in my life right now, and I love her,” he said of Vempati in an interview.

“I can either make the leap and ask her to be with me or I can let it go again and then I might have the same regret. So it’s now or never.”

Later, he took Deepti out on the roof for a chilly, but heartwarming conversation.

“I wanna just start a relationship, like a legitimate relationship with you, and be exclusive instead of just, like, in limbo,” he told her.

“Yeah, sure, I want to,” Kyle replied — and his answer received an enthusiastic response from Deepti!

“I definitely want Kyle. I want him to be my boyfriend,” she said in an interview with producers.

“Eventually, I feel like, I want him to be my husband. He’s the first thing I think about when I wake up. He’s the last person I talk to before I go to bed,” Deepti continued.

“I could see myself doing this for the rest of my life with him. He could be my lifelong partner.”

Both couples who got married on the latest season of LiB are already divorced, so fans really want to see Kyle and Deepti make it work.

Sadly, as Entertainment Tonight points out, Abrams and Vempati’s Instagram communications seem to have tapered off in the months since the reunion special aired.

Here’s hoping that’s because they’re spending to much time speaking face-to-face these days!