When Dara Reneé was told that her character, Kourtney, would be in more than one episode of High School Musical: The Musical – The Series, it’s safe to say she was over the moon after hearing the news.

The Disney+ series returned for season 3 on July 27, and Reneé shares that it’s now Kourtney’s time to shine. “Viewers get to see her struggle with certain things during the summer,” the 21-year-old exclusively tells GRAZIA USA. “One of the main things she struggles with is anxiety, which is also something I deal with, too. I feel like the show does a great job of talking about things in a realistic perspective, but it also adds humor. Kourtney is so funny this season — especially because she does not love camp; she’s a glam girl.”

Even though Kourtney may not like to be in the woods, the actress notes that she had a “wonderful time on set.” Reneé was also asked to write a song for her character this season — a chance she jumped at. “I remember sharing songs with some of my cast members, and they always encouraged me,” she shares. “I always wanted to write a song for Kourtney, especially being a Black woman. I wanted to share my experiences through lyrics and being able to find my voice through music has always been such a big deal to me.”

“I am excited for people to hear it,” she continues. “I’m so grateful the executives trusted me. It’s such a big moment.”

Each season, Reneé has had a different experience while on set, but she wouldn’t trade it for anything. “I have learned so much,” she notes. “But I love the people I work with. It’s rare that you find a cast and crew that blend so perfectly, and this sounds very cliché, but we really like each other.”

Additionally, Reneé wouldn’t be where she is without the fans. “They have changed my life for the better,” she admits. “I still struggle with being confident, and I always feel like I can do better. I’m very hard on myself, but when I hear people watch our show, they say such kind things and continue to push me along the way. It may seem minuscule to them, but it has saved my life so many times. Also, the legacy of the show means so much to me. I grew up watching High School Musical — that was one of the first shows I saw where people were my age and putting on these big productions.”

Whenever Reneé does have those days where she isn’t feeling her best self, she just “goes through” the motions. “I also suggest therapy,” she confesses. “I feel like therapy is one of the best things. It has taught me to be kinder to myself. I sometimes look at pictures of my younger self, and I am like, ‘Would you say things that you’re saying to yourself right now to her?’ I am like, ‘No, I would never say that to her, so why are you saying that to yourself right now?'”

Reneé has also been able to get some advice from Monique Coleman, who played Taylor McKessie in the original Disney Channel movie High School Musical. “I couldn’t have asked for a better role model to start off an important series with,” she shares. “I love her. She always has amazing advice, but I remember she told me to have fun, take in the moments that you have with your supporters because it goes by so fast.” 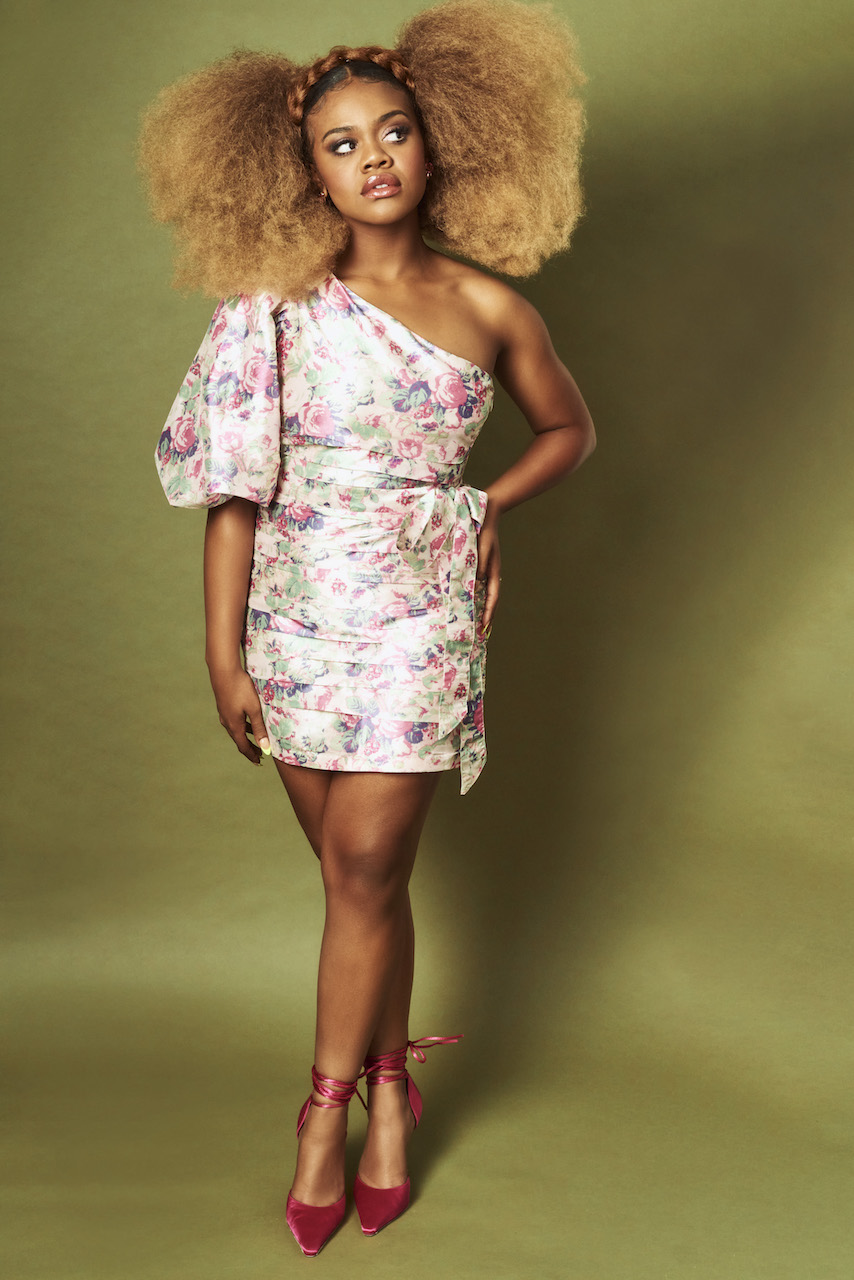 Ultimately, playing Kourtney has been an honor for Reneé, and she’s excited for what the future holds. “I had dreamed of having an ounce of this and to see people who believe in me, whether that be from behind the scenes or from our supporters, it makes me feel really grateful,” she gushes. “I feel like I can be more confident within myself and be more courageous. I don’t take any day for granted.”

Going forward, the rising star wants to “take over the world,” in addition to “creating an album, a show or a novel. I would just love to create something and be like, ‘Hey, Dara Reneé created this.'”

PrevPreviousSaudi crown prince’s ‘planned visit for Queen’s funeral would be stain on her memory’
NextCall for Applications: Hyperallergic’s Journalism Fellowship for CuratorsNext