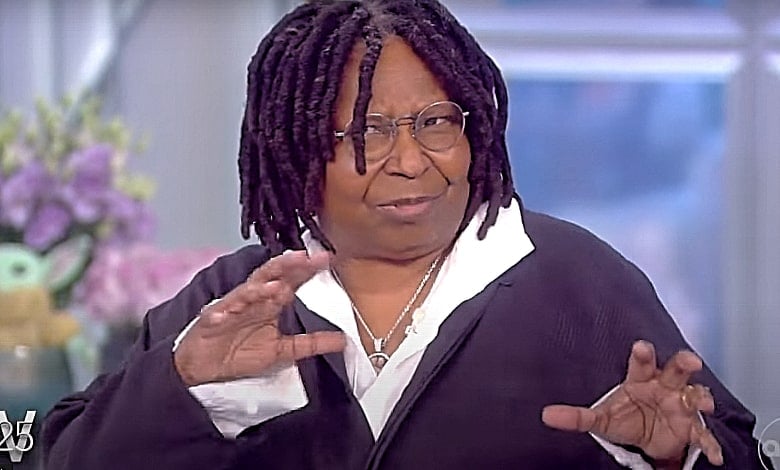 Audiences don’t turn to “The View” for logic, facts or reason.

It’s all emotion, straw men arguments and, well, misinformation. It’s still a consistent ratings draw, and has been since Barbara Walters created the “View” format back in 1997.

This week, ringleader Whoopi Goldberg shared once more why “The View” grabs eyeballs and eye rolls.

“The View” delivers a consistently one-sided view of the political scene. The show features 3-4 rock-ribbed progressives pouncing on the news through a Democrat lens. The token “Conservatives” rarely deliver rebuttals with the passion of an Ann Coulter or Mollie Hemingway.

And that’s no accident.

The show’s most intense moments in recent years cam with Meghan McCain, a smart, right-leaning pundit who spiked the show’s punch. She eventually left, citing some bad blood between herself and her far-left co-stars.

RELATED: ‘THE VIEW’ VEERS FROM IDIOTIC TO BORDERLINE DANGEROUS

This week, Goldberg blasted Florida Gov. Ron DeSantis, a possible 2024 presidential candidate. The Republican governor, like Texas Gov. Greg Abbott, have been sending illegal immigrants from their states to “sanctuary cities” to illuminate how these broken policies impact communities.

Border states have suffered from the Biden administration’s “open borders,” and governors want to show other states what it means to endure a flow of immigrants into their communities.

The aggressive policy quickly showed how “sanctuary city” leaders are hypocrites, crying over a fraction of what other states endure.

Mayor Adams said his city’s “right to shelter” system is at its breaking point and that the city’s prior efforts “must be reassessed.” They were unable to house all who sought beds. https://t.co/DylOPldCUy

Now, it’s time for the ultra liberals living in Martha’s Vineyard to feel the pinch. And Goldberg is crying foul. She just can’t articulate why.

“These are real people we’re playing with, these are real live people with children and older people,” Goldberg said on Thursday’s episode of “The View.” “We can work it out but if you’re going to be a bonehead, who wants to play with you? Call me crazy but I don’t understand why you gotta be nasty about it.”

Calling someone a “bonehead” hardly helps matters. It does show, though, that Goldberg can’t explain why DeSantis is wrong.

The “View” host admitted DeSantis is trying to “make a point,” but she refuses to acknowledge how these policies hurt American communities.

She won’t admit virtue signaling has consequences, or that border states are suffering mightily under Biden’s policies.

The Hill, reporting on the matter, also fails to share the rationale behind the DeSantis initiative. Shame on both parties.

The Left-leaning Axios gets a little closer to the truth.

DeSantis appeared to target Massachusetts, which has a Republican governor, because state and local leaders have expressed support for policies that benefit immigrants regardless of their status.

In Florida, we take what is happening at the southern border seriously.

We are not a sanctuary state, and we will gladly facilitate the transport of illegal immigrants to sanctuary jurisdictions. pic.twitter.com/YeEbMzy8yG

That’s more research than Goldberg and co. can accomplish.

Then again, even Reuters can’t get to the truth.

Remember when “The View” blasted Team Biden for such actions? Of course not, because it didn’t happen.

We need context and debate to discuss delicate matters like this. The news media is now unable to provide this service.

The very worst place to find either is “The View.”

PrevPreviousGadget Book: Hybrid Humans – Dispatches from the Frontiers of Man and Machine
NextMan Arrested for Exposing Himself While in Line to See Queen’s CoffinNext