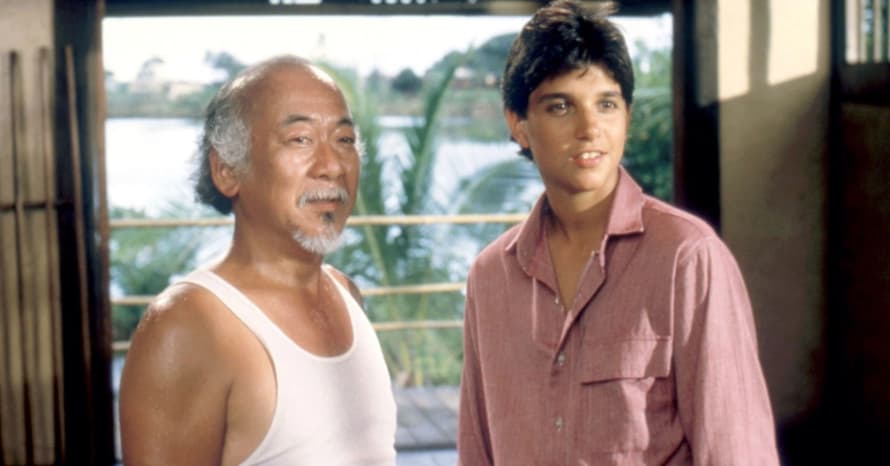 Jon Hurwitz, co-creator of Cobra Kai says that the newly-announced Karate Kid film is not linked to the Netflix series.

Cobra Kai first premiered on YouTube Red in 2018. The series ran for two seasons on that platform until YouTube stopped producing scripted original programming. The series was picked up by Netflix for its third season, to which it has gone on to achieve massive success. Now in its fifth season, the series has become beloved by critics and Karate Kid fans alike.

Last week, it was announced by Sony that a new Karate Kid film will be hitting theaters on June 7, 2024. This announcement led some to believe that this would be related to the ongoing Cobra Kai series. However, co-creator Jon Hurwitz clarified the situation on Twitter, which may disappoint some fans:

Sony announced that this new film set for a 2024 release would be “the return to the original Karate Kid franchise.” However, Jon Hurwitz’s comments here will certainly disappoint some fans hoping to see the characters depicted in Cobra Kai involved in this new big screen version. It seems unlikely that we will see a follow-up to the 2010 remake which starred Jaden Smith and Jackie Chan, and this new film could still be set in that same continuity of the original film series.

Here is the synopsis for the fifth season of The Karate Kid sequel series, Cobra Kai:

Following the shocking results of the All Valley Tournament, Sensei Terry Silver is expanding the Cobra Kai empire and trying to make his “No Mercy” style of karate the only game in town. With Kreese behind bars and Johnny Lawrence setting karate aside to focus on repairing the damage he’s caused, Daniel LaRusso must call on an old friend for help.

All five seasons of Cobra Kai are now streaming on Netflix. Be sure to continue following Heroic Hollywood for all the latest news on the upcoming Karate Kid film, and be sure to subscribe to our YouTube channel for more original video content.