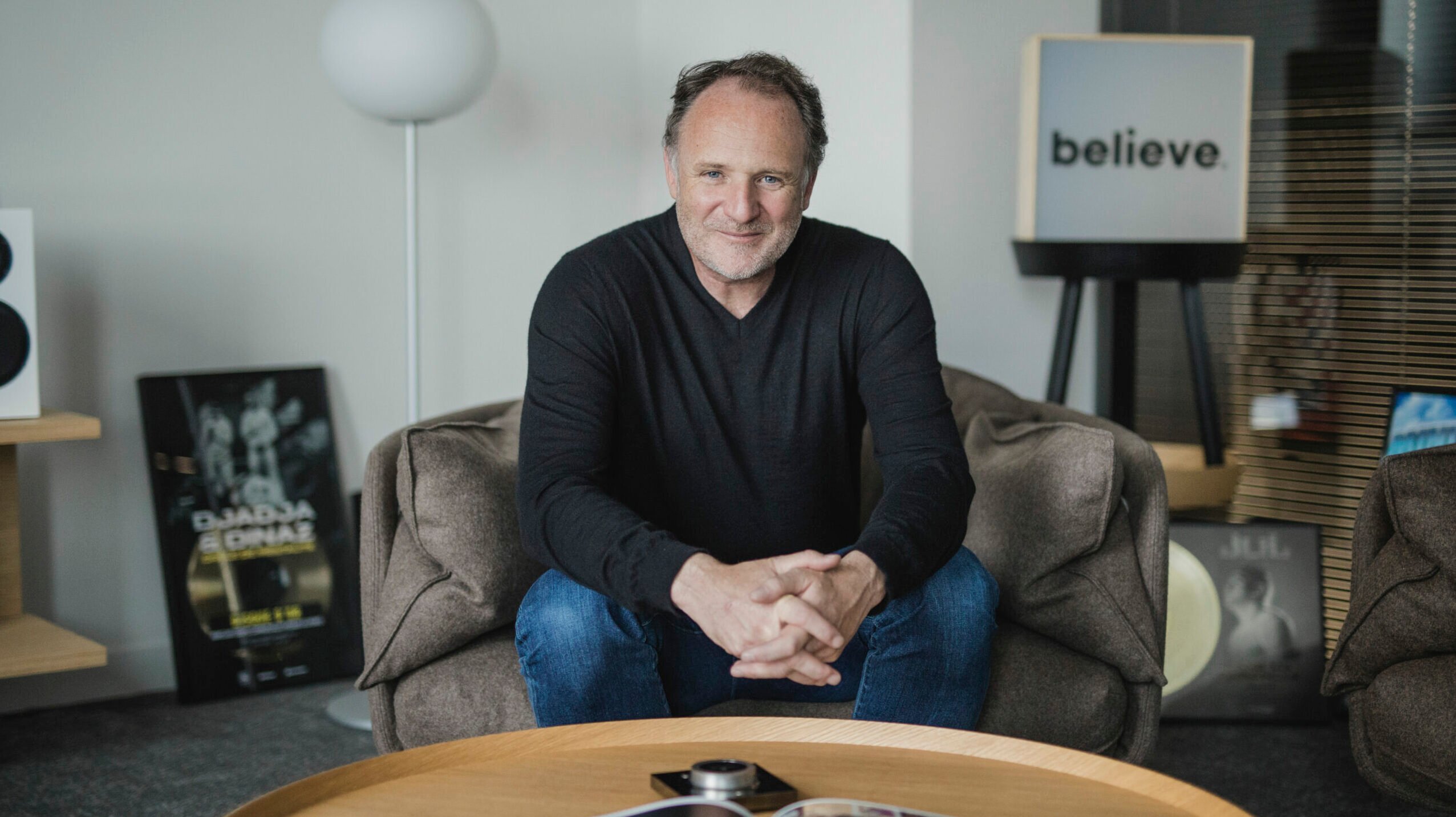 Paris-headquartered music company Believe has published its revenue for Q1 2022.

Believe also reports that its Digital revenues were up 35.3%  in Q1.

The company says that this growth reflects “positive market dynamics across the board as a result of favorable market trends, as well as strong and profitable investment in local teams, notably across Asia and Europe”.

Believe says that its revenue growth in the APAC region is owed to market dynamics which, “remained strong across the various regions and growth was particularly strong in China, India and the Philippines”.

Added Believe: “The Group further consolidated its market position in Asia thanks to significant investment in local teams and to the strengthening of premium services offering.

“Organic revenues were also uplifted by the extended service agreements with Think Music and VMAG, which were part of the transactions signed with Believe in Q4 2021.

Last year, Believe announced its intention to spend EUR €100 million a year on acquiring music companies in various fast-growing territories around the world, with this strategy resulting in the acquisition of stakes in labels in the Philippines and India, amongst other markets.

Believe says that its organic revenues “were uplifted by the extended service agreements” with Play Two and Jo&Co, the two independent French labels in which Believe acquired stakes in Q4 2021.

Believe reports that this growth is a result of “strong activity level in Latin America notably in Argentina and Brazil thanks to solid investment in local sales and marketing and solid growth in the United States reflecting TuneCore performance”.

Looking to forward to 2022, Believe says that Revenues generated in Russia and Ukraine are anticipated to decrease by between 30% and 40% in FY 2022 compared with 2021.

Believe says that it generated around €50 million in revenues in Russia and Ukraine last year.

“Business with local DSPs is also indirectly affected by the ruble depreciation, partially compensated by increased monetization. Believe operates with full compliance with international sanctions and recommendations and is closely monitoring their evolution to take any new required actions.”

Outside Russia and Ukraine, Believe says that its “business dynamics remained strong”

“We started the year on a strong quarter and further demonstrated the attractivity of our model and the strength of our focus around local acts.”

Denis Ladegaillerie, founder and CEO said: “We started the year on a strong quarter and further demonstrated the attractivity of our model and the strength of our focus around local acts.

“The current world situation softened our pace of growth in the first quarter, but the impact was minimal. We anticipate repercussions will be more important from Q2 onwards.

“However, we will keep on growing profitably. The resilience of our model will allow us to remain on a solid trajectory and our investments in the central platform and in local teams will enable us to leverage the long-term growth and transformation of the digital music market.”

These results marked the company’s first full year results since floating on the Paris Euronext last summer, where it currently commands a market cap valuation of €1.21 billion ($1.43bn).

All EUR-USD conversions in this report for Q1 2022 have been made as the average prevailing rate as identified by the European Central Bank.Music Business Worldwide