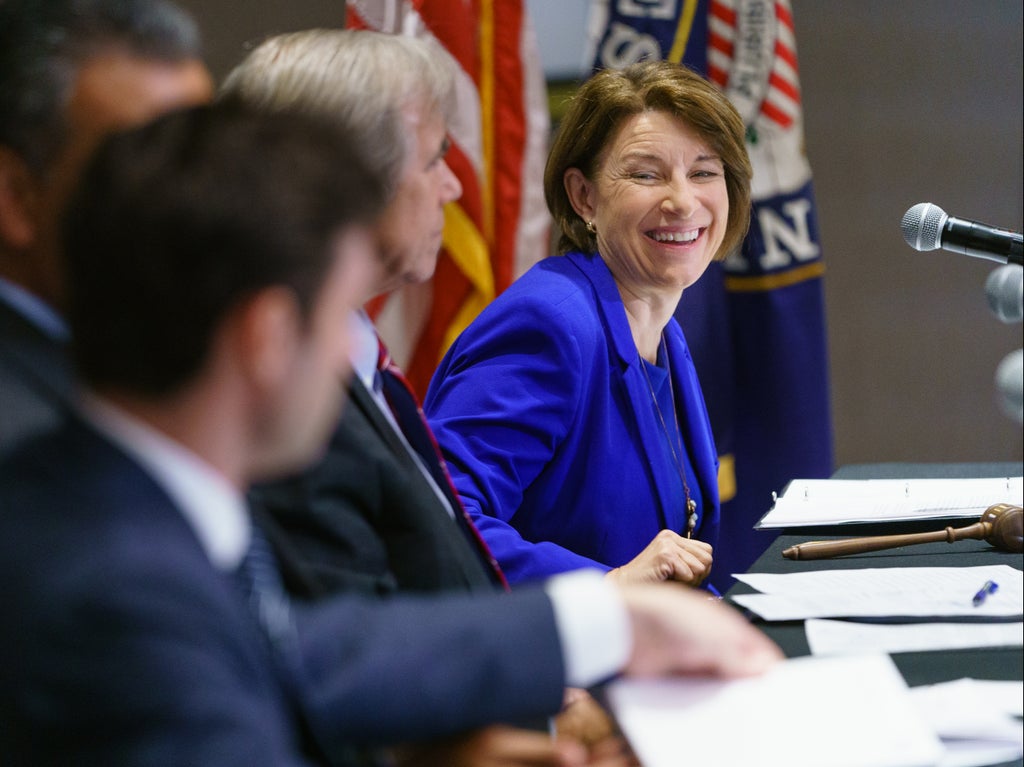 Democratic Minnesota Senator Amy Klobuchar has announced that she was diagnosed with breast cancer earlier this year.

Following successful treatment during the spring, Ms Klobuchar has now said that it’s unlikely that she will develop the disease again.

“In February of this year, doctors at Mayo Clinic found small white spots called calcifications during a routine mammogram. After this was discovered, I had a biopsy at Piper Breast Center in Minneapolis, and then learned that I had Stage 1A breast cancer,” the senator and 2020 Democratic presidential candidate said in a statement.

The 61-year-old senator was sitting in her Washington DC apartment when she learned of her diagnosis, the StarTribune reported.

“After a number of other tests, I returned to Mayo and had a lumpectomy on the right breast which involved the removal of the cancer,” she added in the statement. “In May, I completed a course of radiation treatment, and after additional follow-up visits, it was determined in August that the treatment went well.”

She said recent months have been “scary at times, since cancer is the word all of us fear” but she added that her doctors think that her “chances of developing cancer again are no greater than the average person”.

Ms Klobuchar went on to thank the doctors, nurses, and her friends and family for their support during the surgery and radiation treatment, which she said, “coincided with my dad’s illness and death”.

She started her radiation treatment two days after her father Jim Klobuchar died in May. “That was the hardest part for me,” Ms Klobuchar told the StarTribune. “My husband and my daughter were the rocks for me the whole time.”

She said the support she received allowed her to “continue my work with my colleagues on major pandemic and economic legislation, as well as chairing the joint Senate January 6th investigation and the For the People hearings while undergoing cancer treatment”.

Both the Senate and the House have launched investigations into the Capitol riot insurrection on 6 January when a pro-Trump mob laid siege to the Capitol in an effort to stop Congress from certifying President Joe Biden’s electoral college victory.

Ms Klobuchar is a sponsor of the For The People Act, the Democratic bill that would, if passed, overhaul voting and is aimed at making access to the ballot easier.

The Democrat noted that many Americans have been delaying their physicals and check-ups during the pandemic. “I know that because I delayed mine,” she said.

She noted that more than a third of adults have said that they have delayed care because of concerns about Covid-19.

“Studies have found that thousands of people who missed their mammogram due to the pandemic may be living with undetected breast cancer,” Ms Klobuchar said. “Over and over, doctors are seeing patients who are being treated for more serious conditions that could have been caught earlier.”

“There is rarely a good time to go in for a mammogram or routine health screening,” she added. “So many Americans are still juggling their children on their laps and their laptops on their desks. They are constantly balancing their families, their jobs, and their health. It’s easy to put off health screenings, just like I did.”

She said she hoped her experience would be a reminder for everyone about the “value of routine health checkups, exams, and follow-through”.

“I am so fortunate to have caught the cancer at an early enough stage and to not need chemotherapy or other extensive treatments, which unfortunately is not the case for so many others,” she said.

“Like often happens with anyone dealing with illness, this experience gave me time to reflect on my own life and those I love,” the senator said towards the end of her statement. “It also gave me renewed purpose to my work. I have immense gratitude for my family, friends, colleagues, and the people of Minnesota, and I know that each day is a gift.”

Dr Sandhya Pruthi, a consultant at the Mayo Clinic, told the StarTribune: “We know that when breast cancer is detected early, and because it’s localized, the five-year survival rate is anywhere from 95-99 per cent.”

“We want women to know that if there is an abnormality and a change on their breast exam, or there’s something new that they haven’t felt before and it’s different from the other breast, to seek examination and get it checked out,” Dr Pruthi added.