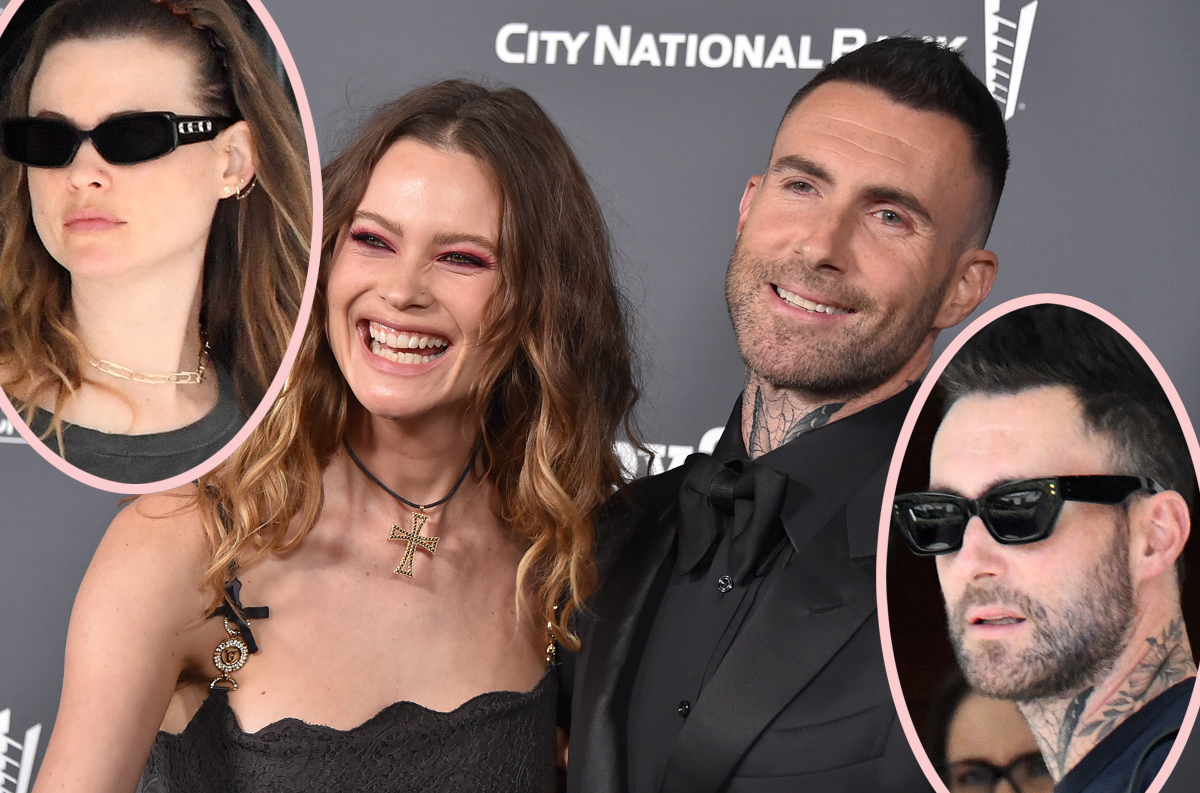 If you were wondering if Behati Prinsloo is buying Adam Levine‘s version of the cheating scandal… look for yourselves, we guess!

The couple were spotted on Tuesday stepping out for the first time since the accusations dropped earlier this week. For those who didn’t hear, on Monday morning, an Instagram model named Sumner Stroh claimed in a TikTok that she and the rocker had an affair for “about a year” recently. We’ve been able to narrow that down slightly in that a family member of the influencer said they hooked up in Austin in September while he was in town for a Maroon 5 concert. We also know it was over well before June 1 because that was the date when the 23-year-old claimed he “came back into” her life after months of silence, asking if it was OK if he named his and Behati’s next baby “Sumner” in tribute to her. His alleged mistress.

Related: Was Adam Levine Also Insta-Flirting With A 17-Year-Old Girl?!

The model brought the receipts, showing of lots of DMs from the former The Voice coach. So it’s not like he could completely deny it. Instead he denied what he could, saying he “crossed the line” and “used poor judgment in speaking with anyone other than my wife in ANY kind of flirtatious manner” — but swore there was never an actual “affair.”

Did Behati believe him? It looks like it! Or perhaps, that’s what they want people to think? In the first photos of the couple, obtained by DailyMail.com, they really did appear not to have a care in the world. Both were smiling like it was just another day out — and very much unlike a f**kboy whose house of lies was crumbling and a pregnant mother of two who just realized her man cared more about hooking up with strange women than honoring their eight years of marriage. Yeah, they don’t look a thing like that…

As they went to pick up their kids from school near their Montecito, California home, they seemed to smile for the cameras. Almost like they knew the paparazzi were there and specifically put on a smile to keep up appearances. We’re not saying that’s what happened… but it’s also hard to believe Behati has already forgiven and forgotten this.

After all, we’re talking about accusations of a yearlong affair from one woman — and multiple others already speaking out showing their own DMs from the She Will Be Loved singer. Even if the only thing he actually did is what he owned up to in his statement, that includes flirting with other women AND potentially talking about naming his child after one.

We mean, if he really did suggest the name “Sumner” to Behati, that’s a hell of a transgression right there already. What would YOU do if you found out your husband was trying to name the child inside you after a hottie he was insta-flirting with? Would you believe him when he said nothing physical happened with her?

On top of that you have the messages that talk about meeting one another in person. We mean, we’re definitely having a really hard time buying this denial.

Then again, maybe Behati believes it… because she wants to believe it? Because the stress of not believing him would be too much to deal with right now? After all, they live in a $50 million house, they’ve got two kids and another on the way, there’s plenty of incentive for her to want to believe he’s telling the truth, for her to want their home to keep from crumbling — especially while she’s pregnant. So hey, if Behati really is happy, then that’s what’s best for her and her pregnancy. We just hope she’s in a situation where she can stay happy forever.

What do YOU think? Are they actually fine right now? Is this all a show for the cameras? Give us your hot takes in the comments (below)!