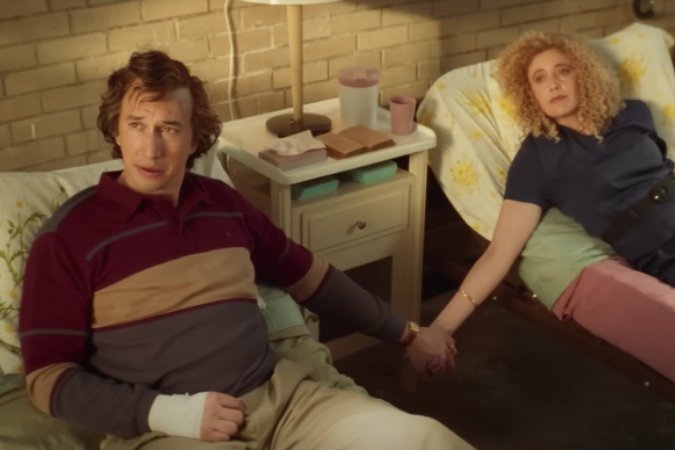 Adam Driver had a backup stomach on the set of White Noise in case he didn’t put on enough weight; R.I.P. Triangle of Sadness star Charlbi Dean; Footage from Avatar 2 was recently screened in China. All in today’s Movie News Rundown.

RIP Charlbi Dean: South African model and actress Charlbi Dean died Monday of an unexpected illness, according to the Associated Press. She had just recently made waves in the movie Triangle of Sadness, which won the Palme d’Or at this year’s Cannes Film Festival. In 2009, she survived a near-fatal car accident, and has made a name for herself in the modeling industry by walking the runway and gracing magazine covers, the AP adds. Dean also had a recurring role on The CW’s Black Lightning. She was 32.

Remembered: Triangle of Sadness director Ruben Östlund remembered Dean in a heartfelt Instagram post: “Charlbi’s sudden passing is a shock and a tragedy. It is an honor to have gotten to know and work with her. Charlbi had a care and sensitivity that lifted her colleagues and the entire film crew. The thought that she will not be by our side in the future makes me very sad,” he wrote. “At this difficult time, my thoughts go out to her loved ones, her family and her fiancé Luke.”

Nope Sequel?: Jordan Peele gave Nope fans a little hope for some of their lingering questions to be answered — and perhaps a sequel to Nope, though of course nothing is confirmed — in an interview with The New York Times. Responding to fan theories about a character who didn’t make it into the movie named Nobody, Peele said, “The story of that character has yet to be told, I can tell you that. Which is another frustrating way of saying, I’m glad people are paying attention.” He added: “I do think they will get more answers on some of these things in the future. We’re not over telling all of these stories.”

The Backup Stomach: Adam Driver had to put on weight for Noah Baumbach’s White Noise, and there was even a “backup stomach” waiting in the wings in case he didn’t gain enough. “I put on weight and we had a backup stomach, and then we didn’t need the backup stomach,” Adam Driver said cheekily at a press conference for White Noise at the Venice Film Festival, according to Variety. Considering the criticism that Sarah Paulson faced for wearing a fat suit in Impeachment, it’s probably for the best that Driver’s backup stomach sat this one out.

Early Avatar Screening: Footage from the much, much–anticipated sequel Avatar: The Way of Water was screened for a special audience at China Film Group, according to Deadline. James Cameron himself even said “thank you” in Mandarin in a quick video, adding, “With the first Avatar, we set out to push the limits of the big screen. With the new Avatar films, we’re pushing those limits even further.” Release the movie already!

Fun Fact: Maybe everybody already knew this but me, but Deadline reminded us of news they reported back in March, which is that the original Avatar was re-released in China last year, earning the film another $58 million at the box office — and that’s how Avatar snatched back the title of highest grossing film of all time from Avengers: End Game.

I’ll Leave You With This: Please enjoy Adam Driver saying “Do not compare me to my father!” in what I believe is the best scene from Baumbach’s Marriage Story. Give Adam an Oscar!