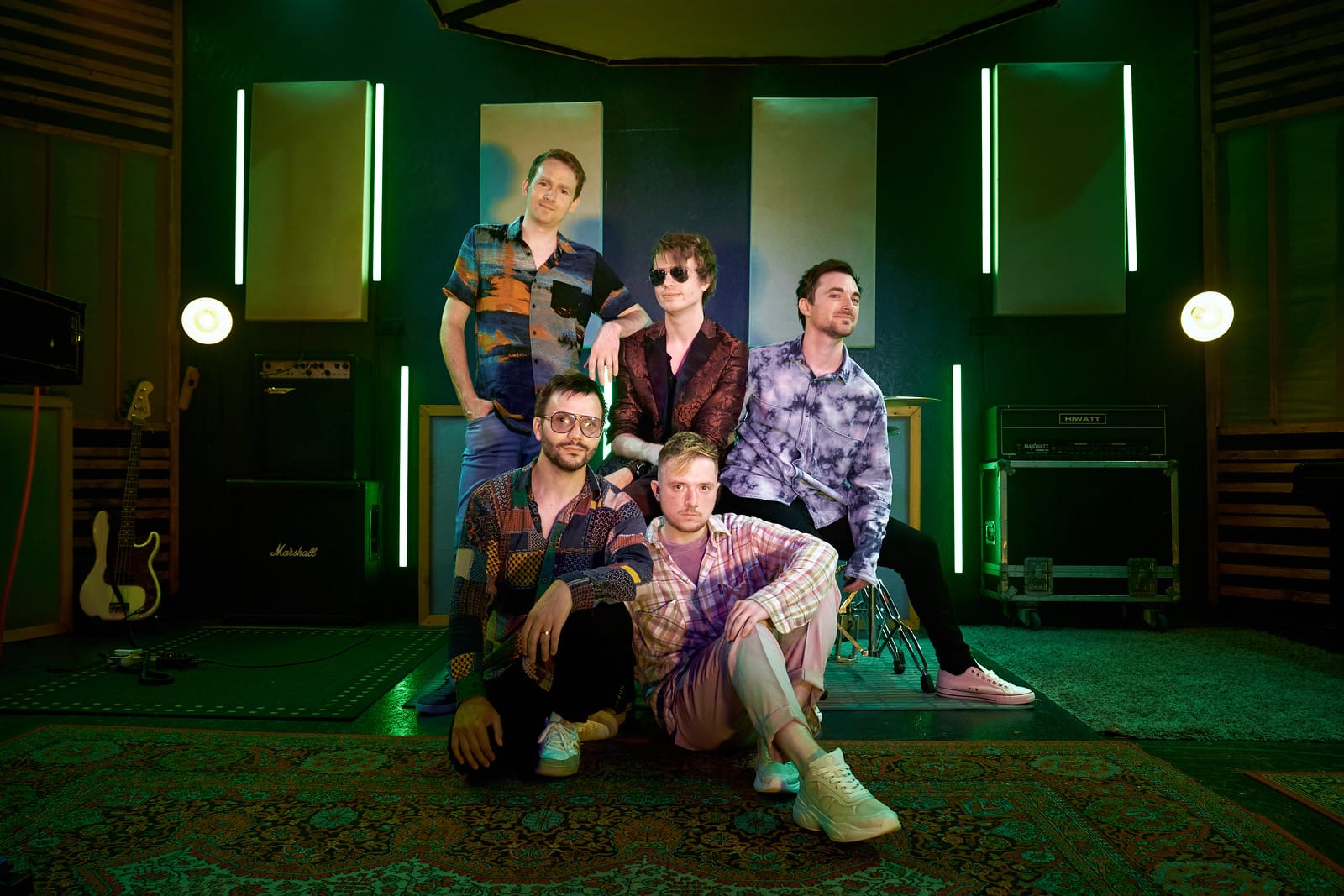 A breath of fresh air in the indie music scene, Irish group Afterbliss will ensnare your senses and leave you with a stupid grin on your face. We speak with drummer and co-founder Ally Pender about their new EP Unknown Machine, compliments and future plans.

OSR: How did Afterbliss come about?

Pender: Afterbliss was a project started by guitarist Alex Burcea and drummer Ally Pender in 2018. The pair met while playing in another group and found they had a strong creative writing spark. After drafting up some early versions of songs, they began to audition people to become full-time members. Afterbliss was completed in 2019 with the addition of Evan Cassidy on lead vocals, James O’ Gorman on guitar and Shane Waldron on bass who have all shaped the Afterbliss sound into what it is today.

OSR: What can you tell us about your EP Unknown Machine?

Pender: Unknown Machine is the amalgamation of our first three singles and two additional unreleased tracks. It’s big, it’s powerful and every track is oozing with soulful melody. The music will speak to you and the lyrics will resonate with you. We hope that when people are finished listening, they will feel at least a small aspect of their soul has been empathised with and we hope people will come away wanting more.

OSR: What was the recording and writing process like?

Pender: It’s been an incredible journey! We were in a great position as Alex had the skills and technology to record great quality demos of us playing. We were then able to meet with producer Alan Kelly with about 22 songs in our arsenal. From there, it was a case of narrowing it down to the ones we felt were the strongest. We decided to record in the famous Windmill Lane Studios as the collective mindset for this band has always been to come away from every individual experience with the knowledge that we couldn’t possibly have done it better. It’s a very strong driving force that we will carry into our live gigs and all our future endeavours!

OSR: What has it been like working with producer Alan Kelly and engineer Fergal Davies on your EP?

Pender: It’s been an absolute blast. We were probably a nervous wreck when we first began working with them but it’s pushed us to play at our very best. We’ve worked very closely with Alan and he’s been great. So laid back in regards to putting us at ease but at the same time, he hears and visualises absolutely every little thing! No stone left unturned, right down to hitting the correct part of a wall with a drumstick to get a desired sound.

I’m not sure any of us have actually met Fergal yet… He’s like an unseen Godly force who polishes our tracks to perfection. We can’t confirm if this fantastic mythical being exists yet but we are for sure looking into it.

OSR: If you could change one thing about Unknown Machine, what would it be?

Pender: I think we can confidently say we wouldn’t change a thing! We hope that doesn’t sound too much like we’re blowing our own trumpet.

OSR: How did the pandemic lockdowns affect your writing, recording and production of music?

Pender: Oddly enough, it sort of went in our favour. When we first started as a band we made a decision that we wanted to build things up very slowly and only start gigging when we had material to showcase and promote beforehand. So when live music stopped, it took the pressure of gigging out of our hands entirely. We were able to put 100% of our effort into writing and recording without feeling like we were missing out on gig opportunities. Recording was thankfully made possible while implementing social distance procedures so we were able to follow our original plan.

OSR: If you had to name one thing that makes Afterbliss stand out from the other artists, what would it be?

Pender: I’d say it’s how professional we appear to be for such a new band. When people see our shows and hear our music I think we come across as a band that’s been around for ages when in reality it’s only been a couple of years. When we play live we want to create an experience where you don’t feel like you’re just coming to see your mates band in the pub. We don’t want to spoil it but we will be putting on a proper show! We want people to come away from our performances thinking: “these guys really know what they’re doing”.

OSR: What do you hope people take from Unknown Machine?

Pender: We tend to write our material based on our own experiences through life, but we try not to get too into the nitty-gritty of these as we would love for people to attach their own meanings to the songs. We would be absolutely honoured if someone attached their own memories and feelings to our music.

OSR: If you had to pick a single word to describe this year so far, what would it be?

Pender: Crescendo. For us this year has been all about trying to build ourselves more and more. We’ll be exploding into the live music scene in Whelan’s on October 29th! And there will be a lot more to come in the future.

OSR: What is the best compliment you have ever received?

Pender: My dad told me we “weren’t quite his music taste” but was very impressed nonetheless. Brought a tear to my eye!

OSR: What are your future plans for Afterbliss?

Pender: We’re planning to promote our EP and continue gigging as much as we can now. We have an album in the works which will be due out in 2022! And we may have one or two more music videos in the pipeline, so stay tuned!