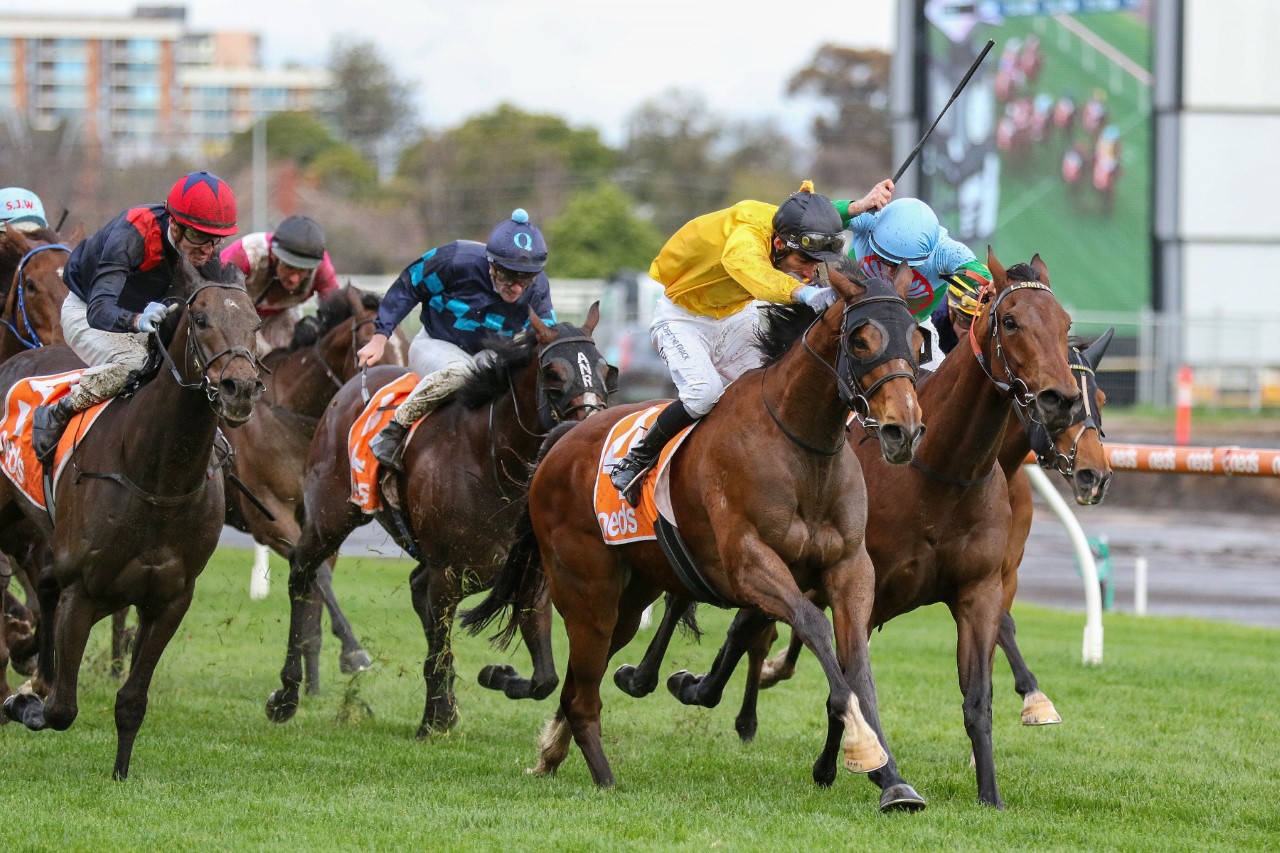 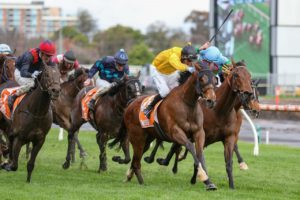 The placement from O’Brien to get the six-year-old back in handicap company off a string of tough weight-for-age runs in Australia paid dividends, and Callsign Mav could be in for more elite level success this spring.

A three-time Group 1 champion back across the Tasman, the gelding had been tested against the best in Oz.

He had run in the Cox Plate, Australian Cup and All-Star Mile without success.

It was a different story in a what O’Brien called a “softer race” in the Sir Rupert with Callsign Mav carrying 57.5kg to a narrow win over the Peter & Paul Snowden-trained I Am Superman.

“It’s great to see him a Group 1 winner in Australia as well.”

In third off an on-speed run was the beaten favourite Tuvalu ($4) with just 54.5kg.

Callsign Mav relished the wet track and ran over the top of his rivals late to hand hard-working hoop Jamie Mott with his maiden win in Group 1 grade.

“I always knew it was coming,” Mott told the media after his success.

“I’m one for working hard and always believing in what you are doing.

“Give up is not an option. I put myself in a good spot weight wise and mind wise this campaign and I’m thankful to Danny and the wonderful connections for keeping me on Callsign Mav.

“They deserve it and the horse does as well.

“He’s a three-time New Zealand Group 1 winner who they’ve been saying is not up to it here.

“He got conditions to suit today and he was really tough when I needed him.

“There was good tempo and I had an easier option on him today.

“He’s normally on speed and really fighting out late. Today I had a softer option and I was able to travel and he really enjoyed the conditions.

“He travelled up well into the straight and was in for the fight.

“He got up to Tuvalu and I felt I Am Superman coming, but he was never going to lie down.”

No horse has completed the Sir Rupert – Toorak double since Trust In A Gust (2014).

Callsign Mav is at a current all-in quote of $11 in pre-field Toorak Handicap markets at Ladbrokes.com.au.